Sense Out Of Nonsense: Northern Ireland, Brexit, and Liz Truss 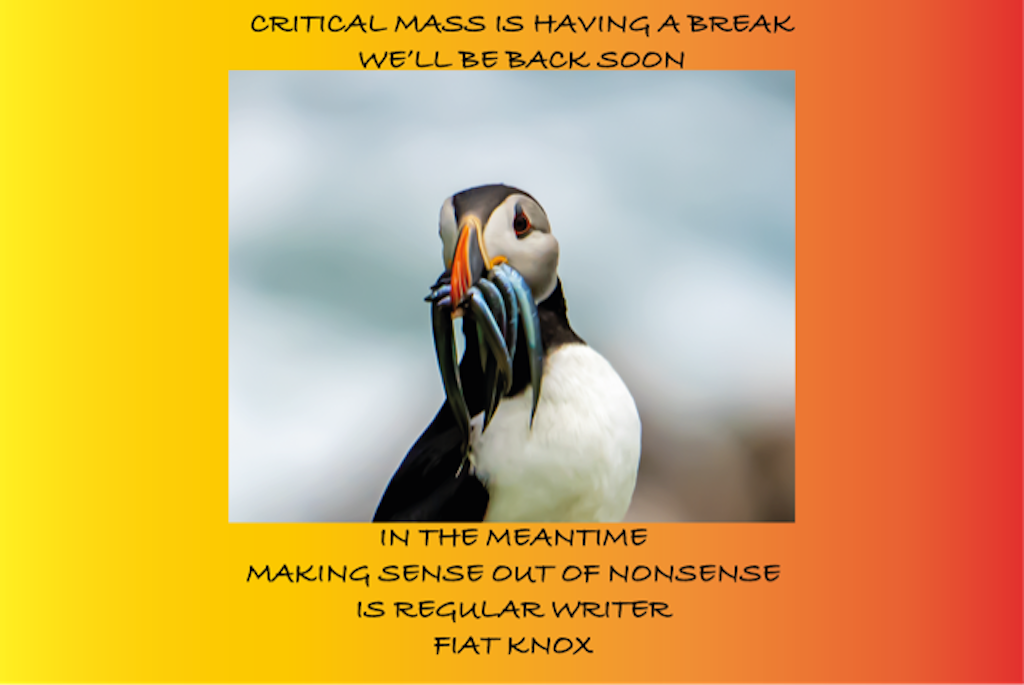 Northern Ireland has been prominent in the headlines in the week beginning 9th May. The situation has been a thorn in the side of the Tories since the Brexit referendum back in 2016, even before the referendum itself. This contentious piece of land, which has borne the Union flag stamp for 101 years, has been a source of much friction and even bloodshed, which has been felt in the UK for decades.

The Good Friday Agreement put an end to the Troubles and brought an uneasy peace to Northern Ireland, but nobody ever thought that somebody would be so utterly, thoughtlessly, stupid as to attempt to tear up that agreement.

But then, nobody ever imagined a British government would ever be so utterly, thoughtlessly stupid as our current circus.

Brexit has been problematic for Northern Ireland. The shortsightedness of the Tory government basically ignored the fact that there happened to be a huge border between Northern Ireland and the Republic of Ireland next door. Northern Ireland, a small piece of Ireland which sincerely wanted to remain a corner of England, vehemently resisted the construction of a new border: they had only just come out of a long, slow, bloody, conflict with the UK, and nobody with any sense at all wanted to go back to those days of violence and terrorism.

Nobody, it seemed, except the grunting, snivelling imbeciles in Westminster.

Brexit was so problematic that, in 2017, then PM Theresa May offered the NI DUP party a bribe of £1 billion to keep them on Westminster’s side.

This had the desired effect – Northern Ireland kept quiet, and they rubber stamped Brexit, confident in the assurance from the new PM, Johnson, that there would be no kind of hard border.

So Brexit passed. And in order to secure Johnson’s Brexit promises, the Northern Ireland Protocol was drafted and became legally binding.

Which, of course, is why there is so much outrage now, in 2022, when Johnson began targeting the Northern Ireland Protocol for repeal, against international law.

There cannot be a less competent Minister than the present Secretary of State for Foreign, Commonwealth and Development Affairs of the United Kingdom, one Liz Truss.

I presume, by her unblinking, emotionless, vacant, perpetually confused expression, her empty eyes, and the utter lack of empathy in her voice, that ‘Liz’, in this case, must be short for ‘lizard’.

Both anger and bewilderment seem to follow in Truss’s wake. Witness her absolutely slapdash performance in the run-up to the occupation of Ukraine. People can only imagine that this pathetic exemplar of the Dunning-Krueger Effect holds this position as a deliberate choice from the highest levels of the Cabinet and the Government.

Deliberate, because they don’t want diplomatic solutions, compromises, or anything which would put Brexit and Johnson at a disadvantage. They chose someone who seems incapable of listening or thinking for herself.

What is the Protocol?

You can read the European Commission’s page on the Protocol here.

To summarise, the Protocol …

… provides alignment with EU rules related to the Single Market for goods and the Customs Union;

… establishes that necessary checks and controls must take place at Points of Entry on goods entering Northern Ireland from the rest of the United Kingdom or any other third country;

… applies EU customs duties to goods entering Northern Ireland from any other part of the United Kingdom or any other third country unless those goods are not at risk of moving on to the EU.

UK authorities are solely responsible for the application and implementation of the Protocol. This isn’t something imposed on us by the EU – we told the EU that we would be doing the checks.

EU institutions and bodies can monitor the UK authorities, per Article 12.

All of these arrangements were put in place and passed into law by the UK, as part of the whole Brexit deal. The UK has responsibilities which were set out by the UK government, not imposed by the EU.

Johnson effectively told the EU that Britain would be taking charge of such arrangements as border checks, and so on. The European Union, for its part, has just sat back this whole time, like a parent watching a stubborn five-year-old laying down the law about how the child would be tidying their own room, running their own baths, and putting on their own clothes.

Of course, the child is incapable of actually doing these tasks – it is beyond them – but Johnson, and Truss, still insist on doing things their way. And the result, as you might guess, is a worsening mess in all areas.

The recent elections in Northern Ireland

The backlash from Brexit, and the Tories’ breaking of laws they wrote themselves, has been tremendous in Northern Ireland. The party of unification, Sinn Fein, swept the boards in the 2022 election.

People are openly speaking of a nationalist agenda (and here, the term ‘nationalist’ is not synonymous with ‘nazi’, but refers to the idea of a single Republic of Ireland, with Northern Ireland renouncing its British stamp and being brought back into the fold to become a single Ireland for the first time in 101 years), and there’s a real sense that ‘Northern Ireland’ could soon be swept into the dustbin of history, with all its associated pomposity and Orange Lodge bigotry.

You can imagine the howls of anger and despair coming from Westminster. After the amazing and inspiring result of the local council elections of May which showed resounding Tory losses everywhere, including Westminster Council which is now a Labour Council, Johnson might have been looking for a glimmer of hope with the decision to tear up the Northern Ireland Protocol. He could not have been more wrong.

With Sinn Fein now in the majority on both sides of the border, and the whole Protocol set to be attacked unlawfully (unlawful even by the UK’s own law), even the distractions of Partygate can’t draw attention away from Johnson’s calamitous incompetence and short-sightedness here.

Years ago, all Johnson wanted was to outdo his old Etonian rival’s achievements, that rival being David Cameron. Cameron merely seemed to be content with the legacy of having his portrait on the wall of the Bullingdon Club with a plaque proclaiming him to be ‘Prime Minister’. Johnson’s jolly romp would seem to have been to put his name into the history books as a statesman who presided over some Great Historical Event, like the Balfour Declaration or maybe the sailing of the Mayflower from Plymouth.

Well… the way he’s going, he could well accomplish this – though he may not want to be associated in the history books with the end of the United Kingdom, the unification of Ireland, the dissolution of the Union, the devolution of Wales, Scotland, and Ireland, and the ultimate reduction of England to something like the eighth richest nation, boiling in a pot of its own wastes.

The way he’s going, this legacy might not be something he really wants to attach to his name at all.