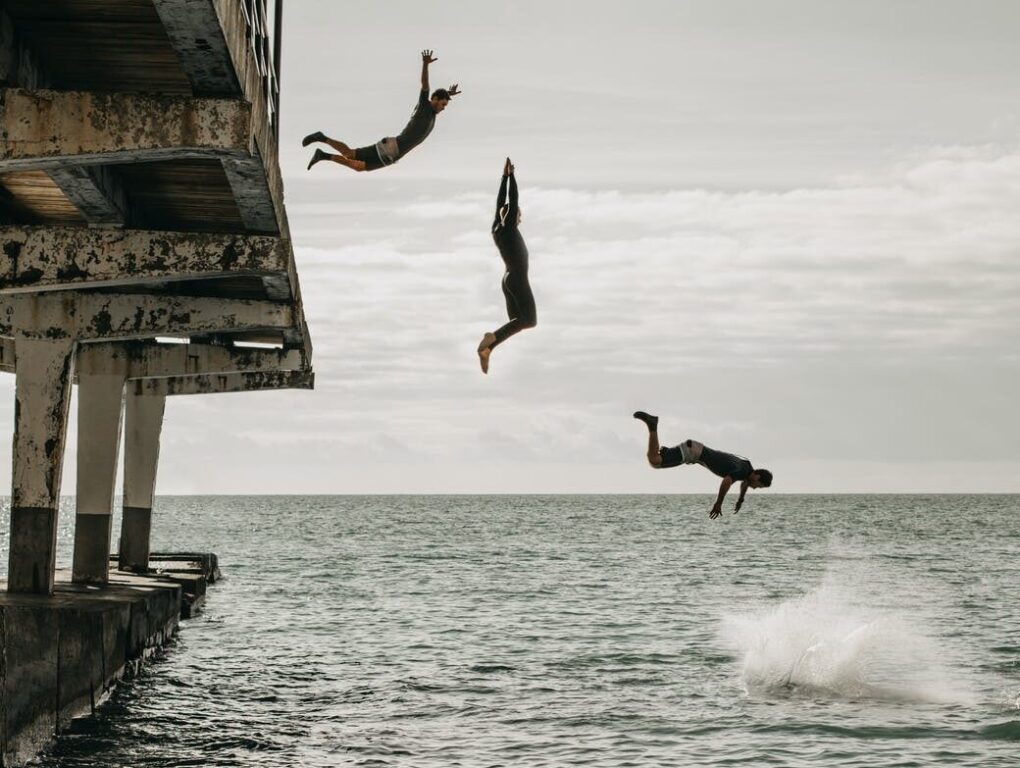 EITHER through biological lineage, ideology, heroics, vandalism, stories, or a litany of other forms, life will strive to embed its existence on the culture it exists within. The more intertwined a sense of self can be within the fabric of reality – be it through myth or action – the more the ‘self’ can force acknowledgement onto others.

Self preservation, put simply, is the need to promote ourselves above the needs of others when survival is on the line. For most people, this begins and ends at self defence. This can mean reacting to threats or – for fearful forward thinkers – it can mean obtaining potentially limited resources. To stop there is a bit juvenile though, the full scope of how self preservation leads us to act goes much further. This article will primarily focus on how it leads us to value creating communities and finding a place in those communities.

It would be the simple analysis to say “we are social animals” and be done with it. The question I have is “WHY are we social animals?” Historically, this is part of the ‘obtaining resources’ side of self preservation. Whether through nomadic strength in numbers that preserves defence or an agricultural social preservation of food via logistical labour, we need communities to preserve ourselves.

But what of those people who fall outside the direct scope of community necessity, for example philosophers, school teachers, or janitors?

At the point in which people are unneeded for the community’s survival, that community has achieved ‘comfort’. Unfortunately, comfort comes at a cost of an existential crisis in the form of a question: is our self preservation justified? Prior to comfort, mere existence was the answer to that question – if you survived while others didn’t, you deserved it. But now you can survive by doing nothing so survival is no longer an answer. So what gives the self preservation validity?

There are different proposed solutions to this (examples ranging from religion to bigotry to recreating the survivalist struggle), but ultimately every answer is an attempt at a justification for a flawed premise. Validity doesn’t come from something predefined, but that which we have come to depend on as synonymous with self preservation itself: inclusion within a community.

Assuming the above is true, everything we do – from the moment we are born to the moment our influence stops – is an attempt to (first and foremost) survive and (once achieving stability) gain validation from our peers; it is of utter importance to see what this implies. While it is worth discussing what ‘peer’ means and how that influences the way we treat others to earn community inclusion and validation, that is for another time and will be mentioned a bit later on. For now, I would like to focus on the community itself.

What will be helpful to realise is that language has no value other than how much the narratives build communities. While empirical data, logic, and reason are the most universally applicable communication methods to find common ground, these do not always have the same benefit of myth and direct experience when working with closed communities.

This should be repeated: for many closed communities, ‘practicality’ may be an impractical method of communication.

The additional conversation centred around this paradox is a hard one: is removing this rhetoric from communication only reinforcing the myths which are excluding others, e.g. promoting bigotry? Or is it helping to understand that outsiders are acceptable, e.g. ‘good ones’ exist and should be looked for? Or – more likely – both? Regardless, if we are striving to obtain validity of an audience, there is a need to be attentive to what the audience believes. Only by accepting that irrationality may be the most rational method of communicating can some communities be influenced.

With this perspective we can see that ‘risk’ is often not a negative, but a positive. Specifically, when risk is needed to preserve status in a community, a community that we depend on to justify our doubted self preservation, the potential harm is worth the validation.

According to my limited understanding and brief research into things like the ‘Middle Child Syndrome’ and the effects of family dynamics on personality, it seems to be generally accepted, but not well established, that people will shape their personalities on the gaps of their community. Within the context of the core family dynamic, searching for an equilibrium between appealing to parental acceptance and avoiding the shadow of your peers seems, superficially but likely, to be the main motivating factor of why people develop the personalities they do. This is also what would be expected if people act to gain validation from their community.

I honestly don’t see why this shouldn’t generalise for the rest of social dynamics.

How we design our world view when we are young grants inertia which is hard to overcome. If an older sibling mentors a younger, then that role will carry with them through life. Similarly, younger children who fill in the gaps left by the older will carry with them an inherent cultural analysis that their mentors may not have developed. This seems supported by studies which suggest birth order influences the likelihood in becoming leaders.

Author note: please don’t take anything said here as a prescription for a predetermined life. A person should look at these findings as a way to understand and reject that which will restrict them. Not the other way around. While some may argue that your inherent inertia predetermines your limitations, I would argue that knowing about your limitations allows you to combat your inherent inertia – if you are motivated to.

The point of all this is that much of our interaction with society isn’t thought about through the perception of risk and reward, but how we expect society to work and how we fill the gaps we can identify. We don’t think of employment as a risk, i.e. to become dependent on the wages and benefits provided by a company, but where we are expected to fit in. Many don’t think about the conversation of COVID or climate change in terms of risk – the direct and indirect impact it will have on us – but just how we are supposed to be reacting to it. These are fundamentally different depending on what community you identify with. Risk and rationality only have meaning if they align with the gap we are attempting to fill.

If your friends jumped off a bridge…

Typically, the phrase “if your friends jumped off a bridge, would you follow them?” is rhetorical. Something said to show disapproval with herd mentality when the action conflicts vehemently with the teachings of a mentor or parent. But let’s actually consider it.

If the community you found yourself in were all acting as if jumping off a bridge was the best action to do, whether that be through fear or pleasure, with NO ONE going against it, how would you act? This is a hypothetical, so ultimately we can’t know, but I would guess very few would appeal to their own logic and limited knowledge in light of overwhelming influence. When there is a proposed terror, we usually don’t wait to verify it, but instead we follow the herd. If there is a suggested group activity we will be left out of, we don’t usually check to see the harm it will do, but instead follow the herd. Acting in alliance with those you trust is part of finding our place in the community, part of what we need to validate our own doubted self preservation.

Understanding this can have major implications and grant a substantial amount of insight into the way that people act in today’s world.

Why do people reject masks and vaccines? Because they believe the rest of their community is.

Why do people believe in fantasies that hurt others? Because they believe the rest of their community believes it.

Why do people refuse to adapt to the climate crisis? Because they believe the rest of their community ignores it.

This gives a clear explanation why so many young people sympathise with ‘the Joker’ or other nihilistic or absurd characters. The young – in an attempt to find a place in a community – depend on empirical data and science and education to determine their world view. They see the upcoming problems. In contrast, they also see the lethargic response of people that have the capability of stopping it. It creates a self contradictory conclusion that hinders the development of their mature ‘self’:

The only solution is to reject the validation of mentors and find internal validation from their unguided and socially disconnected peers.

The older generations have betrayed the younger. Of course, the older generations can’t understand this because doing so would invalidate themselves and their own community. While this isn’t anyone’s fault, it is time to recognise what led us here: we care more about validation than survival. The younger generation has not been indoctrinated into this community irrationality. They are more likely to see the world for what it is and not what society demands it to be. We need to listen to the younger generations and admit that ‘respect your elders’ may be doing more harm than good.