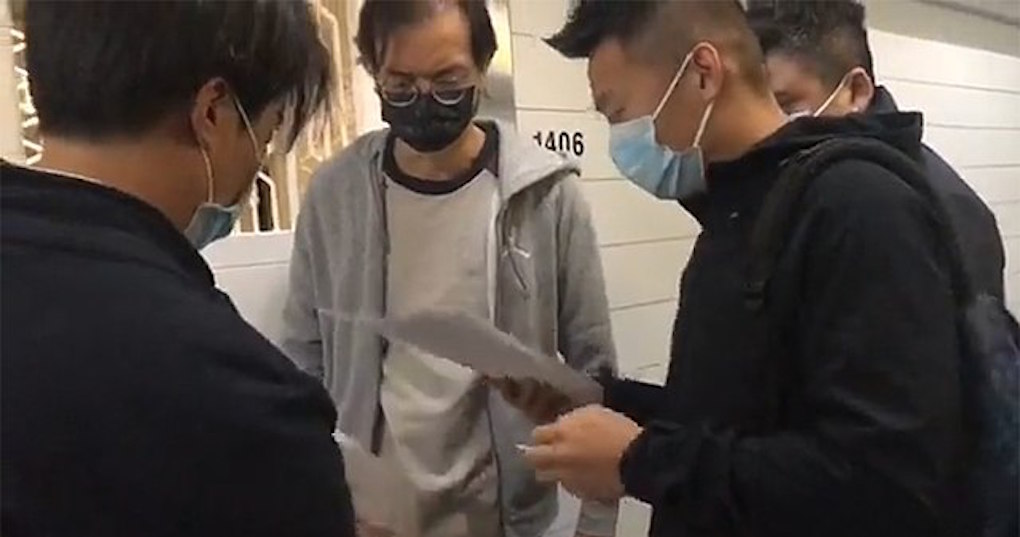 AS WE reported last week, the Chinese authorities have been clamping down on Hong Kong’s freedoms since the introduction of the national security law last year, and yesterday two former senior editors were charged with conspiring to publish seditious material.

Police stormed into the Stand News office in the latest crackdown on Wednesday, seizing phones, computers, documents and thousands of dollars. Its acting editor-in-chief Patrick Lam had previously been arrested and was brought handcuffed to the headquarters during the search.

More than 200 officers were used to search the Stand News office with authorisation to seize journalistic materials. Its assets of around HK$61 million were also frozen.

Mr Lam and former editor-in-chief Chung Pui-kuen were charged along with Stand News’ parent company, Best Pencil (Hong Kong) Limited, for conspiring “together and with other persons, to publish and/or reproduce seditious publications,” according to court documents.

The Chinese government’s liaison office in Hong Kong termed the arrests an ‘act of justice’ and accused Stand News of inciting secession. “Bringing the relevant Stand News personnel to justice is a matter of ‘the wicked getting what they deserve’ and has nothing to do with freedom of the press,” a spokesperson said in a statement.

The liaison office added that Stand News was an “out-and-out political organisation” which “kept publishing articles that incited others to use violence and even split the country”.

Stand News is the second Hong Kong media company to be targeted by the authorities after pro-democracy newspaper Apple Daily, owned by the now-imprisoned tycoon Jimmy Lai, was shut down in June after its assets were also frozen under the national security law. One of Stand News’ employees, Mr Chung’s wife, Chan Pui-man, who was formerly with Apple Daily, was re-arrested in prison.

Stand News was set up in 2014 as a non-profit organisation and was the most-prominent pro-democracy publication remaining in Hong Kong after the closure of Apple Daily. Stand News shut down hours after the raid and all of its employees were dismissed. Its website was not accessible yesterday and its London bureau chief, Yeung Tin Shui, said on Facebook his office had also closed. Four former members of the Stand News board — former democratic legislator Margaret Ng, pop singer Denise Ho, Chow Tat-chi and Christine Fang — remain in police custody.

Criticism from the West

After criticism from the US, Canada and the EU, Hong Kong leader Carrie Lam accused Western governments of trampling on Hong Kong’s rule of law by calling for charges to be dropped.

Ms Lam said yesterday that while she agreed with US Secretary of State Antony Blinken’s statement that “journalism is not sedition” seditious acts “could not be condoned under the guise of news reporting”.

Critics of the law, which bypassed Hong Kong’s local parliament, have slammed the secrecy and speed with which it was pushed through, but China’s government says the law is necessary following anti-government protests which escalated in 2019 and 2020.

When Hong Kong returned to Chinese rule in 1997, it was with the promise that wide-ranging rights, including a free press, would be protected. Yet the people of Hong Kong have seen their rights to protest being eroded with alacrity over the last two years with hundreds arrested, books being removed from libraries and restrictions to public databases put in place.

In a city where free speech and access to information have long been enjoyed by its citizens, this is unlikely to end well – be it for the Chinese authorities or the people of Hong Kong.