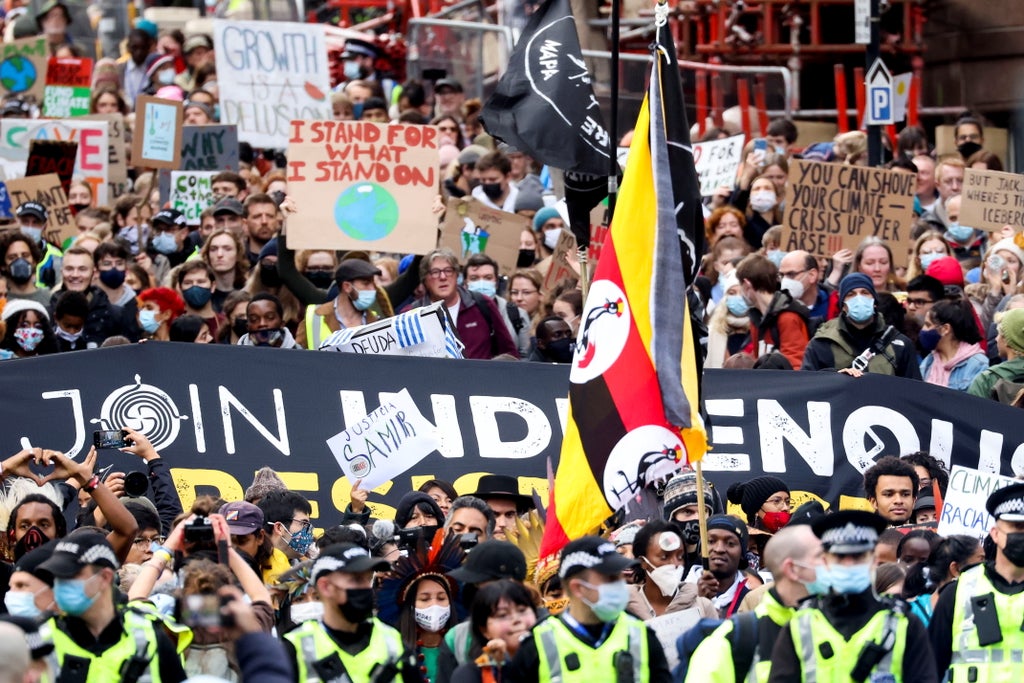 On a day when tens of thousands of school students around the world went on strike demanding greater action on the Climate Crisis and thousands marched in Glasgow outside the COP26 conference, the government launched Duke of Edinburgh-style climate awards for schoolchildren. There is already a long-established award scheme, the John Muir Award. Its four challenges to – Discover, Explore, Conserve, Share – encourage people of all ages to engage with their environment and tackle the threats to its existence. I used it for twenty years in my teaching career.

The Government scheme is not bad in itself. But it is galling for teachers to be schooled by the government and presented with a scheme on which they were not consulted, and which ignores the work they have been doing in this area for many years.

The new scheme is unlikely to satisfy Labour MP Nadia Whittome, who is calling for the government to demonstrate their seriousness about reaching the legally binding target of net zero by 2050 by making Climate Change central to the curriculum.

For all the government’s talk about the importance of skills-based education, it is missing a trick by failing to train the next generation who will be essential to the transition to a low-carbon economy.

I expect many of the young people marching today will be unimpressed by the government’s announcement. For years now the government has been downplaying the importance of the Climate Crisis.

It began with Gove as Education Secretary. He tried to remove it from Geography in the National Curriculum and only teach it in Science. This was against the wishes of the then Energy and Climate Change Secretary, Ed Davey. That was in the days of coalition with the Lib Dems.

This was an important argument. It echoes Nadia Whittome’s argument that the education system must stop treating the climate crisis as a “hypothetical future and instead ensure we are ready for what is an inevitable reality.” Climate Change is not rocket science. Teaching it in Geography goes beyond the science and involves learning about the human cost of Climate Change.

From Educate to Activate

Education should lead young people into action to avert Climate Catastrophe. In this context it is easy to see an award scheme as an attempt to divert young people from climate activism. We have been here before. In 2019 there was immense hostility to school students striking over Climate Change. This came from senior government ministers and was echoed in the Tory media.

They diminished the protests as ‘truancy’ and ignored the demands for action including giving the vote to sixteen year olds. There were inevitable mutterings about left wing teachers encouraging their students. I remember similar arguments when we introduced Anti Nazi League teaching materials into schools. As if encouraging your students to take a stand on racism or climate change is something wrong.

I applaud the activists

I don’t know about you, but I applaud the teacher from that revolutionary hotbed, Ullswater in the Lake District, who went with their pupils to the protest in Glasgow today. Tory politicians trotted out the same old rubbish about how important it was for children to be in school after missing so much education during the pandemic. In my opinion a school trip to COP26 is about the most valuable educational activity you could ask for as the world lurches towards ecological disaster.

Young people today have nothing to learn from MPs who happily voted to ignore corruption in their own ranks in the vote on parliamentary standards on Wednesday. Many of those protesting today will be voters at the next election. I hope they take the opportunity to send these smug, self-serving politicians back to school.