Sally Can Wait – A review of Blair and Brown, the Revolution 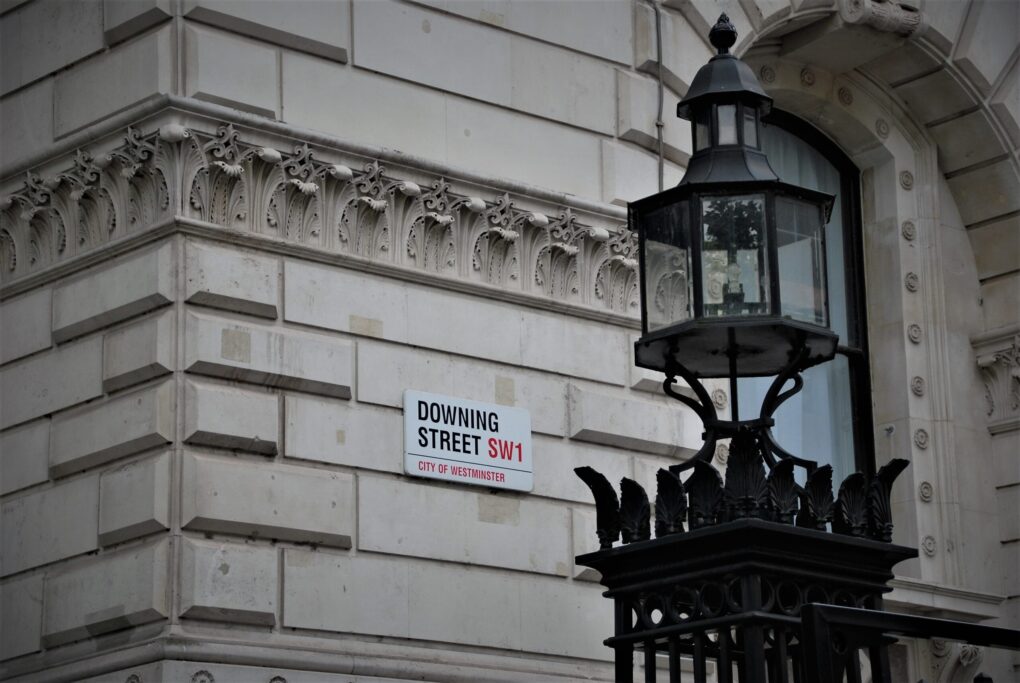 “I had discovered long ago the first lesson of political courage: to think anew. I had then learned the second: to be prepared to lead and to decide. I was now studying the third: how to take the calculated risk. I was going to alienate some people, like it or not. The moment you decide, you divide.”

He walked into a room crowded with journalists. “Good afternoon. In light of the length of the report, the statement that I make will be fairly long. […] The decision to go to war in Iraq, and to remove Saddam Hussein from power in a coalition of over forty countries led by the United States of America was the hardest, most momentous, most agonising decision I took in my ten years as British Prime Minister,” he says. There is no doubt in my mind that Blair went into Iraq out of a genuine desire to remove Hussein, as well as for oil. Blair says, “The responsibility I feel is complete.” If it really is, then why has Blair not apologised for the decision? Tom Kelly says, “The great divide in Britain increasingly became a divide between those like us […] and those who were instinctively anti-war, anti-US and anti-George Bush.” There was a clear divide in the nation, and that was made even clearer on 15th February 2003, when one million came out to protest the war on the streets of London.

I’m going to say it, I thought that the BBC New Labour documentary series was all right. I’d heard about it before it was being advertised, as Peter Mandelson let something slip on a podcast I listen to. The documentary is getting completely slated by people of my political persuasion, which I don’t think is too fair. Obviously, this sort of programming will become more frequent on the BBC, first with the detailed documentary on Thatcher, now with the 1997-2010 period.

I’m looking forward to the Jeremy Corbyn interview when Theresa May gets a turn.

Before I get to the official programme, I think it is only fair for me to give my opinions on Blairism, so you know where I’m coming from. Blair was the Prime Minister when I was born, a time of abundance and ease for our nation. Britain was at war, fighting not just terror but enemy upon enemy. I remember Blairism as a terrible war machine, however a government which made some progressive changes. Brown was, in my book, a better, but slightly politically weaker, leader than Blair. New Labour did a lot of good things (Good Friday Agreement, Sure Start, National Minimum Wage, the longest period of sustained economic growth, highest GCSE results), but was a war machine, constantly fighting pointless battles and wars at home and abroad. We must not forget the sheer number of people killed in Iraq, which most estimates place at roughly one million, many of them children; the crackdown on civil liberties, the attacks on political democracy, a demagoguery not seen in the UK since the Second World War. Even modern day Tory proposals for Voter ID don’t come close to Blair’s ideas. Philosophically, it was a merger of old school social democracy and Thatcherite liberalism, which proved electorally popular in 1997 and 2001. By 2005, something new was wanted. For some, it was far-right authoritarianism in the form of the BNP, and for others it was socialism through Respect. So what do I think of the actual show?

It’s been regularly remarked that the BBC portrays the New Labour period too positively. This is shown most in the episodes discussing 9/11 and the War on Terror. Only a few people who opposed the war were spoken to, despite the fact that the majority of Britons opposed intervention in Iraq. Diane Abbott is the only politician who gets a look in, and she was always slightly closer to the Blair-Brown project than

many other Labour leftists. They could’ve interviewed anybody from the Stop the War Coalition, from Jeremy Corbyn to outspoken anti-war former MP George Galloway (perhaps too controversial), or even somebody not formally involved in party politics like Trotskyist Lindsey German.

It has now become clear that Blair lied to the House of Commons, and therefore the country, when he alleged that Saddam’s non-existent weapons of mass destruction could be activated within forty-five minutes of the button being pressed. Most of the pro-war evidence came from ‘Curveball’, who said that he was a former employee of the Iraqi government, and alleged that he’d worked on an unsafe chemical weapons plant. Curveball’s ‘evidence’ was widely used by Colin Powell in his speech at the UN, trying to make the case for war. Curveball was a liar, and openly admitted to lying for the purposes of removing Hussein later on. That context is widely omitted from the series, probably because Curveball admitted in 2013 that he openly lied. The BBC documentary very much allows you to make your own decision on Blair’s actions.

The storytelling throughout the series is masterful. In my view, the best episode is the final one, which tells everything from Blair’s departure to the 2010 General Election. The soundtrack in this episode is honestly fantastic, and this is evident in no greater moment than when Gordon Brown makes his press conference on the economy after Lehman Brothers collapses. The slow orchestral music inspires hope and optimism, but at the same time reminds you that 2008 was a very different time from 1998, a difference between war and peace, prosperity and destitution. Brown’s most memorable quote here is obviously, “They are running capitalism without capital”, and that fully sums up the mood of his premiership. Not afraid to say the words ‘capitalism’ and ‘monopoly’, but afraid to act to combat their control over our everyday lives for fear of losing Blair’s mythical centre ground. Brown is portrayed as a man of business nervously trapped in the confines of harsh twenty-first century politics.

For me, the best scene is easily the one depicting Brown’s last afternoon in office. By this time, it’d been confirmed that Nick Clegg and David Cameron were forming a government and ministers from the Blair & Brown governments assembled in the Prime Minister’s study. Stewart Wood says, “Mysteriously a lot of the main characters from the thirteen years of New Labour found their way into our office”. Susan Nye adds, “We told jokes, we told all of Gordon’s old jokes at him”. What follows is why I love this scene so much. A picture of Douglas Alexander, Ed Balls, Ed Miliband, Sue Nye, Peter Mandelson and Gordon Brown all assembled around a table on sofas and chairs laughing. Alexander looks close to tears at some of the jokes, perhaps a combination of the sadness around losing and the japes. A different shot shows Alastair Campbell and Andrew Adonis around Brown. Balls says, “It was done. After all those years.” Light piano music plays in the background behind the interviews. This is a perfect representation of New Labour as a whole. A political project rooted in a genuine desire for change, wrapped in a web of spin, deceit, lies and treachery. It’s a nice, happy, positive scene but looks very different from the way in which Tony & Cherie had strolled into Downing Street on that fateful, hot, 1997 day. A political project stripped of its pretences, less than it was thirteen years before.

Perhaps I’m way too sympathetic than I should be for these warmongers. It was Campbell, after all, who had ‘found’ evidence of Saddam Hussein’s WMD programme. It was Brown who couldn’t gather the strength to stand up to it, although he was quietly uncomfortable with the decision. It was Blair whose outright lying led to the deaths of hundreds of thousands, if not millions. This is a wider problem with the BBC documentary, that it makes us forget the terrible things that this government did for a few seconds of sympathy for Brown and co. I had to pinch myself to remember that these were the same people who had killed hundreds of thousands, part-privatised the Health Service and started a programme of mass surveillance on its own citizens.

There’s no getting away from the fact that New Labour wears nostalgia like its favourite dress. Cool Britannia, Oasis, Blur, the Union Jack, Gazza; it was the 90s. The BBC documentary is very good in not cloaking New Labour too much in the shroud of sentimentality, and does somewhat manage to avoid this. Many of the people watching the BBC documentary on iPlayer will not be seasoned political analysts, just ordinary people having their dinner. Most people remembering Blair will probably not be remembering the Ecclestone affair, they’ll be thinking about the 1990s and their happy memories of it. It is a great achievement of the BBC documentary that it does not reminisce too much about the wider cultural events of the era, so as to demean the political and historical judgement. Blairites today are often nostalgic for that era culturally as well as politically, and therefore I am glad that the BBC don’t cloud their aim of providing a meaningful depiction of the events of the New Labour era without having to resort to their yearning for a seemingly more politically sane time.

Then again, the BBC does portray that government in itself incredibly positively, and does omit key information. They neglected to mention the 2009 Expenses Scandal and the damage that it caused Brown, and removed key allies in the Cabinet like Jacqui Smith. Whilst this was not the sole reason for the fall of the Labour government, however, it was a significantly contributing factor. At the start of 2009, Labour were polling at 34% of the vote, not good given the Financial Crisis but not unrecoverable, but by the time that the story had impacted the public on 28th May, the party was at 22%, and that was the change in the space of twenty six days. The thing that actually ended Brown was not the Financial Crisis; in fact he had quite a good grip on that, which other world leaders understood, and was supportive through his part-nationalisation share scheme of the banks, but the Expenses Scandal, which ended the ‘all in it together’ narrative, gave David Cameron a platform by which to paint himself as anti-establishment, when in fact Cameron was Eton educated and a Thatcherite.

In the final scene, that fallen angel of the New Labour era, Blair, asks the audience a vital rhetorical question, “Did we make mistakes? Yeah.” Putting it lightly of course. He adds, “I do think that we had a genuine vision of the future for Britain and, at some point, I think, we’re going to get back to that.” Not bloody likely. Credits roll.