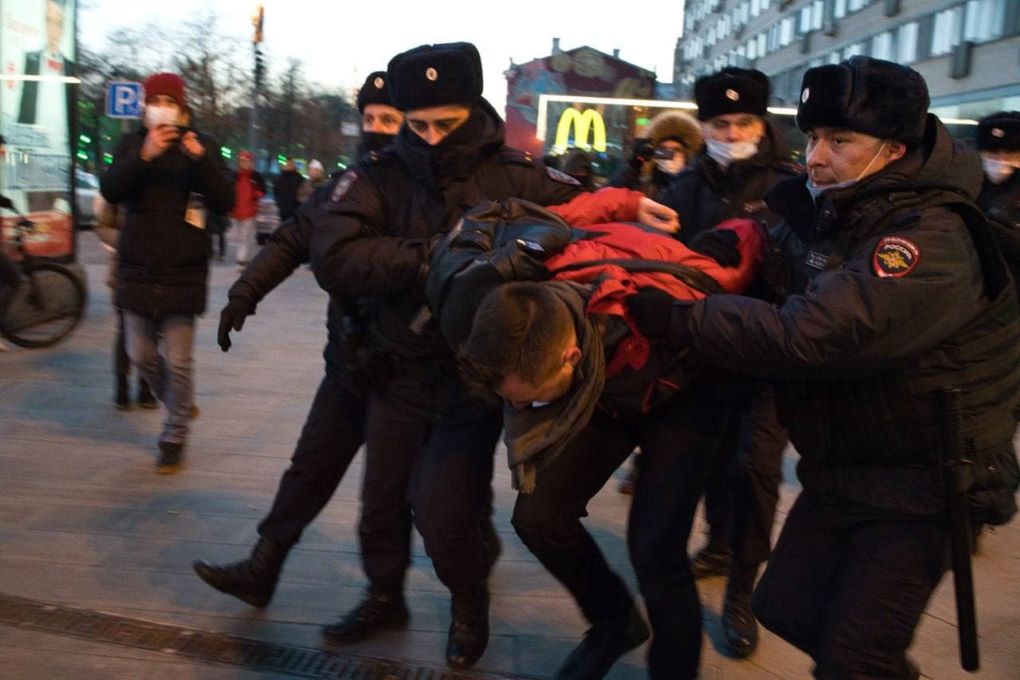 On Thursday thousands of ordinary Russian people across over 50 locations showed immense courage in protesting on the streets against Putin’s invasion of Ukraine. As I write, more than 1746 people have already been detained in 54 cities in Russia, as reported by human rights monitor OVDInfo. According to the Daily Telegraph, they face charges of treason for criticising the invasion.

Meanwhile, back in the UK, eleven Labour MPs who signed a letter from Stop the War that opposed the invasion by Putin but also criticised NATO have withdrawn their signatures after being threatened with having the whip withdrawn. Only two MPs’ signatures remain, Jeremy Corbyn and Claudia Webbe, who now sit as independents, alongside.

The small number of Labour MPs that signed the Stop The War statement have all now withdrawn their names. This shows Labour is under new management. With Keir Starmer’s leadership there will never be any confusion about whose side Labour is on – Britain, NATO, freedom and democracy – and every Labour MP now understands that.

The collapse of Labour’s Left MPs was predictable, given their failure to stand by Jeremy Corbyn in any meaningful way. More worrying is the total lack of democracy within a Labour Party that uses disciplinary threats to close down debate on every issue that challenges the leadership. What we have is a mantra of empty slogans with no attempt at analysis or understanding of how we got to this point, and hence no strategic thinking about the future.

On Thursday Critical Mass published examples of the sort of thinking that is now outlawed under Labour’s ‘New Management.’ Both the former US Ambassador to Russia, George Kennan, and the former US Defence Secretary, Bill Perry, have, in the past, criticised NATO’s policy of expanding eastwards towards Russia as being unnecessary and provocative. If they were Labour MPs they would be getting warning letters from the whips’ office.

It is worth remembering that, at the height of pro-war hysteria against Saddam Hussein, a third of Labour MPs were able to express their opposition to the Iraq War and not have the whip withdrawn. Cabinet Minister Robin Cook resigned. If they had been threatened by the leadership would they have buckled quite so easily as these Labour Left MPs to whom some people still look to to form a new democratic socialist party? If they cannot stand up to Starmer, how would they fare in an existential struggle with Capitalism?

The anti war movement is currently being led by the heroes who turned out to demonstrate on the streets of Moscow, St Petersburg, Kaliningrad, Ekaterinburg, Nizhny Novgorod and Volgorad along with many others.

My thanks to Alejandro Alvarez @aletweetsnews for finding and sharing these videos of the anti war protests in Russia. The thread starts here. Follow the rest on Twitter.