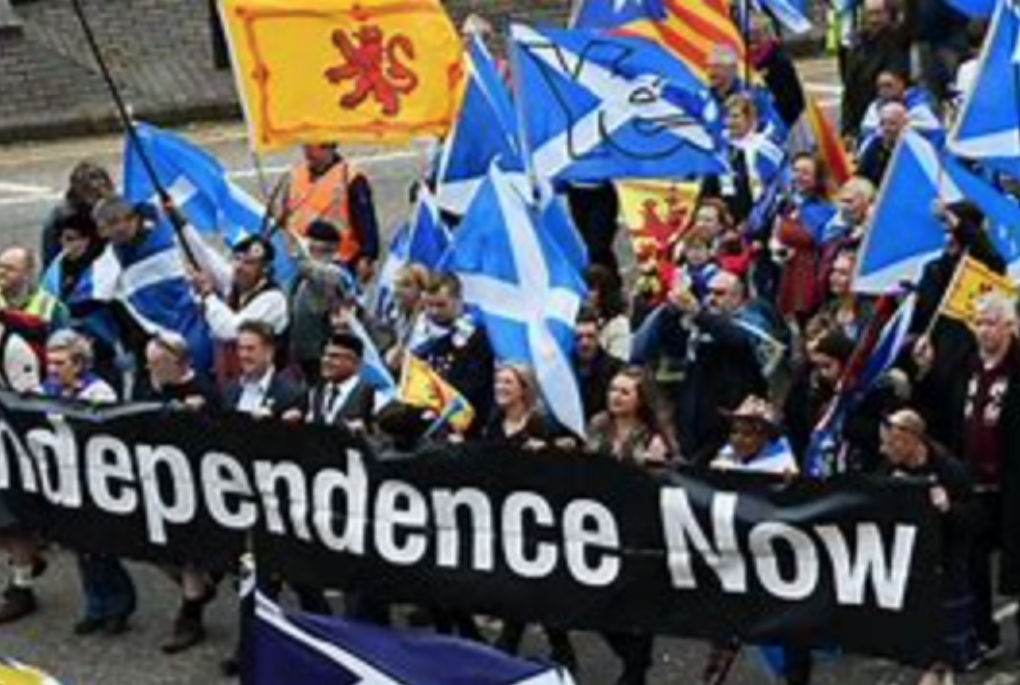 A FURIOUS row erupted in the House of Commons yesterday over the ever-thorny but still popular north of the border issue of Scottish independence.

SNP MP David Linden said: “We know of the UK Government’s undemocratic decision to not let Scotland have a say in its future.

“If the Government has taken the decision not to have a referendum we know it is because polling suggests support for independence is up.”

Speaking to the Chancellor of the Duchy of Lancaster and Cabinet Office Minister Stephen Barclay who was leading a ministerial team for oral questions, Linden asked: ”So why won’t he publish that polling information and be honest with the public?”

In replying Mr Barclay said: “Well I would have thought when talking about data one would have been talking about the fiscal support being offered to Scotland and in the way that the powers the Scottish Government has are not being used.”

Another referendum would be “irresponsible” says MSP

This was bound to anger SNP Leader and First Minister Nicola Sturgeon who has previously said she wants another vote to take place before 2023 and in the past has used Scotland’s oil revenues to argue her case.

However, one of Sturgeon’s own MSPs, Michelle Thomson, who represents Falkirk East, has said that it would be irresponsible to have another independence referendum. Speaking at a pro-independence event, Ms Thomson said Scotland should be focusing instead on the pandemic.

Though she also said: “I don’t believe for a minute that Boris is going to give us a referendum. It’s not in his interests to do so. Scotland is so asset rich, he’d be a numpty to let us go.”

And this is the nub of it for many of those wanting independence; while the British government  often talks of their support for Scotland, many Scots believe it is they who are contributing too much in oil revenues to, as it is now, the UK. However, oil and gas tax revenues are now just a fraction of what they once were.

Oil revenues should not be relied upon

The 2014 independence vote was sold on the basis that Scotland’s structural fiscal deficit would be mitigated by multi-billion-pound annual tax receipts from the North Sea, but the reality is that, only two years later, Scotland’s geographical share of oil revenues went negative for the first time.

The SNP has recognised this and when they updated their pitch for independence in 2018 the party’s Sustainable Growth Commission report recommended oil revenues be seen as a ‘windfall fiscal bonus’ and not relied upon for fiscal management.

Patrick Harvie, the Scottish Green party co-leader and one of the first Green politicians in the UK to serve as a government minister, believes, along with Sturgeon, that the Scots already have a mandate for a new referendum given that pro-independence parties won a majority in May’s election.

While Johnson has so far said he won’t grant a second referendum, the SNP has indicated it is prepared to hold one anyway and even go to court, setting up a constitutional standoff with Westminster, although recent polling shows a small majority back Scotland remaining in the UK by 47 percent to 44 percent.

Britain is already suffering from the chaos of Brexit, with food shortages due to a lack of HGV drivers, and with energy bills on the rise, and the stability of Northern Ireland in question, can the Tories afford risking a referendum which could lead to a breakup of the United Kingdom?

If they refuse one, will the Scots go for a second time? I hope they do and I hope they vote for independence. And, if the Tories won’t recognise the result, I’d like to see them take to the streets and for their brothers and sisters in the rest of the UK join them.

We need something to shake the apathy of the people. If there were ever a time in our history when a rebellion was called for, surely this is it.

I don’t get paid for my writing so if you feel you would like to support my work please donate here: paypal.me/susiejgranic@gmail.com

If you enjoy reading this then please subscribe so you don’t miss future posts. You can do that here