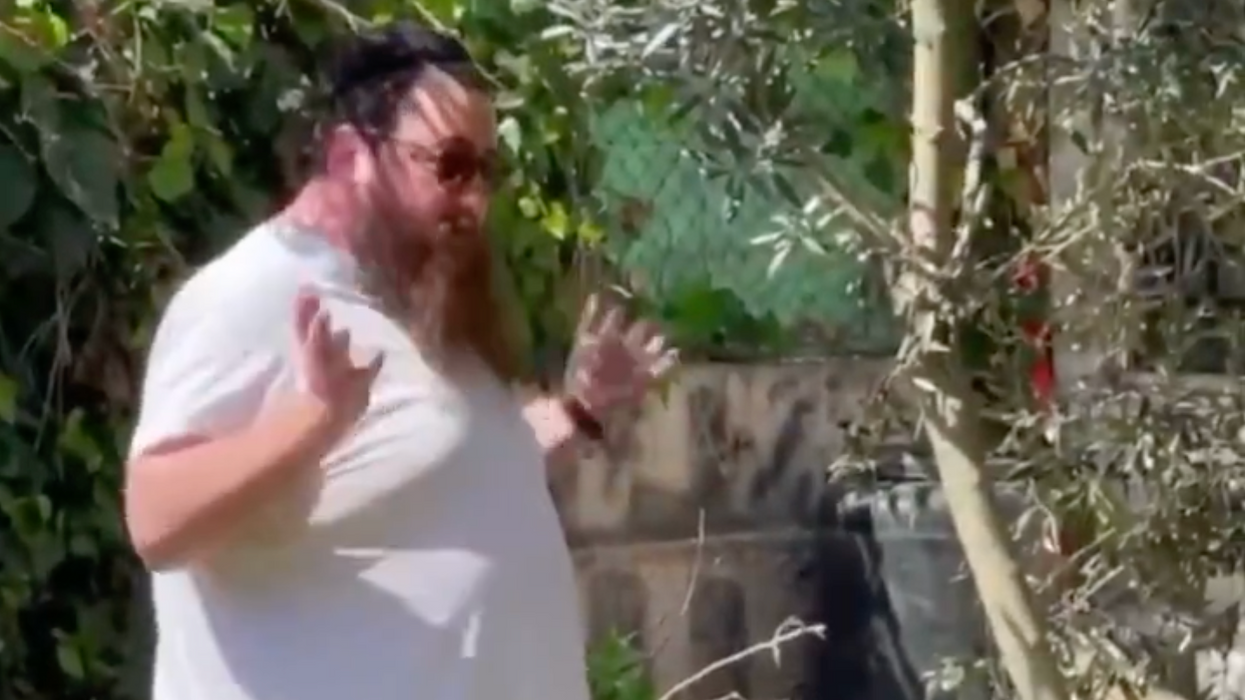 “If I don’t steal your home, someone else will steal it,” says this American Jew to Muna al-Kurd, a young Palestinian woman

THE number of American Jews moving into illegal settlements in the Israeli-occupied West Bank has increased dramatically, according to recent data from Tel-Aviv’s Central Bureau of Statistics.

Figures showed a nearly threefold increase last year from 2019 when less than three per cent settled in Palestinian territory, helping make up the more than half a million Jewish settlers who live in illegal settlements on occupied Palestinian territories.

What is interesting is that American Jews are more likely to settle on occupied territory than fellow Jews from other parts of the world. While they accounted for just over ten per cent of all the newcomers arriving in Israel last year, they made up nearly a third of those choosing to settle in the West Bank.

Incentives to live in illegal settlements

One reason for this disparity is said to be that American Jews are more orthodox and more likely to hold white supremacist views such as believing the whole of Israel and occupied Palestine is theirs by divine right.

Another reason is that a lot of immigration from America to Israel is organised by certain private groups such as Nefesh b’Nefesh International which is said to encourage new arrivals to take up residence in illegal settlements, helping them to ‘make Aliyah’*. Looking at their website one could be forgiven for thinking Palestine did not exist.

The Israeli government also offers many economic incentives and privileges, including tax exemptions, to settlers who choose to live in these settlements, built on Palestinian lands occupied by Israel since 1967.

Some Israeli settlers have admitted that it is about 30% cheaper to live in an illegal settlement and these settlers generally care nothing for the rights of Palestinians who have lived there their entire lives.

There must be few who have not seen videos of newly-arrived Americans threatening to take Palestinian homes, especially in the the Jerusalem neighbourhood Sheikh Jarrah.

Sheikh Jarrah has long been coveted by settler organisations as they try to increase private Jewish residency in strategically located areas of occupied East Jerusalem.

Nahalat Shimon International, a US-based organisation, is one of two settler organisations (the other being Ateret Cohanim) which are attempting to demolish the Sheikh Jarrah neighbourhood and replace it with a 200-unit Israeli settlement, according to legal advocacy organisation Ir Amim.

In the past few years, Nahalat Shimon has filed several lawsuits against the families of Sheikh Jarrah who have lived there since the fifties, all of which have been upheld by Israeli courts.

US government is complicit

And of course the US government is complicit in these settlements which, if anybody needs reminding, are illegal under international law. The Obama administration passed the largest military aid package to Israel, promising US$38 billion over ten years and Trump went even further in legitimising these settlements when he sent former Secretary of State Mike Pompeo to the West Bank to meet with settlers.

With US tax dollars helping pay for the military who protect these settlers it cannot surprise anybody that American Jews believe they have a right to this land and will be shielded from any consequences of their actions in stealing it.

Without the US government condemning these settlements or withholding aid to Israel, they’ve basically given a green light to their citizens taking up residence in illegal settlements and the figures could rise again.

What hope for the Palestinian people when the might of the USA is on Israel’s side?

*The Hebrew word “Aliyah” literally means ascent or rise, but since the 1950s it has become the official term for immigration to Israel.