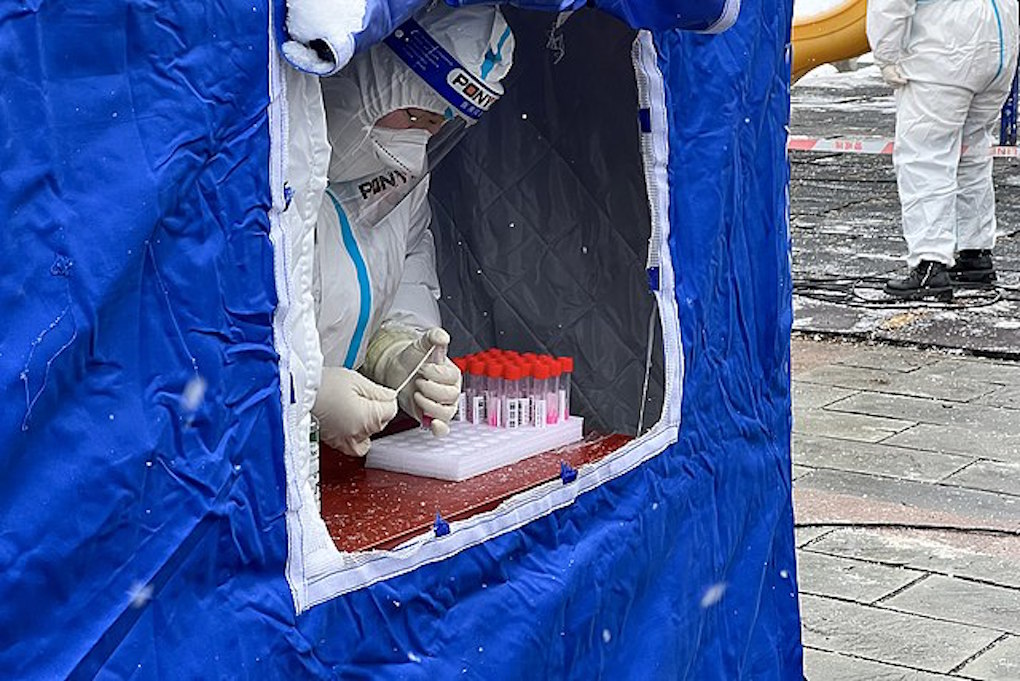 POLICE and demonstrators have clashed on a third day of protests in China over the country’s strict Covid restrictions.

What precipitated the protests was an apartment fire last week in the city of Urumqi which killed 10 people. The protestors believe that it was the Covid restrictions in the city, parts of which have been under lockdown for 100 days, which hindered rescue and escape. City officials have denied this was the case.

Civil disobedience such as this is unprecedented since leader Xi Jinping came to power a decade ago. During his tenure, Xi has quashed dissent and made protest more difficult and risky with the expansion of a high-tech social surveillance system. And now, during these protests, police have been stopping and searching people, asking them for their phones to check if they have virtual private networks (VPNs) and the Telegram app, which was used by weekend protesters. VPNs are illegal for most people in China, while the Telegram app is blocked from China’s internet.

The new restrictions came as China reported its highest number of new Covid cases last Thursday, with 31,444 new infections. This is still a relatively low number when compared with other countries but the Chinese government is committed to their zero-Covid strategy which aims to eliminate the virus completely.

This policy has kept the country’s death toll in the thousands, compared to more than a million in the USA for example, but it has come at the cost of confining people to their homes for long periods and has brought disruption to what is the world’s second largest economy. The government is trying to contain the latest wave of infections without shutting down factories and the rest of its economy as it did in early 2020. Its tactics include ‘closed-loop management’ under which workers live in their factories with no outside contact.

It is this ‘closed-loop’ system which has seen workers rebelling. Late last month thousands left the Taiwanese Foxconn factory in Zhengzhou, which makes iPhones, complaining about unsafe working conditions. And now many more have tried to leave, with footage shown of them fighting with police in hazmat suits. In other cities videos on social media have shown hundreds of residents taking to the streets, smashing through barricades, overturning Covid testing tents and demanding an end to lockdowns. Other cities have seen the same behaviour.

The new regulations, which have seen mass testing and snap lockdowns are hurting both the economy and the workers, but Beijing has defended it as life-saving and necessary to prevent overwhelming the healthcare system. It is worth noting that New Zealand had much the same strict lockdown regulations at the beginning of the pandemic, yet they were praised by most, while China, doing exactly the same, is being condemned.