Right wing knives are out for the nurses 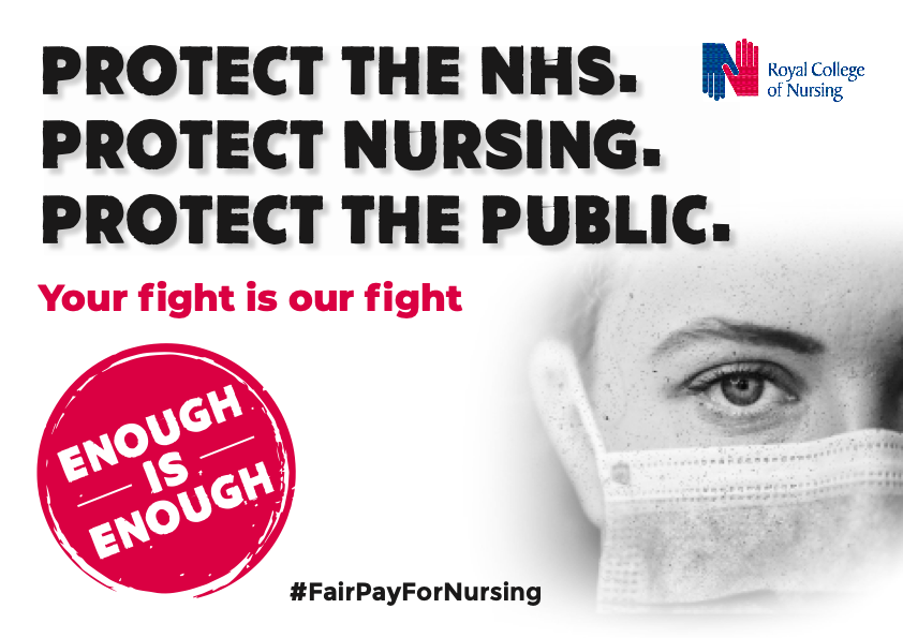 THE RIGHT WING are sharpening their knives ready to attack the nurses in any way they can as tens of thousands strike today for the first time in their history.

They are no longer “the exhausted healthcare staff, our NHS heroes and brave key workers on the front line” as described on the front page of The Sun in 2021. They clearly are not deserving of ‘The Sun Who Cares Wins Awards’ which celebrates “our amazing doctors, nurses, midwives, surgeons, etc.”   By daring to vote to strike, nurses are no longer on the angels of mercy pedestal.  They have become the enemy within.

Kelvin McKenzie, the editor of The Sun kicked off with a deeply unpleasant and offensive tweet:

‘’If the strike by nurses or ambulance drivers leads to a patient’s death the hospital trust must SACK them ALL and replace them from the Philippines. A condition they should be non-union.  At least they would be grateful for the work.  And I am told much harder working.”

More importantly, they and others like them are ignoring the fact that thousands of patients are already dying unnecessarily as a result of the underfunding of the NHS.  A shocking report by the Royal College of Emergency Medicine ‘Crowding and its Consequences’ has found that at least 4,519 patients have died as a result of crowding and 12 hour stays in Emergency Departments in England in 2020-2021. Over six million people are waiting for care.  Eight out of 10 RCN members confirmed in a recent survey that the care given to patients was compromised because there were not enough nurses on the shift. There were almost 47,000 vacancies in health and care settings in June 2022.

At the same time unfair pay is forcing too many to leave.  Over 25,000 nurses left last year.

As rising prices and inflation put pressure on low-income nurses and carers, many are being forced to choose between food or fuel.  A study of over 1,000 nurses, health and social care workers conducted by healthcare platform Florence: found that one in five have turned to foodbanks in recent months, while 30% know of colleagues who have.

Predictably, Tories have found a simple explanation for this. According to Education Secretary, Gillian Keegan, “nurses are using foodbanks because they have broken boilers or broken relationships.”

It gets worse. Liz Truss, during her short stint as PM accused the RCN of talking down the NHS by drawing attention to their situation. Responding to Ms Truss’ remarks the RCN General Secretary Pat Cullen said, “to suggest that the incredible financial hardship nursing is facing – having to use food banks to make ends meet – is talking down the NHS is missing the point entirely.” The nastier the attacks become, the more it is clear that the bosses, the government and their right-wing friends are running scared.  Vilifying a group of workers who have traditionally been held in high public esteem is treading on dangerous territory. That is why we must stand beside the nurses. They are striking so that when you are sick and need their help they will be able to provide it.
Victory to the nurses. Victory to the NHS.