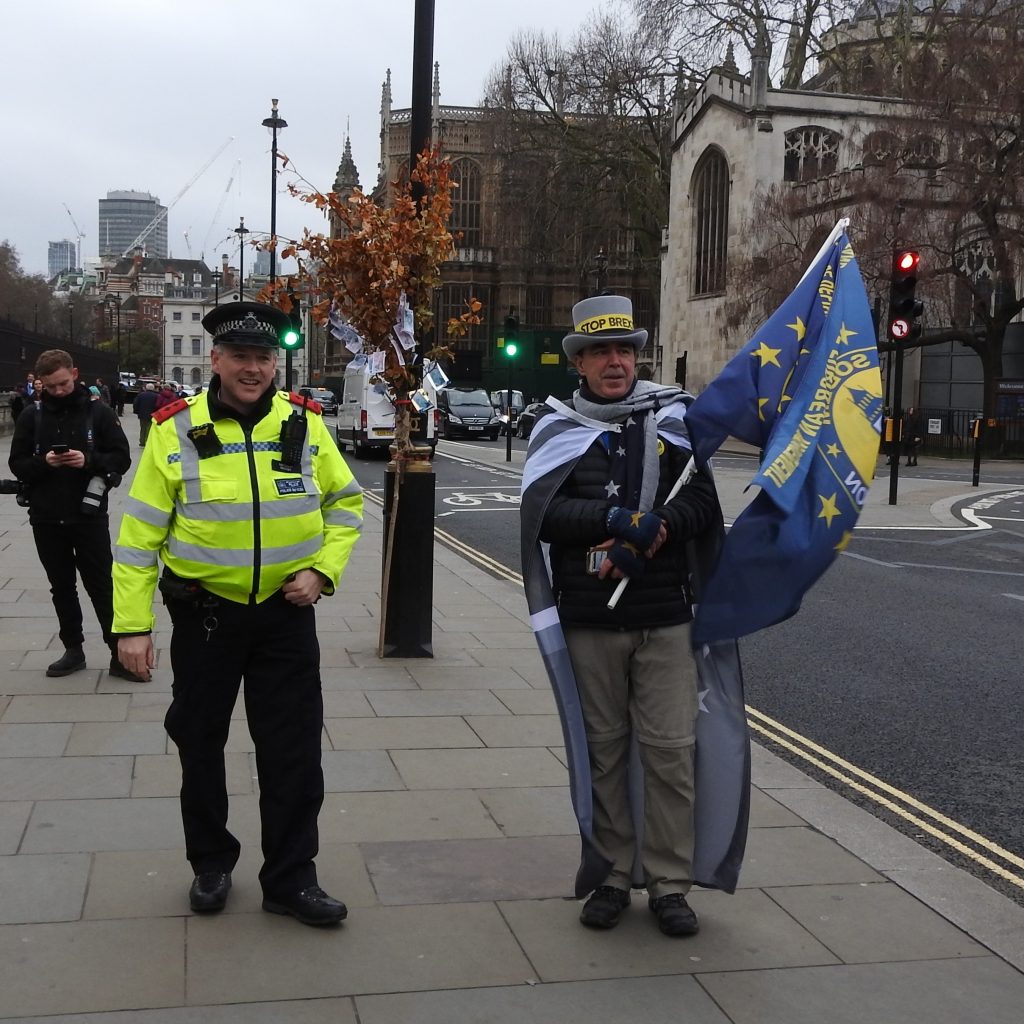 TORY legislation restricting the right to protest came into force yesterday. The new law – the Police, Crime, Sentencing and Courts Act (PCSC) – specifically restricts protests in the vicinity of parliament, expanding the area covered in previous legislation to include Parliament Square and Parliament Street.

One of the first ‘victims’ of this new law was Steve Bray, the anti-Brexit activist from Port Talbot in Wales, who has been protesting outside parliament for several years. Bray was approached by some 15 police officers yesterday, and despite his protestations, audio equipment, including amplifiers and speakers, was confiscated. He was also told by an officer that he was to receive a court summons. Bray branded the officers ‘fascists’.

Oliver Feeley-Sprague, Amnesty International UK’s policing expert said: “The measures taken against Steve Bray are likely to be the tip of the iceberg.

“Unfortunately, we fear there is now going to be a cascade of cases where people are being prevented from legitimate protest on grounds that are both petty and punitive. The deeply authoritarian new policing laws are a charter for the suppression of legitimate protest – a dark day for liberty in our country and something we need to see repealed as soon as possible.”

The act restricts demonstrations which are noisy or intentionally or recklessly causing public nuisance. In part, this is an attempt to crack down on disruptive guerrilla protests of the kind used by climate crisis activists such as Extinction Rebellion. It also makes trespass a criminal offence and has basically criminalised the whole way of life of the GRT community who already face state-sanctioned racism every day.

The PCSC was one of six divisive acts rammed through by Johnson’s Tories before parliament was prorogued at the end of April. Others include the requirement for voter ID, the Judicial Review and Courts Bill which weakens the ability of campaigners to challenge the government on its application of the law, and the Nationality and Borders Bill which will allow the home office to strip British Nationals of their citizenship without warning.

The Tories are cracking down on our rights to challenge the damaging and divisive decisions they are making, and restricting dissent and protest. Even if you don’t agree with Steve Bray’s ‘noisy’ protests against Brexit outside parliament, you should support his right to do so. At a time of a cost of living crisis and what many would see as a democratic crisis we all need to work together to fight these curbs on our freedoms which have no place in a democratic society.