Rift grows between Unite and Labour 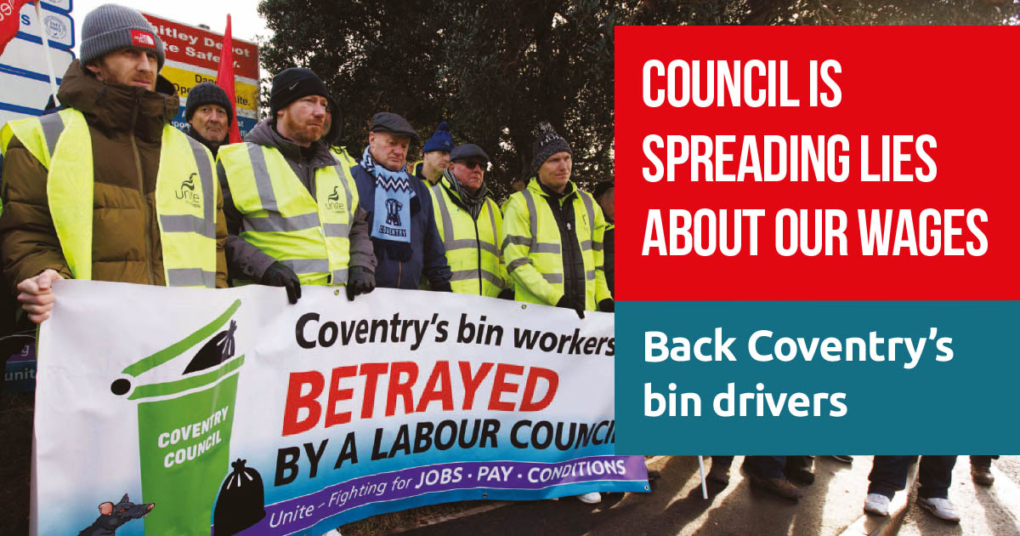 THE Unite union threatened late on Wednesday night to withdraw its funding from the Labour Party over a council pay dispute in Coventry.

Sharon Graham, the union’s general secretary, elected to the position just last year, issued the warning as bin lorry drivers in the Labour-run city continued a series of walk-outs.

The dispute has been ongoing since January, and the council’s decision to use a private contractor wholly owned by the local authority to do some refuse collections has further angered Unite. Using what are essentially scabs to break a strike would enrage any union, although the council defended its decision by saying they had been left with no option –  it was either that or a month of all-out strikes, with no collections at all for its residents. Except of course there is another option: pay the workers what they are asking, or at least attempt to come to an agreement.

At the end of January, when it was said both sides had agreed to Acas arbitration in relation to the pay dispute, the outcome looked hopeful, with both the union and the council privately making positive noises, but now things have escalated.

Graham said other councils throughout the UK had increased pay rates for refuse collection drivers to preserve services amid a wider shortage of HGV drivers caused by a combination of Brexit and the Covid pandemic.

“If other councils can increase pay rates to preserve services and prevent an exodus of drivers, there is absolutely no reason why Coventry Council can’t do the same,” she said. She told strikers:

Let me be very clear, the remaining financial support of the Labour Party is now under review. Your behaviour and mistreatment of our members will not be accepted. It’s time to act like Labour, be the party for workers.

“It’s utterly disgusting that this council is putting workers through this misery. If we have to escalate, we will escalate and I personally will be getting involved,” she added.

She urged Labour to “pick up the phone and get this sorted”, but it would appear that the Labour Party does not have the inclination to mend fences with the union. Unite had already cut its affiliation fees by 10 per cent last year, signalling the union’s unhappiness at the party’s direction towards the centre ground under its current leader. And now this latest rift.

Graham’s statement has led to the Labour Party leadership itself stepping into the fray.

You might think that, as Unite is Labour’s biggest donor, and with reported Party membership losses of anything up to 200,000, the threat to cut the union’s funding for the Party would come as a blow to those in the PLP, but that’s not the impression being given by Keir Starmer’s spokespeople who have decided to take a hard line since they have become the ‘pro-business’ Party.

This is the ‘new management’ whose leader, in his bid to gain that position, had, as one of his ten pledges, to ‘Work shoulder to shoulder with trade unions to stand up for working people, tackle insecure work and low pay. Repeal the Trade Union Act. Oppose Tory attacks on the right to take industrial action and the weakening of workplace rights.’

Uh huh. Just another pledge broken. Seems we have to oppose both the Tories and Labour attacking the right to take industrial action.