Review: The Divide by Jason Hickel 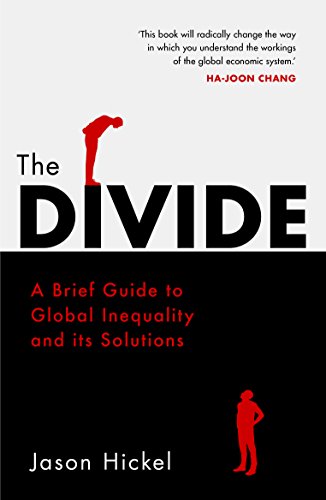 Economic imperialism and the fallacy of ‘development’.

‘The Divide’ by Jason Hickel is an excellent discourse on how poverty has been deliberately created and maintained across much of the globe through Western colonialism, and how the economies of Western countries – the USA, UK and other European powers – benefited from the looting of the global south. Before Western colonialism, countries like China and India had a greater share of the global economy than any Western nations. The people who lived there also had a longer life expectancy than European people.

Now, apart from China and some East Asian countries which have protected their economies, the countries in the global south are poorer and have a lower life expectancy than their Western counterparts. This situation has been maintained, despite a revival in the fortunes of the global south countries in the 1960s and 1970s, by economic imperialism enforced through debt. Economic imperialism is the new colonialism.

Countries in South America, Africa and much of Asia are now dependent on Western finance which comes with strings attached. The IMF and the World Bank impose stringent conditions which mean that these countries must open up their economies to Western corporations that exploit their natural resources and they are forced to cut and privatise their public sectors. This has led to a massive transfer of assets, trillions of dollars worth, from these countries to the West, and the impoverishment of their people.

In order to ensure their dominance, Western countries, led by the USA and the UK, organised a series of coups to overthrow governments that rejected Western economic control and began to develop their natural assets and provide better education, housing and life opportunities for their people. Two of the well-known examples are Iran in 1953, where the Mosaddeq government was overthrown because of his attempt to nationalise oil ‘owned’ by what is now BP, and Chile in 1973, where the government of Allende was removed. There are many other examples. Millions died in the process of colonisation, coups and Western control.

“Since 1960, the income gap between the North and South has roughly tripled in size. Today 4.3 billion people, 60 percent of the world’s population, live on less than $5 per day. The richest eight people now control the same amount of wealth as the poorest half of the world combined.”

This debt colonialism is hidden by the smokescreen of ‘development’ in which Western nations pretend to be helping the countries which they have deliberately impoverished by providing ‘aid’. The West makes false claims about alleviating the poverty it has caused by massaging the figures to make it look like aid is working and poverty is falling.

What these countries really need is relief from debt and the return of the ability to control their economies and natural assets and build up their industries and public sector free from control by Western banks and corporations. That is the real route to ending poverty in these countries and it is being actively prevented by the West.

Jason Hickel explains the problem of Western economic colonialism and debt bondage and provides solutions, including removing the crushing debt burdens of developing nations and democratising global institutions such as the World Bank, IMF and WTO by giving countries in the global south fair and equal representation. If you want to understand how the global economy really works, I strongly recommend this book to you. It should be required reading for everyone.