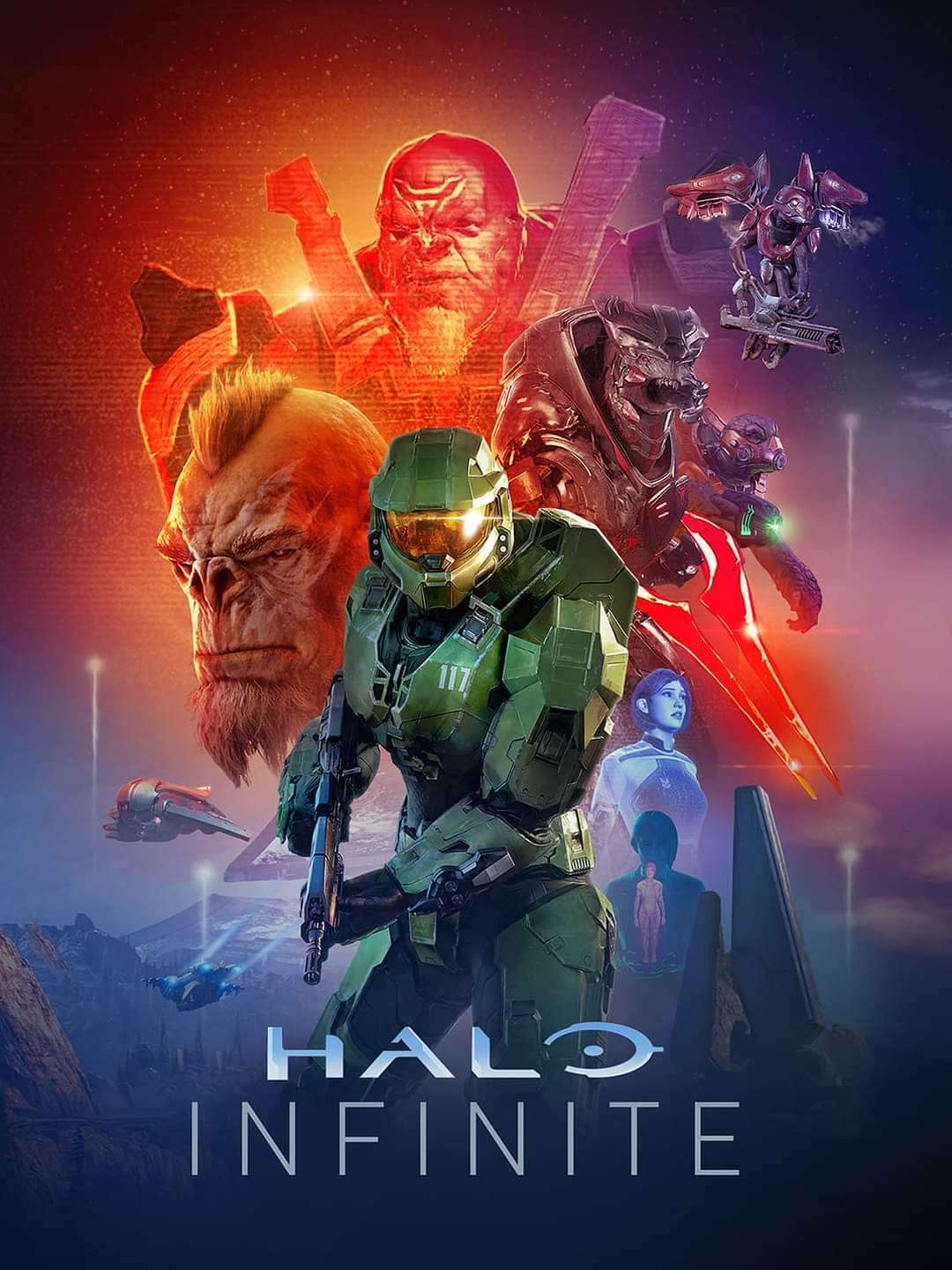 Bold, breathtaking, and full of fresh life – Halo’s latest game truly does set the bar for the future of the series.

Halo, the game series, has been telling the same story for more than 20 years. The story continues as the lead character Master Chief must once again fight for humanity’s survival on the Ring known as Zeta Halo, a place that is shrouded in mystery and in a story that is a redeeming arc for 343 Industries since their take over of Halo from the games creators Bungee.

To start off with the positives, if you’ve ever played Halo multiplayer you’ll know it as a chaotic frenzy of rocket launcher, sniper shots, grenades, and vehicles plowing into you at seventy miles an hour. It is the sort of chaotic frenzy that can be as fun as it is infuriating. I’m glad to say this remains the same.

Big battle matches feel big, capture the flag feels tense and vicious, and oddball is a maddening struggle. New weapons work well on the dozen or so maps available, there’s a fair balance that makes the combat feel fair to each player and their play style. For those who have experienced Halo you will be glad to hear that a Cindershot stands as much chance as a Gravity hammer, and abilities available on the field are as useful and fun as they are in the main game.

This isn’t to say the multiplayer is perfect, but the issues aren’t in the gameplay. Like many games now, Halo Infinite has a season pass that allows access to cosmetic items which had previously been free in older Halo titles. That they are no longer free re-enforces a less than pleasant change to the expectations of games as services – it is disappointing to see 343 take part in this pointless evolution in online gaming.

However, none of what is offered provides any advantage in the game, so players who did not desire nor can afford the season pass can breathe a sigh of relief. For those who can, it will please them to know that Halo’s season pass is due to last through to May. Five months over the usual two to three is much fairer, considering not every player can be online for as many hours as some.

Yet if you’re there for the single-player, you won’t feel much disappointment. Bold, breathtaking, and full of fresh life – Halo’s latest game truly does set the bar for the future of the series. Infinite! Though it stumbles, it never falls and, for the foreseeable future, this is a game I do not see dying any time soon. With this game 343 has proved they have the same durability and perceived immortality as Spartans – they don’t die, they just go to hell and regroup.

The setting of Halo Infinite, Zeta Halo, is under occupation by a rogue group of Covenant separatists known as The Banished. Fans of Halo’s spin off series Halo Wars will probably recognise them and their leader – Atriox. Unlike the Covenant, The Banished is not a religious organisation but one that seeks dominion over all life by any means and they’ve set their eyes on Zeta Halo occupying the ring after a six-month brutal war with the UNSC that has left them devastated and broken.

Your goal as the Master Chief – take the ring, take out the Banished, find out what’s going on with Zeta Halo. It is in all honesty, great fun. Halo infinite is, undoubtedly, a fun and familiar world with all the lush green scenery and grand silver forerunner architecture that will take many a player back to the very first Halo game.

Early into the narrative, we are introduced to Echo-216, a pilot and survivor of the battle above Zeta Halo who discovers the Chief after being lost six months in the vacuum of space. He isn’t a fighter, he isn’t brave or blindly devoted to the UNSC. He’s the first character 343 have introduced in a while that actually has a personality.

There is also a new female A.I. character – The Weapon, a seeming copy of Cortana (from previous games), but with an entirely different personality. From the moment she’s introduced, it’s clear The Weapon is very much the breath of fresh air this game series needs. Unlike Cortana, Weapon is clearly very young and everything she sees and experiences is full of wonder and beauty – and that includes Zeta Halo.

In a bold choice for the series, Halo Infinite is a more open-world game than previous titles. You’re not just going straight from one level to the next anymore, this time you’re taking the ring one step at a time. I’ll admit, I expressed some concern with this large-scale change over the previous titles. But you only have to play the game a few hours to see that 343 knew what they were doing when they made this choice

The freedom to explore and take a less linear path is actually fun. Instead of jumping from battle to battle, you get to choose when you make your attacks and when you want to go off and explore this beautiful ring. And there’s a lot to explore – Banished camps, Spartan cores, audio logs and Forward Operating Bases make up only a small amount of the landmass of Halo Infinite’s world. Each offers you an opportunity to improve on the Master Chief’s abilities, arsenal and uncover what exactly went down in that bitter six-month battle for Zeta Halo.

One small criticism I do have is while this open world can be fun to navigate, the elements within it are currently one-and-done. This means you can’t go back and liberate the same base, nor can you replay missions. The story is the strongest Halo story in a while, and that can be somewhat worrying. After all, for three times the charm might seem like a good thing, but I still worry that 343 won’t be able to deliver the same satisfying story arc in their next instalment of the series. By the time the campaign is over there are plenty of questions left to be answered – not just about Zeta Halo but also about the Banished’s leader Atriox whose appearance in the game is minimal.

Another criticism that I, and many others, have regarding the multiplayer is the lack of ability to play without crossplay. This lack of feature forces players of XBox to play with PC players. This is ordinarily not an issue, however, the amount of cheating among PC players in particular has left the multiplayer feeling less than enjoyable. And with a lack of regular fresh content, I feel it won’t survive.

For those looking to explore Zeta Halo, and come back to the game once again standing as tall as its legendary predecessors, Halo Infinite is the game for you. Available now on Xbox One, and Series S & X for the retail price of £54.99 or on Xbox GamePass. This is Harvey John, signing off and wishing you well!