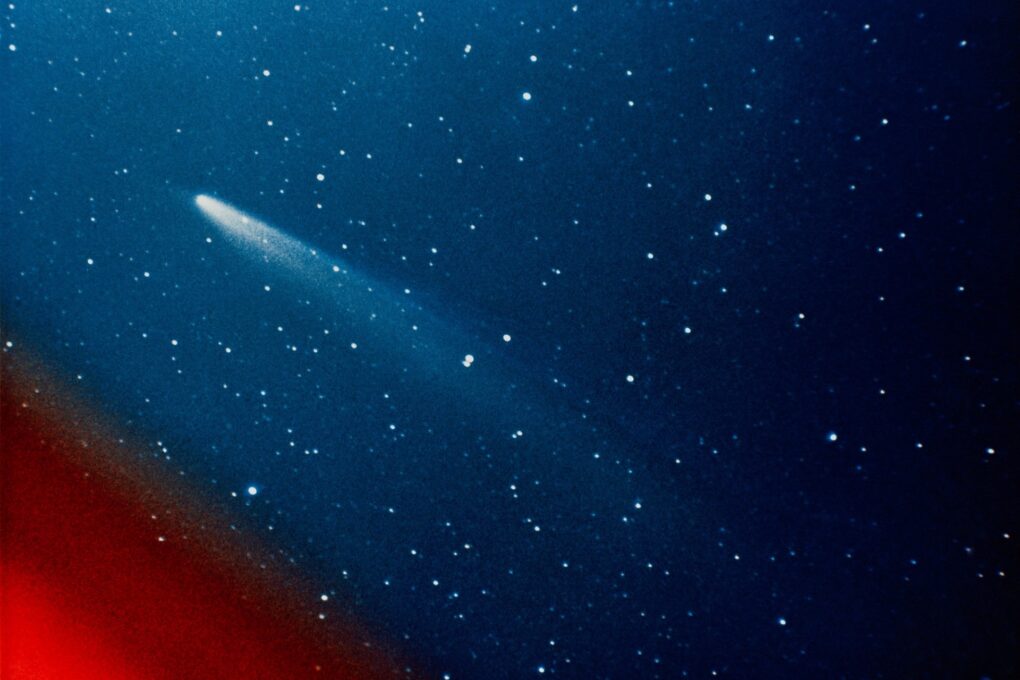 Don’t Look Up is a star-studded film in which PhD student Kate Dibiaski (Jennifer Lawrence) discovers a comet which is six months away from a collision with Earth. She and her slightly eccentric supervisor Randall Mindy (Leonardo Dicaprio) realise that if the comet reaches its target it will spark an extinction event wiping out all life on the planet.

Together with Teddy Oglethorpe (Rob Morgan), they take their findings to American President Janie Orlean (Meryl Streep), an intellectually lightweight polls obsessive who bears a resemblance to Donald Trump. This is the point when ‘if’ turns into ‘when’ as the White House, media and social media combine to treat the news of an apocalypse as slightly less important than a pop star’s break up with her boyfriend. The pop star (Ariana Grande), steals their limelight leaving Dibiaski visibly frustrated and Mindy buying in to daytime chat show host’s Brie Evantree’s (Cate Blanchett), agenda.

The problem with the film is that its targets seem fairly random. It’s never clear whether the film wants to make a political statement or be a satire on public reaction to the climate emergency (or possibly Covid). In the end, it does neither very well. Although there are some humorous moments, these are in short supply. But if you really want to make a film about the climate emergency why take the easy route? I understand that the comet is a metaphor, but perhaps reducing the argument to a one-off drama is what ultimately undermines the important message the film is attempting to portray.

In a sense the film’s lack of focus comes from the apparent belief that they are not laughing with us but at us. That sense of a higher purpose comes through and yet, in choosing the dramatic one-off event, the film’s writers play into a belief that the public really don’t understand what is happening. Whilst that may well be true, having assembled a fine cast and taken over 2 hours (at least some of which appeared to be pretty superfluous to the plot), this would have been a good chance to put science on display. But that would have meant explaining that life on the planet is threatened, not by a one-off event, but by the cumulative effects of little actions by all of us and the pursuit of profit above all else by an elite minority.

Sure, there’s a nod toward Elon Musk in the smartphone boss (Mark Rylance), who seemingly controls the White House, but this is only part of the issue facing us currently.

Science itself as a credible source of information is under threat, not because ordinary people are obsessed with their phones’ algorithms, but because its conclusions threaten the existence of global capitalism. Far better to let the world gradually choke us all to death than interfere in the divine right of shareholders to ever greater rewards.

I’m not sure whether the film’s writer/director Adam McKay (who has made better films, 2015’s The Big Short and 2018’s Vice for example) has ever seen Contagion, a far better film on every front because it took its subject matter and its audience seriously. It believed we could be encouraged to think for ourselves and to reach the right conclusions. Co-writer David Sarota told the Denver Post, “A movie like this is supposed to make people think.” But it seems to me that Don’t Look Up underestimates the intelligence of its audience by buying into a narrative that we are incapable of reaching a sophisticated conclusion when provided with the right information. Far better to develop caricatures and crude satire than to encourage us to actually look around at what’s happening now. This is all the more disappointing given McKay’s comment to the Denver Post that the film was motivated by “the world’s woeful response to what is literally the greatest threat to life in human history.” This goes down as yet another wasted opportunity to do something about climate change.