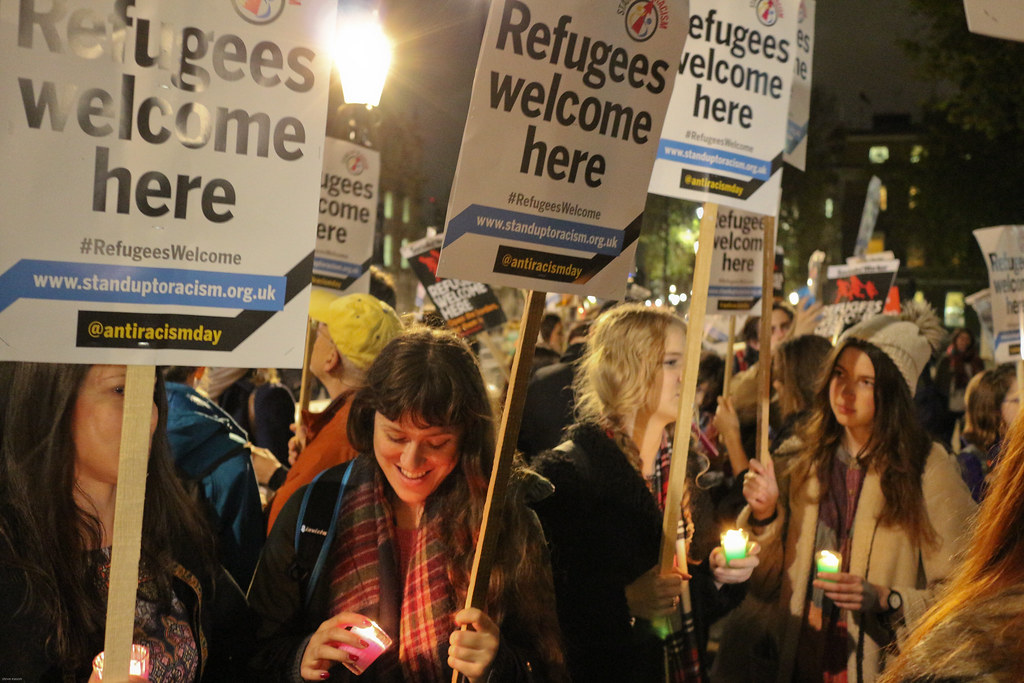 THE Iraqi government began yesterday to evacuate about 430 of its citizens from the Belarus capital of Minsk, after they had previously been transferred from the Polish-Belarus border to the latter’s capital of Minsk. These are citizens who have requested to leave.

But there are still as many as 1,000 desperate refugees camped out near the Bruzgi-Kuźnica border crossing, just days after violent clashes erupted with Polish security forces. In an apparent move to de-escalate the situation, Belarusian border guards have moved many of the refugees to shelter in a nearby warehouse, where they are sleeping on thin mattresses and receiving the most basic of necessities – hot tea, bread and medical treatment – from the Belarusian Red Cross, the UN Refugee Agency and other aid groups. Many of the refugees, however, fear this move is just a first step in a process of being deported back to their home countries.

As we reported on Tuesday, nearby residents are helping out where they can, collecting warm clothing and food for those in need. But many of them, even those from non-governmental organisations (NGOs), have to do so undercover. In secret operations, usually under cover of darkness, they have been taking care of the refugees who are within several kilometres of the border.

In the Polish media, the refugees are portrayed as a threat to national security, as illegal border violators and as economic refugees who have no place in Poland or anywhere in Europe. Public opinion in Poland, however, is divided, with a recent poll showing more than 60% of respondents saying those trying to enter the country should be allowed to apply for asylum.

Meanwhile, Poland has passed legislation allowing groups of these refugees to be pushed back into Belarus.

Founding member of the European Council on Foreign Relations, Gerald Knaus, said that what is happening at the border is in violation of EU law.

Legally it’s clear, unfortunately, politically, it’s also clear that there is now a consensus in the EU to just accept this violation

“The Polish prime minister is not even arguing that this is in line with EU law. He simply says and explains that EU law should be irrelevant because Poland is facing an invasion. And so these basic principles, these conventions are suspended. Legally it’s clear, unfortunately, politically, it’s also clear that there is now a consensus in the EU to just accept this violation.”

Thousands of refugees remain in the border area while reports say that around 100 have been detained by police.

Meanwhile, in the UK

And while this is happening in a country far enough away for some to be unconcerned, the British government is attempting to deter refugees from making the dangerous journey, it is reported, by trying to secure a deal to fly refugees who come to the UK via the English Channel, to Albania. It has been suggested that a lengthy detention there, while asylum claims are looked at, would deter those who seek to come.

Dominic Raab told Sky News that it is “right” to “look, at least, at possibilities of international partnerships – international processing of some of these claims.” Previously the Government has looked into the possibilities of detaining asylum seekers on Ascension Island and, it is said, St Helena. As far away from our shores as possible it would seem.

Remember when Australia did, and is still doing, the same? Keeping people in these detention centres for years resulting in refugees attempting suicide, not to mention serious mental health issues.

Is this really how we, and Europe wish to be seen? As inhumane people who will not reach out to help those fleeing atrocities or poverty? Not me. And if you are reading this I suspect not you either.

I love writing but I also need to earn a living so if anybody could donate, even £1, that would help me immeasurably. Thank you. https://www.paypal.me/susiejgranic