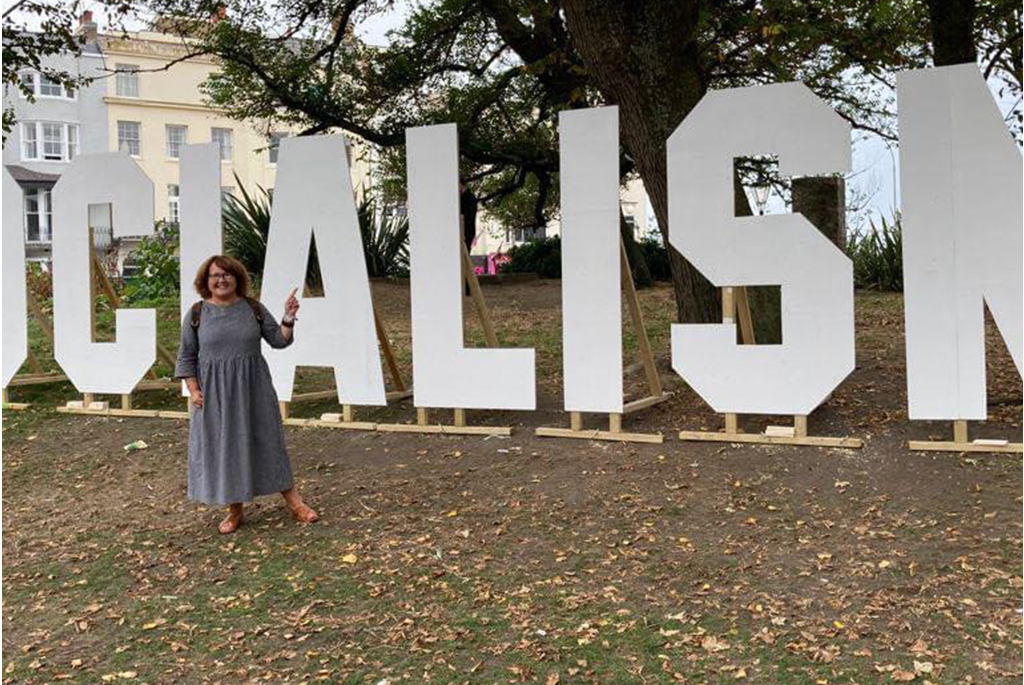 Rachael speaks with the former Labour MP for Colne Valley and founder of PAL (People’s Alliance of The Left), Thelma Walker.

RS: “This gives me a sense of hope for the future”.

“Excellent news, what we’ve been waiting for”.

“This is a brilliant first step to creating an official socialist movement in the UK”.

Just several of the many messages of support that came in when you announced the creation of PAL, back in January, to the delight of the politically homeless left.

Nearly two months on, how do you feel PAL is progressing, and are you expecting the Alliance to be well represented at the local elections in May?

Many on the left who feel so betrayed by those in Labour who deliberately undermined that opportunity for a socialist government under Jeremy Corbyn are crying out for a new socialist party to fill the political vacuum which exists. Trouble is, they want it now, immediately, and expectations have to be managed, in that PAL’s aim is not just to bring the historically, splintered left together, but to have a real, embedded socialist movement, based in our communities and a real choice of who to vote for in future elections.

RS: The world seems to be a much darker place than it was just two months ago. The two main establishment political parties are (once again) singing from the same hymn sheet.

The humanitarian response from the British government has been an embarrassment, and the Labour Party can’t be that far off another run on the ‘controls on immigration’ mugs from 2015.

How can PAL play its part in providing a strong and consistent anti-war, pro-humanitarian voice that differs from the compassion-free actions of the Westminster elite?

TW: Left Unity is a member of our Alliance and their lead on internationalism and anti-war policy has been invaluable in our PAL discussions. The Memorandum of Understanding (MOU) agreed by all PAL members included a commitment to:

“Peace and equality between peoples and states.”

“We oppose the exploitation of other countries for economic gain and we oppose imperialist intervention.” .

Also, “We stand in solidarity with the Palestinian people.”

The double standards being displayed currently over Ukrainian refugees by the Westminster Government and Opposition with regard to humanitarian aid is so apparent. Everyone fleeing war and persecution should be given support and aid, there should not be a hierarchy.

PAL will always be consistent and act with integrity in its  policies and actions, just as Jeremy Corbyn has been.

RS: I believe you were a member of the Labour Party for an incredible 39 years, and you witnessed the arrival of eleven party leaders, including the short caretaker stints from Margaret Beckett and Harriet Harman.

What was it about the era of Keir Starmer that convinced you to leave the Labour Party after nearly half-a-century, and do you think that reconciliation between the left and *this* Labour Party is ultimately futile?

TW: I gave a public commitment, which was sincere, to supporting Keir Starmer when he became LOTO Soon after that, however, we had the sacking of Rebecca Long-Bailey, who I respected as Shadow Education Secretary. Then we had abstentions on Human Rights Bills .Then, finally, the suspension of the whip for Jeremy.

I also had time to read more about the history of the Labour party and to understand so much more about the plotting and intrigue which destroyed Labour’s chances of victory in the 2017 and 2019 elections. It’s clear though that the Labour Party has never been a ‘broad church’ and the vast majority of the PLP are selfish careerists. The current Labour leadership is clearly more comfortable working with the Tories than the few, sincere socialist MPs who continue to try and fight for what they believe from within Labour.

The Labour Party is on its deathbed and I am truly done with it.

RS: The Socialist Campaign Group – a grouping of left-wing Labour MPs within the Parliamentary Labour Party – appear to be isolated and somewhat toothless.

I’ve communicated with most of the SCG over the last few years, and they are fundamentally decent and principled individuals who I respect. However, I struggle to see how they feel the Labour Party values are compatible with their own values.

What do you think is stopping them from standing by their principles, abandoning Starmer’s establishment back-up plan, and standing as independents, or under the PAL umbrella at the next general election?

TW: As an MP you are elected on a particular platform, and I respect an MP who puts their constituents first. I also respect some saying, “It’s my party not theirs”. I do think a person’s conscience has to come into this though. I couldn’t for the life of me be voting with or abstaining on the legislation going through parliament at present. The very essence of our democracy is being threatened.

I also believe that the SCG look at the lack of success of previous breakaway parties like the SDP and Change UK and believe it will never work.

PAL is not a breakaway party. However, it is also not made up of narcissists and careerists;  our Alliance will give people a real choice to be part of a people’s movement.

RS: It must’ve been a genuine honour to represent the people of Colne Valley in Westminster. You sat on the Education Select Committee, the Welsh Affairs Select Committee, and you served as the Parliamentary Private Secretary (PPS) to the former Shadow Chancellor of the Exchequer, John McDonnell.

You are as qualified as most to offer an insight into the functioning of the Labour Party machinery under the leadership of Jeremy Corbyn.

Where do you think it all went so horribly wrong? – and do you think the Labour left needed to show more internal ruthlessness in the short term to create a genuinely top-to-bottom left-wing democratic socialist party for the future?

TW: I believe the Labour left have learnt an awful lot since the defeat in 2019. I know I have ,on a personal level. I tried so hard to bring members of the PLP together, but I know I was being naive politically and many in the PLP were there to undermine Jeremy and what we were trying to do.

The Left are however, much more organised at rebuttal now. New and emerging left media platforms are also growing in popularity and support. The lies told and the media bias have been exposed and Jeremy is being proven correct on almost everything he said and continues to say on international and domestic policy.

The weakness of the current LOTO, who is a useless politician but also lacking in humour, warmth or empathy, is making many voters realise what they lost. Sadly, though, many are choosing not to vote and it is the lost voter that PAL needs to speak to.

RS: You quite rightly described the Labour Party’s treatment of Jeremy Corbyn as spiteful.

From what I can see, there is no way back into Starmer’s outfit for Jeremy, which to me is a good thing, because this Labour Party doesn’t deserve him.

Should Jeremy choose to leave the Labour Party, perhaps stand as an independent candidate, or even turn the Peace and Justice Project into a political party, can he expect to find an email in his inbox from Thelma Walker, founder of PAL?

TW: I’ll always have massive respect for Jeremy as a friend and comrade, but I believe he wants what I want, and that is to nurture the next generation of socialist politicians. Jeremy is a great MP though, and I’ll be out there door knocking for him in Islington if he decides to stand as an Independent.

You’ve had some fantastic guests on the show over the past 28 episodes, including Rebecca Long-Bailey, Richard Burgon, Clive Lewis, John McDonnell and Ian Byrne.

But who would be your dream guest – dead or alive – and what would you ask them?

From Manchester where I was born and so brave and inspirational.

I’d ask her why women are still fighting for equality and what gave her the strength to face torture and imprisonment.

I’d ask her about her relationship with her mother and sisters too. (Read Natural Born Rebel by Rachel Holmes).

You were in the teaching profession for 34 years, providing you with the sort of real life experience that is sadly lacking with so many of today’s parliamentarians.

You have also sat through numerous sessions in Parliament, witnessing the braying and the abuse that is traded across the floor of the House of Commons.

Was it easier to reason with school pupils or members of parliament? – and if Keir Starmer’s first two years as the leader of the Labour Party was an exam, what grade would you give him?

I don’t trust many MPs to be honest. I don’t trust the system which allowed a sincere man of integrity to be treated in the way he was and to deliver the charlatans we have as PM and Leader of the Opposition .

I wouldn’t give Starmer a grade, I would just ask him to apologise and miss playtime.

We have to change the system.

The People’s Alliance of the Left is going to be one way of doing just that.