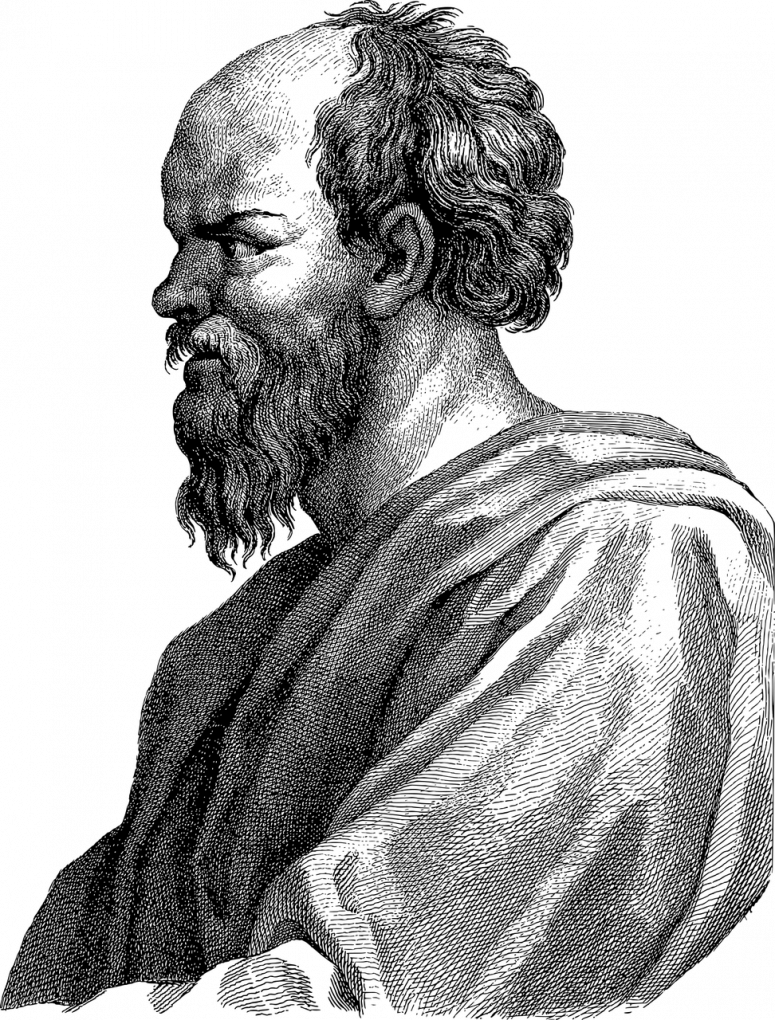 Image by Gordon Johnson from Pixabay

The Socrates Bomb is an anti-propaganda incendiary device for use in cognitive conflict. It’s a front line armament in our battle against the 21st Century pandemic of lies – a cluster munition for deployment against disinformation and deceit. As it explodes it shatters into fragments of different shapes and sizes. Its shrapnel includes:

On impact each of these fragments itself explodes, fanning out in an ever-widening destructive wave.

Among the splinters and shards there’ll be the perfect sliver that skewers the lie.

Socrates was a philosopher who lived in ancient Greece two and a half thousand years ago. He was a remarkable man. Many consider him the father of modern philosophy. He believed that by questioning what we think we know we can strip away our ignorance – our blind faith in meaningless phrases, our adherence to unfounded assumptions… the weak and illogical concepts to which we cling in everyday life – and so partly reveal, like shadows against a stone wall, what is fundamentally true.

Then, once we’ve established the fundamentals, we can build from there a valid, or at least a more accurate and consistent, picture of the world.

To some extent René Descartes’ approach was similar. Clear away the unfounded dogma, get down to the nub of things, then carefully and meticulously construct a world view from the ground up.

Aside from its lack of empiricism, I like this approach.

You could say I’m a Socratic Cartesian Empiricist.

It’s not that you can deduce the world from basic axioms, but that by repeatedly questioning what’s known (or claimed to be known), you can whittle away the lies in our culture, drawing ever closer to the truth.

Socratic Cartesian Empiricism is really just an extension of the scientific method to the unscientific worlds of political and public belief.

Did you know him well?

It’s a shame he drank himself to death.

It wasn’t voluntary – and the drink that carried him off is one you only drink once.

Yes, hemlock. An unpleasant tipple. Best avoided. All the same, he left us a wonderful gift. A weapon against propaganda and spin. A munition for the demolition of lies.

Let’s take a look at how it works.

The evidence shard is one fragment of the Socrates Bomb. It’s a fragment which shatters, on coming into contact with lies, into splinters like these:

“Where are your facts?”

“Is your data selective?”

Evidence is an essential building block for truth.

Logic is another shard in the Socrates Bomb.

“Does that really make sense?”

“Do your facts truly necessitate the acts you propose?”

“If we take what you’re saying to its logical conclusion, don’t we end up with something absurd?”

“When you say ‘Everyone’, don’t you really mean ‘The people I agree with?”

“Is what you’re now saying consistent with what you’ve said before?”

“Doesn’t what you’re saying conflict with other positions you claim to support?”

Logic and consistency are central to common sense. Skewer the illogical and destroy the lie.

The language splinter is needle sharp. It attacks the words being used, the way they’re strung together, the ways they’re misapplied, their propagandistic intentions.

“Do you even know what your words mean?”

“Are you using emotive language just to bypass our intelligence?”

“Are you using aggressive language to intimidate and mislead, or to avoid answering the question?”

“Are you using nostalgic and prejudice-laden words because you’ve nothing more rational or moral to say?”

“Are these slogans an attempt to infantilise your audience?”

“Are you using words like those in order to manipulate or bully?”

Bullies and liars use words as weapons: emotional, manipulative, bludgeoning and dishonest.

Attack their use of language. Expose the bullying and the lies.

This applies to the powerful, the power-seeking, and to those who speak for them. Client journalists, state outlets and the corporate media may entertain and distract – but their honesty is never guaranteed. They invariably serve those who own or control them.

“Whose interests are you serving?”

“What are you trying to achieve by telling me this?”

“What are your motives, or the motives of those you speak for or represent?”

“Why would someone provide me with this information or these alleged facts? Are there hidden motives of which I need to be aware?”

Questions like these strike at the heart of the self-serving and propagandistic. Motives are a far better indicator of outcomes than words. Unveil their motives and you may reveal a deeper and potentially explosive truth.

The most powerful fragment of the Socrates Bomb for attacking socially divisive and eco-destructive propaganda is the morality question. It explodes on impact like this:

“What’s the morality behind what you’re saying or doing?”

“Does what you’re claiming, doing or proposing encourage others to act with integrity, honesty and kindness?”

“If I go along with what you’re saying, or the information you’re presenting, will the outcomes be moral?”

“Does what you’re telling me enable others to flourish? Does it benefit all human communities? Does it protect the biological world?”

“Is this a claim an honest person would make?”

“Is this a claim a person of integrity would make?”

The 21st Century pandemic of lies is inherently malign. Anything which jeopardises the survival of humanity and the biological world is immoral. That’s part of what morality means. Questions of integrity, honesty and morality reveal the lies and propaganda for what they are. These questions are a weapon which immoral narratives find it difficult to withstand.

Why else do you think people who ask these questions are attacked and smeared by the mainstream media?

It’s because they threaten the corrupt foundations on which the powerful sit.

Propaganda, demagoguery and lies kill the greatness in us – just as they killed Socrates on a calm and sunny day in ancient Greece, almost two and a half thousand years ago.

They make us squalid.

They divide us from one another.

But Socrates left us a gift.

It’s something propagandists and demagogues hate.

It’s a weapon against the lies.

A version of this article can also be found in his free eBook Our society is sick, but here’s the cure, which is out now.