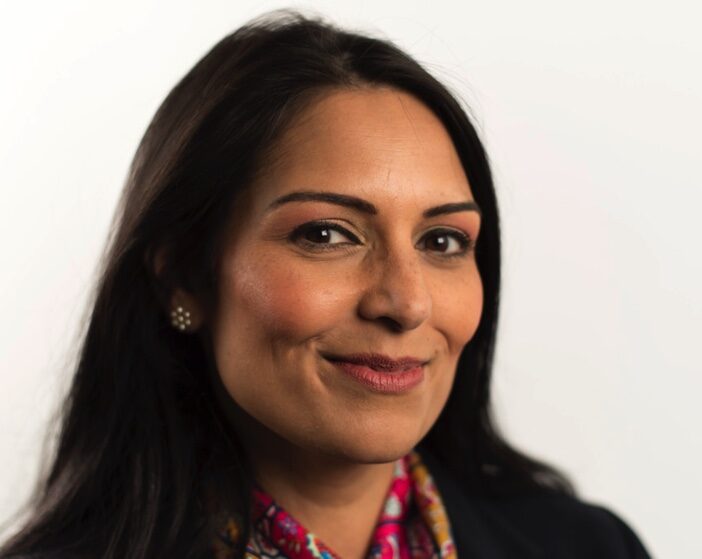 THE Home Secretary, Priti Patel, has reportedly approved new tactics to send boats which are carrying migrants to our shores back to France.

Under these measures it is reported that Border Force officials would be able to turn the boats around, forcing French authorities to deal with them. While an extreme act, it might just be possible if we had cooperation with France, but we already do not take our share of refugees, and now Patel appears to be ready to put these lives at even more risk than they already are.

The news comes after Patel met her French counterpart on Wednesday demanding more action in exchange for £54m the UK offered to France when earlier this year they came to an agreement to more than double the number of police patrolling French beaches.

“Negative impact on our cooperation“

Ms Patel and the French interior minister, Gérald Darmanin, held discussions on crossings at Lancaster House in London, but, while government sources called it a “constructive” meeting, the letter sent by Darmanin to Patel would suggest otherwise.

In it Darmanin stated “safeguarding human lives at sea takes priority over considerations of nationality, status and migratory policy, out of strict respect for the international maritime law governing search and rescue” and warned that employing such tactics “would risk having a negative impact on our cooperation”.

France’s MP for Calais, Pierre-Henri Dumont, also said earlier this week that turning around boats would be a blatant breach of human rights laws and an insult to the dignity of those seeking asylum.

“Not giving a chance to children to be protected is something that should not be tolerated in modern society. We are talking about human rights and dignity.

“This suggestion tears apart the UN Geneva conventions giving the right to everyone to apply to any country for asylum.

“The UK left the EU but the UK did not leave the international community and the UN,” he said.

Human rights groups and those on the left are enraged and charities are urging the Home Office to take a “more humane and responsible approach”. Shadow Home Secretary Nick Thomas-Symonds said: “That the Home Secretary is even considering doing something so potentially dangerous that could put lives at risk is evidence of her own failure on this.”

Conservatives, however, appear to take a different view with Helen Whately saying yesterday that the Government wants to “deter” people from crossing the Channel.

While acknowledging on Sky News that migrants on those routes were “desperate” she added that the journey itself was dangerous. She said: “So we want to deter people from embarking on that kind of dangerous journey.”

This news comes after another surge in the number of migrants, including many refugees, crossing to Britain during the late summer heat, as we reported on Tuesday.

According to the Home Office, 785 migrants, out of an estimated 1,000 who attempted to cross, arrived in the UK on Monday after making the crossing from France in small boats. UK authorities rescued or intercepted 456 people on Tuesday and 301 on Wednesday.

A standoff in the Channel?

But the final decision on whether to use the tactics called for by Patel would be up to the captain of the British Border Force vessel involved.

Is she really advocating for some sort of standoff between the UK and France in the middle of the Channel with the very real possibility of both sides watching refugees struggling in the sea and waiting to see who will ‘blink first’ and save them?