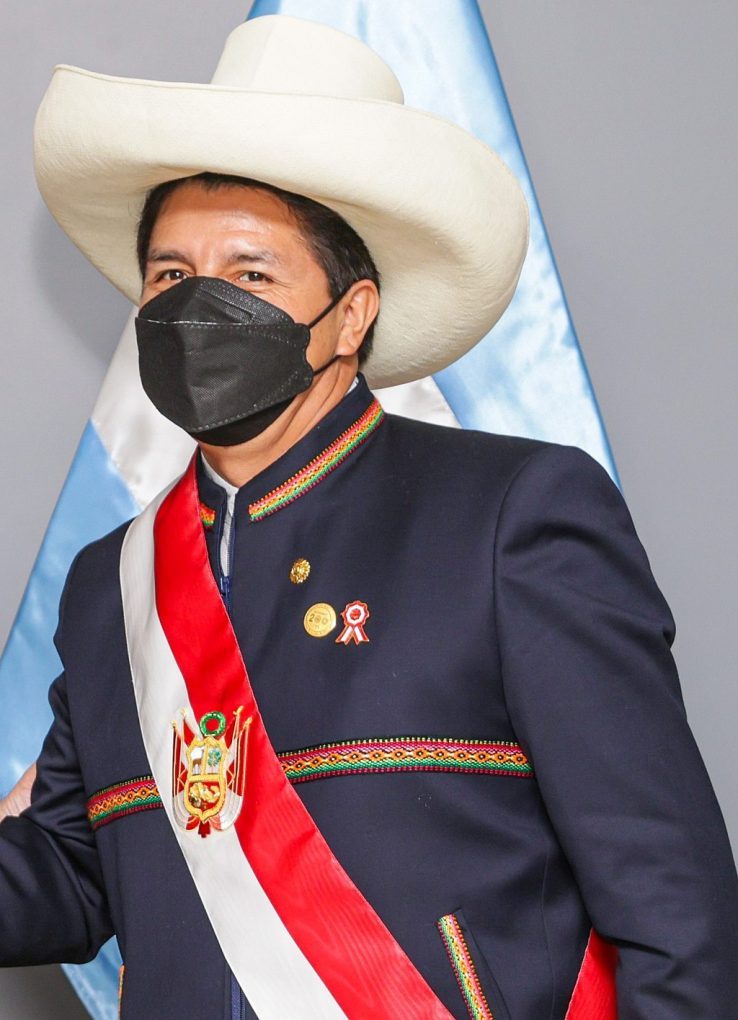 PERU’S left-wing president, Pedro Castillo, has been removed from office and detained on charges of rebellion. This took place after he announced he would shut down congress and install a “government of exception” just hours before he was due to face an impeachment vote.

As is often the case, diametrically opposed versions of the events are being expressed on Twitter. Reality sits somewhere in the middle.

Ben Norton tweeted, “The US embassy is pushing the narrative that Peru’s President Castillo launched a coup.  In reality he is the victim of a coup by the right-wing controlled congress. Police arrested him. Congress swore in a new president, Dina Boluarte, who was expelled from the leftist “Peru Libre” party.”

The angry internet made the point that “six of the 15 members of his own party voted to remove him, three abstained and three didn’t bother to show up”.

Many see this as another example of a powerful right-wing cabal overturning a democratically elected leader who attempted to alter the balance of power in the interests of the majority.

There is no doubt that, when he was elected President of Peru last year, 53-year-old Castillo inspired hope in many.  As a schoolteacher with no governmental experience he pledged that after his administration “there would be no more poor people”.

He had risen to prominence five years earlier after he led a national teachers’ strike that forced the then Government to agree to pay rise demands.

However, the writing was already on the wall for his presidency at the time of his election.  It was fraught with tensions.  He had a wafer-thin majority which was bitterly challenged by his far-right opponent, Keiko Fujimori.  When she was forced to accept defeat she pledged to lead the great challenge of “stopping communism in Peru” and vowed to make Peru ungovernable. She appears to have largely succeeded.

Despite attempting to live his values by refusing to take the presidential salary, or live in the Government Palace, he was forced to make concessions from day one.

“We are not Chavitas,” he said. “We are not communists, we are not extremists, much less are we terrorists.“ He was also forced to rule out the nationalisation of the mines and called for the long-standing central bank chief, Julio Verde, to remain in post.  Analysts at the time recognised that the slim majority left him with little room for manoeuvre.

He described himself as “a man of work, a man of faith, a man of hope”. Sadly, neither work, faith nor hope have been of much help.

Whether as a result of political inexperience or the relentless and powerful onslaught by the opposition, his administration has been chaotic. In the first few months alone, there were two attempts to impeach him.  Castillo and his family have also been under investigation for months after repeated accusations of corruption and influence peddling.

Ultimately, Castillo was fighting alone without mass support.  He refused to close ranks with the Peruvian left and gave into the demands of the right and the US embassy too many times.  His demise shows, once again, the limitations of the parliamentary route to socialism. Castillo was not a declared socialist as such but he was popular with those on the left who believe that it is possible to capture state power and wield it for good purposes regardless of the support, or lack thereof, of the masses. Once again we see clearly that power does not lie in parliament. That simply becoming president or prime minister does not herald a new dawn unless it is backed up by the mass actions of the organised working class. Otherwise all you can do as ‘leader’ is hold the reins for the right whilst they regroup.

In the end Castillo’s attempt to close Congress were the actions of a desperate man. The only winners are the Peruvian oligarchy and its US friends.