Israeli Jews say they should have more rights than non-Jews 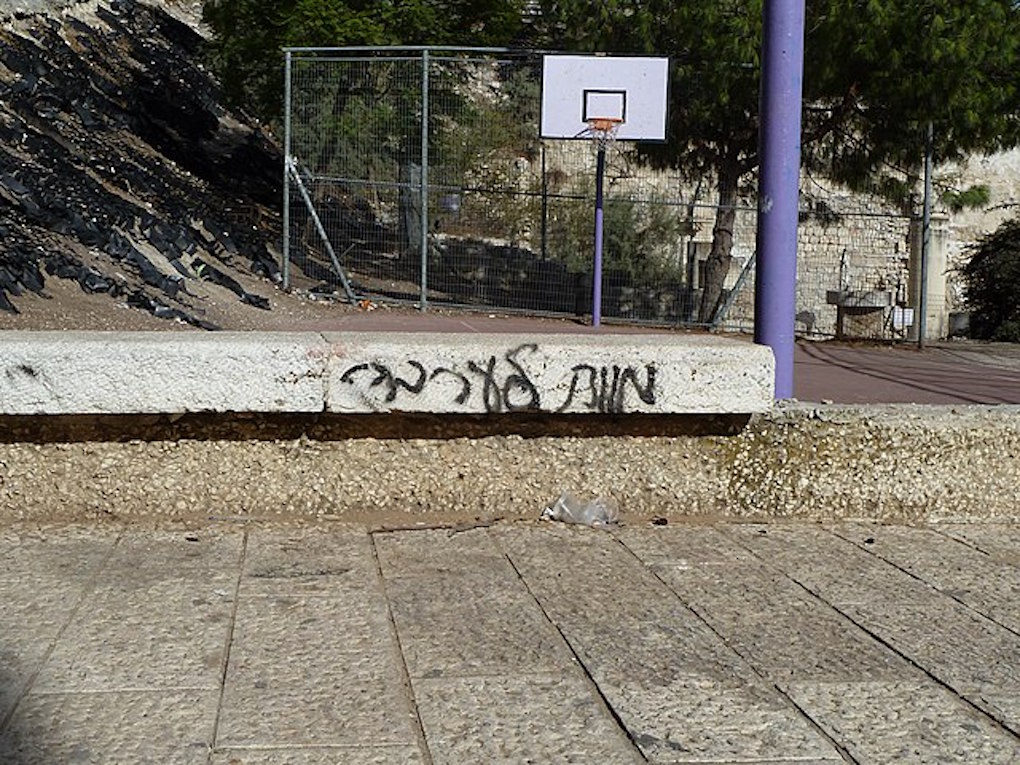 A STUDY carried out by the Israel Democracy Institute yesterday found that 42% of Israeli Jews believe they should have more rights than non-Jewish citizens. Meanwhile in the occupied territories two more Palestinians were killed yesterday. Palestinians already have fewer rights than Israelis, and that this has widespread support should worry all of us.

One of those killed was 21-year-old Bakeer Mohammad Hashash who was shot dead by Israeli forces during a confrontation following an army raid on Balata refugee camp, the largest in the occupied West Bank. Such raids are carried out almost daily, and on Wednesday night at least 21 Palestinians were arrested in overnight raids carried out across various cities and villages in the West Bank.

Hashash’s family told local media that the Israeli army had been targeting him for a long time. In a video interview, his mother said her son had feared arrest when he heard about the army’s raid on the camp. After the killing a large protest in the camp ensued.

The second of yesterday’s victims, was 25-year-old Mustafa Yassin Falna, from Safa village, west of Ramallah, in the central part of the occupied West Bank. He was killed after being rammed by a car driven by an Israeli, while heading to work in Jerusalem. His family said Mustafa, a married father with an 18-month-old baby, was crossing the street while on his way to work when he was killed.

These killings are far too commonplace, but, instead of the international community putting pressure on Israel to end their occupation of the West Bank, we instead saw on Wednesday the Dutch government saying it will no longer fund one of the six major civil society and human rights organisations, the Union of Agricultural Work Committees (UAWC), in Palestine. Why? Because despite there being no evidence of it being either a terrorist group or affiliated with terrorist groups, Israel deemed it as such and banned such groups in October 2021.

The UAWC is an organisation which was founded to help farmers and provides much-needed aid to Palestinians, not least by rehabilitating land at risk of confiscation by Israel but also by helping tens of thousands of farmers in the more than 60 percent of the occupied West Bank under direct Israeli military control, and where most illegal Israeli settlements and their infrastructure are located.

The group said it would consider legal steps to challenge the Dutch government’s “harmful and unfair decision”, which, it warned, was “likely to resonate far beyond our organisation”.

The move stems from the October decision to designate six civil society and human rights groups in Palestine as ‘terrorist’ organisations. Five of the organisations are Palestinian: Addameer Prisoners’ Rights group; Al-Haq rights group; the Union of Palestinian Women Committees (UPWC); the Union of Agricultural Work Committees (UAWC); and the Bisan Center for Research and Development. The sixth is the Palestine chapter of the Geneva-based Defence for Children International organisation.

The pretext was that these groups are affiliated with the left-wing Popular Front for the Liberation of Palestine (PFLP), and claimed they “constitute an arm of the leadership, the main activity of which is the liberation of Palestine and destruction of Israel”. The PFLP’s armed wing was active as an organised body during the Second Intifada and carried out attacks against Israeli targets.

However, although no evidence was provided by the Israeli government to substantiate its claims about the six organisations, simply designating them ‘terrorist’ organisations “authorises Israeli authorities to close their offices, seize their assets and arrest and jail their staff members, and it prohibits funding or even publicly expressing support for their activities”, according to a statement by Human Rights Watch and Amnesty International. And under the occupation members of any designated ‘terrorist’ organisation can be criminally charged for their membership in or affiliation with the group.

It was an astonishing attack on human rights and with Wednesday’s study on the rights of Jews and non-Jews which also showed that among Jewish Israelis the IDF is still the institution with the highest level of public trust – this while they daily target Palestinians both in their homes and on the streets – Palestinians have grave cause not just for concern, but for their very lives. As would be testified to by the families of Bakeer Mohammad Hashash and Mustafa Yassin Falna.