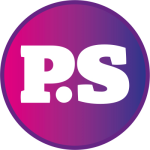 Charities such as Women’s Aid highlighted their concerns about the increasing risk of domestic violence due to isolation when the first lockdown was announced in March 2020.

Refuge also reported that 72% of these were from women who said they were experiencing violence and abuse, and nearly a fifth said their abuser had threatened to kill them. They also say that many calls were from women who were being terrorised in their own homes, and who were afraid to seek treatment for their injuries in case they overburdened hospital staff. Many women were also making plans to flee their homes, while others had no home to go to, leaving them at a high risk of becoming homeless.

Lisa King, Refuge’s director of communications and external relations, said, “Home is not a safe place” for women and children experiencing domestic abuse. She also went onto say, “Lockdown measures, where women have been isolated and confined with their perpetrators, have compounded their exposure to violence and abuse.”

Refuge report that the largest number of calls and contacts had come from women in their 30s. Many 16 to 25-year-old women, as well as their concerned family members, friends and neighbours, reached out via the helpline’s Live Chat facility to report worries of domestic abuse taking place. The live chat facility enables people to communicate with helpline advisors online and, crucially, in anonymity.

It was reported that in 2020, Refuge made almost 4,500 referrals to refuges across the country, enabling women to flee abusive partners. When the first lockdown was lifted last year, Refuge also reported there was an increase in women seeking emergency accommodation. Refuge have shared their concerns that this could be repeated during the latest lockdown easing.

Respect, a charity which runs an advice line for male victims of domestic abuse, have also reported a 70% increase in calls, emails and webchats in 2020 compared to 2019. And during the latest lockdown, appeals for help continued to increase.

The most recent figures from the Office for National Statistics show that in the period from March to June 2020 there was a 7% rise in domestic abuse offences recorded by the police in England and Wales.

Police figures report that in the four weeks to the middle of January, covering the first two weeks of the last lockdown, there was a 4% fall in recorded incidents of domestic abuse. But the National Police Chiefs’ Council said not all such incidents would result in a crime being recorded and hidden abuse was not captured in this data.

Charities have always stressed that many victims do not report abuse to the police, so the figures are likely to be much higher than reported.

The Home Office said the Government had given more than £27m to domestic abuse organisations to help them deal with the effects of the pandemic. A spokesperson added: “Our landmark Domestic Abuse Bill will bolster the response to domestic abuse on every level, strengthening protections for victims whilst also ensuring perpetrators feel the full force of the law.”

In February 2021, the Domestic Abuse Commissioner, Nicole Jacobs, told the Home Affairs Committee that the “tail” of the pandemic’s impact on domestic abuse would extend “well beyond” the easing of lockdown, and that survivors depended on these services. The Commissioner welcomed the Government’s emergency funding throughout the pandemic but said this was nowhere near “the kind of sustainable foundation” needed.

The Domestic Abuse Act 2021, which came into force on 29 April 2021, aims to make changes to better protect victims of domestic violence. Organisations such as Refuge and Women’s Aid have also welcomed the Act, but they stress that its effectiveness relies upon the correct implementation and adequate funding to ensure that it succeeds and meets the needs of people suffering from domestic violence.

On 11 April 2020, the Home Secretary announced £2 million to bolster domestic abuse helplines and online support immediately. By July 2020, £1.2m of this funding had been allocated to service providers. A further funding announcement followed. On 2nd May 2020 the government announced that it had pledged £76 million emergency funding to support vulnerable people. £25 million of this was allocated to domestic abuse services including £10 million to fund safe accommodation for victims of domestic violence.

On 18th November 2020, midway through the second English lockdown, the Ministry of Justice provided £10.1 million to boost funding for victims of rape and domestic violence with a further £683,000 from the Home Office for domestic abuse organisations.

In January 2021, shortly after England entered its third lockdown, the Government announced that it had partnered with pharmacies across the country to launch the ‘Ask for ANI’ (Action Needed Immediately) to help survivors. Pharmacies participating are supposed to display material to let survivors know that trained staff are available to offer a safe and private space, with the option to call the police or other support services if needed.

Whilst the government has given extra funding to domestic violence organisations and charities, it still doesn’t cover the amount of funding that has been taken away from these organisations throughout the years since the Tory Party was first elected.

The safety of everyone who is a victim of domestic violence, including children and men should be a priority for any elected government. For that to happen we need to continue to campaign with and on behalf of these organisations to try to get the government to accept that they’re failing victims of violence and abuse.

Personally I believe that the funding given should be increased and extended to exceed the full funding that they were previously given. If not, the Government will continue to fail those most in need of help and support.

If anyone would like to donate to keep my blog and campaign going my Paypal ad is seercharlotte@gmail.com

I blog weekly over at thepoorsideof.life