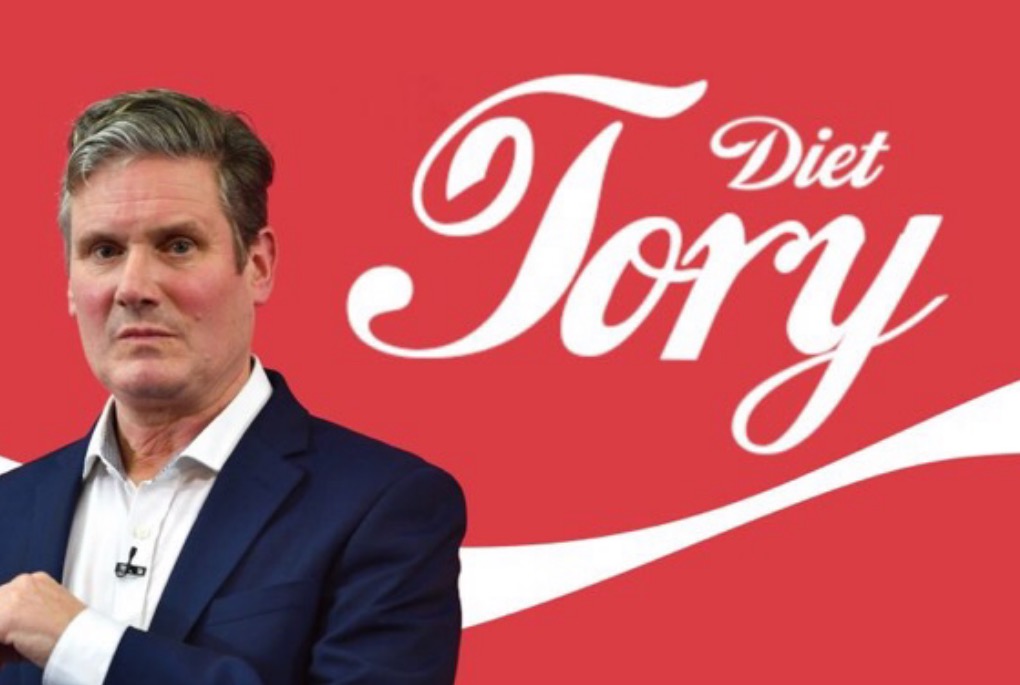 Nothing To See Here

Trickett has a slick and effective social media operation going on though I’m not sure that many people have noticed. At the time of writing Starmer’s Twitter feed had been inactive for two days, despite the cost of living crisis, despite his Labour Party trailing the Tories in the opinion polls by a country mile, and despite the Tories okaying the distribution of millions of gallons of raw sewage into our waters.

Sovereignty has never looked and tasted so good, right?

I know the next election won’t be won and lost on social media. It is simply one battlefield. But I promise you this: as the printed press slowly dies a welcome death social media will continue to grow as a first-choice news source. While the establishment media have a massive online presence, independent media has a greater platform and presence than it could ever hope for back when a vast majority of people’s news came from a newsagent.

The importance of having a decent social media presence is fairly obvious to most of us, particularly if you are the leader of the Labour Party, and you have more than one million Twitter followers to inform, influence, and most importantly, inspire.

Starmer’s social media ‘game’ is very much like Starmer himself: Bland, uninformative, you know? Just completely lacking any character? If centrist dad dancing was a Twitter feed, it would be Keir Starmer’s Twitter feed. You only need to scroll up a few times to see there is no spontaneity, no passion, and absolutely nothing about what the Labour Party stands for in 2021.

It’s all very good slating the Tories – once in a blue moon – but what is the point of being in opposition if you’re not consistently opposing this tragedy of a government, and telling the British people how you, Keir Starmer, will make their lives better than what they are now?

Just this Monday, Keir Starmer was asked what his ‘big idea’ was for Labour to take out to the country. Good question. Starmer’s reply? ‘Cutting business rates’.

“Hurrah!”, says the nurse that relies on food banks to feed her family. Claps don’t put food on the table, I’m afraid.

“Brilliant news!”, says the grafter that has worked for the same company for decades, on a pitiful wage, relying on government support to top up their wages, only to be fired from their job, and rehired soon after, for a lower wage, while the cost of living absolutely skyrockets.

Our NHS is being sold off and services are being farmed out to the private sector  at a greater rate than ever before. Don’t ever let anyone tell you Covid-19 was bad for everyone, because it wasn’t, particularly if your name is Bezos, or if you knew how to set up a PPE supply company in your dogs name, ideally offshore, supply experience not essential.

Our basic rights are under attack. Voter ID is a scam. The tragic murder of David Amess is being used as a reason to ban anonymous social media accounts. The censorship of journalism. The Police, Crime, Sentencing and Courts Bill is is the spark that lights Priti Patel’s bonfire of your rights.

What will it actually take to get Keir Starmer to at least sound like a leader of an opposition party that would be ready to govern if they miraculously won an election tomorrow? This man has the likability of swimming around the Kent coastline with your mouth wide open. He is so frustratingly lacklustre, so painfully ineffective, and to top it all off, he cannot be trusted.

It was the 3rd US President, Thomas Jefferson that said:

Come the next election you will have the biggest liar of them all, or his successor, pointing to the fact that if Starmer was so willing to deceive the Labour membership in his pursuit of the Party leadership, how many lies will he tell in his quest to land the biggest job of them all?

It wasn’t that long ago that we felt genuine optimism, because we had a genuine alternative to the tired old establishment politics for the first time in many decades. The choice between optimism and despair is no choice at all, but where is that optimism going to come from when we are surrounded by despair?

It will not come from stand-for-nothing Starmer, or any of the current PLP centre-right infiltrators, but it might well come from someone else to the left of this thoroughly unpleasant, unpopular and critically, unelectable shambles of a leadership.

Thank you for taking the time to read my thoughts, if you want to chip in towards improving my ongoing campaign, and it would cause you *no hardship*, you can do so here