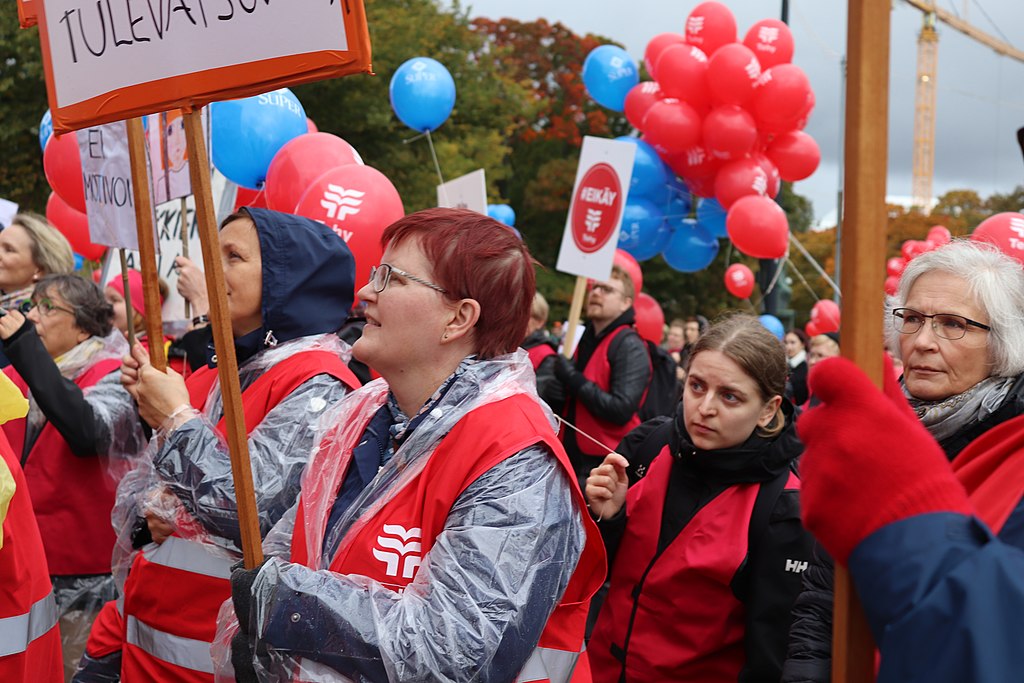 NURSES in Finland have ended their eight-month old dispute after their employers agreed a pay deal worth between 13 and 17 per cent. The employers revised their offer when intensive care nurses threatened to walk out. This was met with an injunction. At this point the nurses began organising a mass resignation.

The Finnish Union of Practical Nurses (Super) and Union of Health and Social Care Professionals (Tehy), announced five limited strikes in intensive care units and home care, to begin in September. This led to the employers asking the courts to outlaw strikes completely. The court dutifully complied providing the Local and County Government Employers (KT) injunctions, complete with one million euro penalty fines for each strike for both unions.

The background to this dispute, as with many disputes across the health sector throughout Europe (and beyond), is that, whilst lauding them during the worst phase of the Covid pandemic, governments have been slower to turn hand claps into pay rises. Indeed, Aki Lindén, Finland’s Social Democratic Minister of Family Affairs and Social Services, continued to push forward the Patient Safety Act which would restrict the right to strike in the health care sector in cases where the life of patients is in danger whilst the dispute was ongoing. Linden, incidentally, has spent a large part of his career as a CEO of health care districts, which are the nurses’ employers.

Healthcare in Finland is publicly funded by taxes and social security payments. However, while the government-level initiatives focus on health promotion and social welfare policies, the healthcare system is highly decentralised, and individual municipalities (local governments) organise and deliver the actual healthcare to Finland’s residents. It is this which has led to nurses who do similar jobs being paid different rates.

Although healthcare is publicly funded, it is not free at the point of use. For example, a GP’s visit can cost up to €20,60.

According to KT the agreement includes details of the harmonisation, but Millariikka Rytkönen, the chairperson of Tehy, argued that: “Wage harmonisation can’t be carried out at this table, and anyone who has the slightest understanding of the law knows that”. In other words, whilst the dispute has formally ended, the disputation goes on.

Finland’s government, elected in March 2022, is a coalition of the the Social Democratic Party (which has its roots in the Finnish trade union movement), the Centre Party (which has been variously described as “social liberal”, “conservative liberal” and “liberal conservative”), the Green League, the Left Alliance and the Swedish People’s Party. Of the five government parties, only the Left Alliance was in favour of extra spending to boost salaries for the nurses.