Nuclear War? No Thanks! 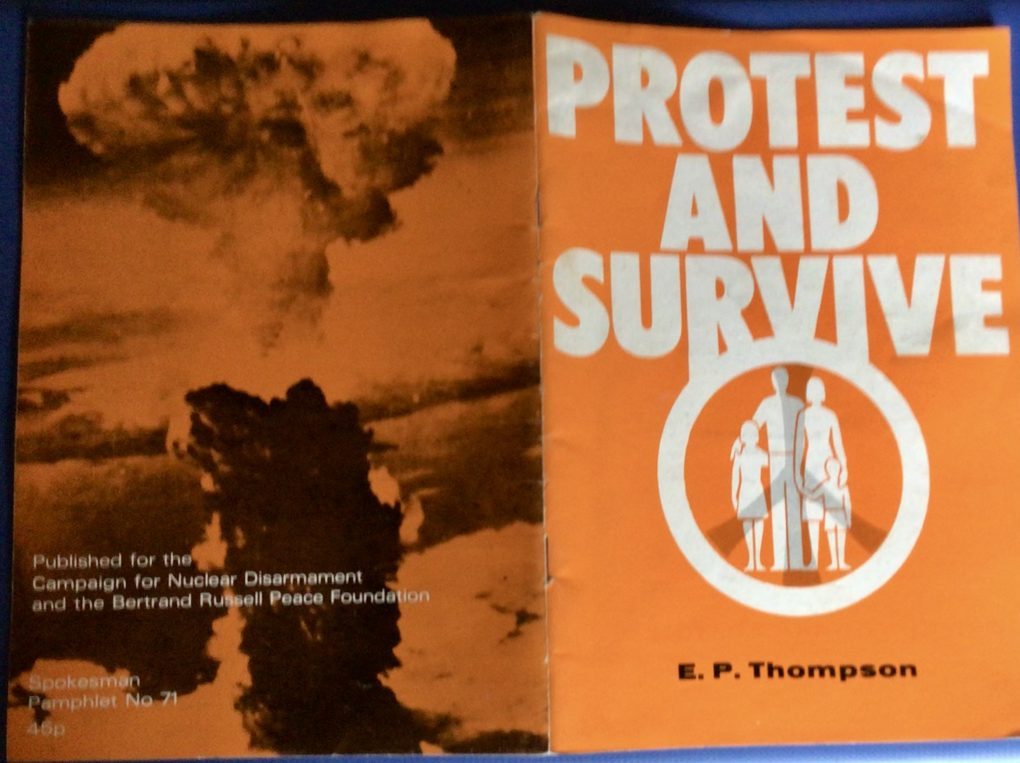 Nuclear war is now more likely than at any time since the Cuban Missile Crisis in 1962. The USA had set up missile bases in Turkey, and Russia retaliated by siting its missiles in Cuba. As Russian ships sailed towards the American naval blockade around Cuba, we thought the world was ending. I was nine at the time and have spent my entire life in the shadow of the bomb. Khrushchev appeared to back down by agreeing to remove his missiles. But the US had secretly agreed to remove its missiles from Turkey as well, and so the crisis ended.

The Russian invasion of Ukraine has raised the possibility of war between NATO and Russia, which could quickly escalate into nuclear war. Such a war would become inevitable if NATO tried to enforce a no fly zone over Ukraine. This is why all the NATO powers have vetoed the idea.

But rather than tone down the rhetoric we have Health Secretary Javid repeating Johnson’s phrase about ’one Russian toecap.’

One Russian toecap on NATO soil will be considered an Act of War, cabinet minister warns

In truth, it is more likely that a stray Russian missile will overshoot its target and land in error on NATO territory. Will that be enough to justify a war with Russia? One can only hope that Johnson and Javid will not be in charge of the response if it happens.

When Covid happened the government first claimed to be fully prepared and, when it was obvious they had not prepared at all, they defended their lack of preparedness, saying the viral threat was unprecedented and unforeseen. That was a lie as well.

They will find it even harder to claim ignorance as a defence for their failure to prepare for a future nuclear war, especially as they already devote £2.3 billion a year to maintaining the Trident programme for use in such a war. So how do they justify scrapping the civil defence measures because they were not needed when the cold war ended in the early 1990s, while maintaining our own nuclear threat?

Finding PPE against nuclear attack will be harder than it was against Covid. Perhaps Serco will get the track and trace contract for incoming missiles? Not so daft as it sounds because the government are developing a phone app based on the NHS Covid app to give warnings of danger to life nearby. It should have launched by now but has been delayed, according to an unnamed source in the cabinet office.

There is no public warning system because the Government has dithered on it as no one department wants to pay for it, whether that be the Home Office, the Defra or the Cabinet Office. We are totally unprepared.

UK has no alert system to warn public of imminent nuclear bomb attack from Putin with funding row blamed (inews.co.uk)

Let us hope we are still around to use it when it does appear.

Both the military and the emergency services have urged the government to update guidance to the public that was last published in 1980. They have refused because they say it could cause us to panic. The previous advice came in a pamphlet called Protect and Survive. With advice on how to build your own nuclear shelter or whitewash your windows to deflect the blast, it was so laughable that people did not panic. They got angry.

CND and the Bertrand Russell Peace Foundation responded with their own pamphlet, Protest and Survive. Its author, historian E.P. Thompson, spoke to packed meetings around the country. In 1981 the Greenham Common peace camp was established to protest the stationing of American nuclear weapons at the base. CND membership soared. A national demonstration in Barrow-in-Furness in 1984 attracted 20,000 people. Striking miners who were in town to collect money at the shipyard gates supported the demo and joked that CND meant Coal Not Dole! 1,000 people formed a human chain around the Trident submarine works. We all sang “We Shall Overcome” and held a four minute silence for the victims of Hiroshima and Nagasaki.

This is what the government fears. Not public panic, but public outrage and protest. Then, as now, we cannot rely on the government or the Labour opposition with its loyalty to NATO. We should take E.P. Thompson at his word to Protest And Survive.