No signs of peace in Ukraine 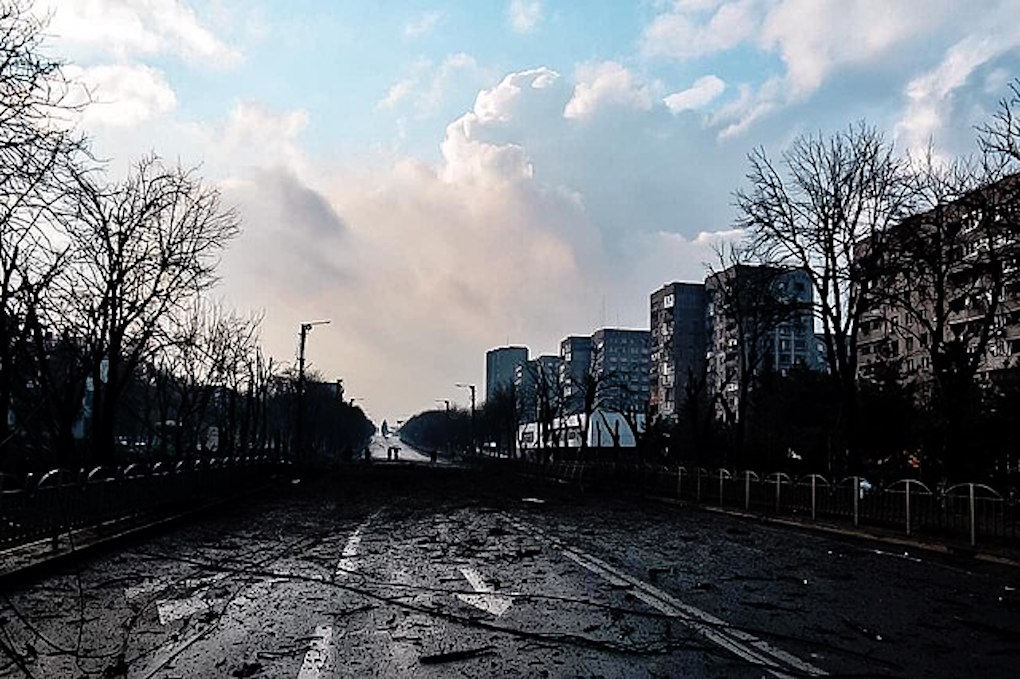 UNFORTUNATELY for all those involved, the war in Ukraine is showing no signs of de-escalation. Rather, yesterday we saw Russian forces bombarding several Ukrainian cities including Lviv in the west. Officials reported that seven people in Lviv were dead after four rockets hit military targets, and also a car tyre service point. Shelling was also reported in the capital Kyiv and the southern city of Mykolaiv, near the port of Odesa.

Meanwhile the Ukrainian Prime Minister, Denys Shmyhal, said defenders of Mariupol will fight to the end despite the city being surrounded by Russian troops. Russia’s military says it controls almost all of Mariupol. Mariupol is seen as a major strategic prize for Russia as it would gain control of a vast area of southern and eastern Ukraine. Meanwhile Ukraine’s Azov Battalion is still holding out in Azovstal, a huge steelworks overlooking the Azov Sea

“Fight until the end”

In an interview with the US network ABC, Shmyhal said a Russian deadline for Ukrainian forces in Mariupol to surrender by Sunday had been ignored. “The city still has not fallen,” he said. “There is still our military forces, our soldiers, so they will fight until the end. And as for now, they still are in Mariupol.”

As Mariupol defenders do indeed appear to be prepared to fight to the end, Ukrainian officials are still denying the possibility of any territorial concessions to Russia. In an interview broadcast on Sunday by CNN, President Volodymyr Zelensky brushed aside the idea of letting Moscow take over parts of eastern Ukraine to stop the conflict.

“Ukraine and its people are clear. We have no claim to anyone else’s territories but we are not going to give up ours,” he said.

Against this backdrop Russian state TV aired a video showing two fighters from the UK – ex-soldier Shaun Pinner, 48 from Watford and Aiden Aislin, 28 a mercenary from Newark, Nottinghamshire – who were captured fighting alongside Ukrainian marines. They were asking to be exchanged for a pro-Kremlin politician who is being held by the Ukrainian authorities. Viktor Medvedchuk, a wealthy Ukrainian close to Russian President Vladimir Putin, had been under house arrest in Ukraine since May 2021 after being charged with high treason and later with aiding  and abetting terrorism.

On February 28, just four days after Russia invaded Ukraine, Medvedchuk fled his house arrest only to be recaptured last week. Zelenskyy announced in a Twitter post that Medvedchuk had been apprehended after a “lightning-speed operation” by Ukraine’s Security Service. The post included a photo of the handcuffed Medvedchuk, looking washed-out and dishevelled in a badly fitting military uniform; in the past, he was often seen smiling, wearing bespoke suits.

The two British men, Pinner, and Aslin, appeared on the Rossiya 24 state TV channel yesterday and spoke separately, asking the British government for help to be brought home in exchange for Medvedchuk. It was unclear whether the two men, both of whom had been living in Ukraine prior to the invasion and were serving as marines in Ukraine military, were speaking under duress.

Medvedchuk’s wife, Oksana, made an appeal over the weekend for her husband to be swapped with the UK fighters, and Aslin referred to this in the video, saying, “I think that Boris needs to listen to what Oksana has said. If [he] really does care about British citizens like he says he does then he will help.”

Pinner said, in a direct appeal to Prime Minister Boris Johnson, “obviously I would really appreciate your help in this matter.

“I understand the situation. I’d like to appeal to the government to send me back home, I’d like to see my wife again.”

As of this morning  the Foreign Office had only said it was aware of the detention of two British nationals and had been in touch with their families to support them.

There is still no talk of negotiations towards a peaceful settlement, from either side. It would appear both leaders are prepared to sacrifice their citizens rather than give an inch.

If you support a peaceful solution you should write to your MP, as we outlined in our Write For Peace campaign.

One thought on “No signs of peace in Ukraine”