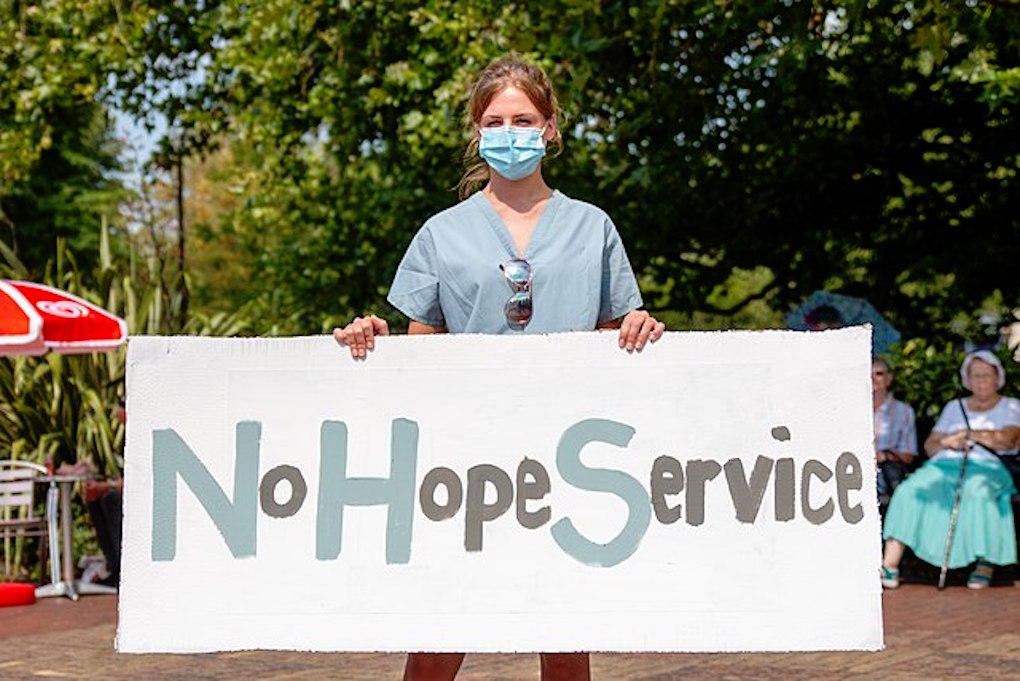 AS WE heard the tragic news on Wednesday of 27 refugees drowning while trying to reach the safety of our shores, many of us will also have seen the truly despicable comments across social media of how these people only come for our benefits, or for a good life.

Firstly, it is worth reminding such people that, while asylum seekers do not have the right to work and so must rely on benefits, they receive only £39.63 per person per week, which is just 5.64 per day for food, clothes and other needs. And, while housing is available to them, they cannot choose where they live and are too often put into properties which council tenants do not want.

But this is not the end of it. According to researchers at the Institute for Public Policy Research (IPPR), we have in place at the moment an unjust system which charges people who have migrated to the UK 150 per cent of the cost of healthcare on the NHS. This applies not just to refugees but to people who have migrated to the UK but are not deemed to have ‘ordinary residence’.

Under the rules, anyone not ‘ordinarily resident’ in the UK is charged the full price of the NHS national tariff plus an extra 50 per cent for any secondary healthcare they receive, such as hospital services and child and adolescent mental health services (CAHMS).

‘Ordinary residence’ is generally understood as residing in the UK legally and voluntarily for a settled purpose. To qualify, migrants typically need indefinite leave to remain or status under the EU settlement scheme, and we’ve all seen and heard how that has worked out for many people who have lived in the UK for many years, but after Brexit had to provide proof of how long they had lived here.

The report also warns that this system of NHS charging, which has become increasingly severe as part of the government’s ‘hostile environment’, was a threat to individual and public health. It found the system delays some people receiving treatment and has a deterrent effect, discouraging those who might be liable for the charges and those who mistakenly fear they might be charged, from seeking urgent medical attention.

The IPPR report found, after interviews with NHS staff, that this is a complex and costly system which incentivises racial profiling and advised that a change in the definition of the term ‘ordinary residence’ to one which includes all residents regardless of immigration status would help to improve the current system.

One person interviewed for the report, who had previously worked as an Overseas Visitor Officer and who had been tasked with managing the system and identifying chargeable patients for the NHS, said that they had felt forced to discriminate between patients based on their name:

if you’ve got a, I don’t know, Mohammed Khan and a Fred Cooper, you’re obviously going to go for [investigating] the Mohammed Khan… Even for someone who’s, you know, well I’d like to think hopefully open minded, like myself, you’re just trying to save yourself time because there’s not enough hours in the day

Quite apart from the fact of this system being costly to administer in itself, with only a fraction of the amounts invoiced recovered, interviews conducted with other officers, patients, policy professionals and doctors revealed that processes varied across the country, with a lack of consistent training. The report criticised the fact that hard-working frontline staff, such as nurses and doctors, are having to face the additional burden of considering whether to refer a patient for charging, which would likely distract them from assessing these patients for illnesses.

A system such as the report recommends would allow people to easily provide proof of UK residency through statements from community figures such as GPs, social workers, teachers, landlords or neighbours. and would help to ensure that no resident is refused care in England because of their immigration status.

Marley Morris, IPPR associate director, said: “The current system for NHS charging in England is unfit for purpose. Under these rules, many long-term residents are left facing extortionate bills for receiving critical treatment. These rules are debilitating for patients, stressful to enforce for doctors and nurses, and harmful to public health.

Our proposals would ensure that all residents, regardless of their immigration status, would be able to access free secondary healthcare at the point of use, provided they were not a short-term visitor

Yet all those people on social media, some of whom were positively celebrating the fact that human beings had drowned, would no doubt agree with the Government and its ‘hostile environment’ policies which see vulnerable people denied NHS treatment or forced to pay what they cannot afford.

Is this really what we have become? A nation with no compassion for those whose only ‘crime’ is seeking a safer and, hopefully, better life? I say no. We should be better than that.