NHS under attack as Tories lie 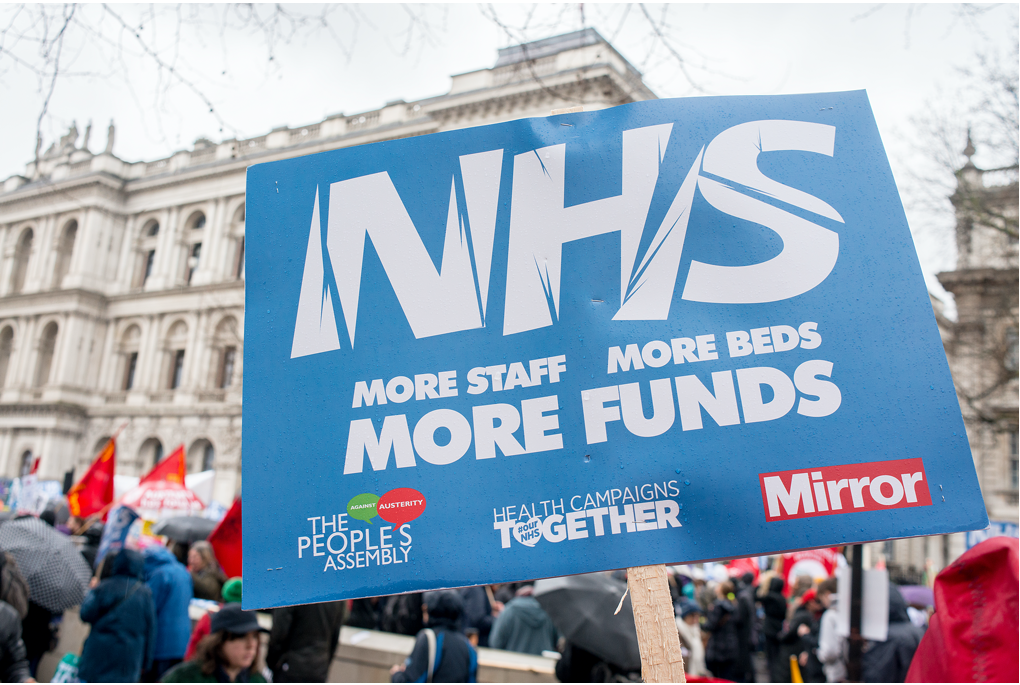 Plans to privatise the NHS and to allow American big pharma to make further inroads into our health sector look set to be finalised as the Health and Social Care Bill continues to make its way through Parliament.

Labour’s Richard Burgon told a debate in Westminster Hall yesterday: “Instead of addressing the immediate crisis of 5 million people—and rising—on waiting lists, or the tens of thousands of staff vacancies, we are getting yet another top-down reorganisation, the aim of which is to accelerate the stealth Americanisation of our national health service.”

In response, Conservative Minister for Health, Edward Argar, claimed: “There have always been key elements of the NHS that have involved private providers, voluntary sector providers and so on. What is instructive is the extent to which that was accelerated when the Labour party were in power.” He finished by making what to many, particularly those working in the NHS, will appear a ludicrous claim: “We remain the party of our NHS; we will give it the support it needs—as we always have done.”

As the debate was taking place, senior medical staff from Brighton and Sussex University Hospitals Trust have written to their Chief Executive saying, “We are devastated to report that the care we aspire to is not being provided at UHS… We are forced to contemplate that it is not safe to be open as a trauma tertiary centre and we feel elective activity must be proactively diverted elsewhere.”

They go on to say, ““Clinical safety issues, gross operational inefficiencies and burnout within our remaining depleted staff groups” is leading to delays in “treatment of time critical emergency or trauma cases. This is an extremely unsafe situation and is preventing us from providing a safe trauma and tertiary vascular service”.

Meanwhile Twitter user @NHSActivistRN reported yesterday: “Due to service demands ICU and critical care nurses in certain areas of Scotland are working short-handed. Therefore some shifts are having to work through rest breaks.” Staff are being placed under an incredible strain without further disruption caused by an unnecessary and costly restructuring. The only winners will be the private consultancies brought in to help the carve up and private providers to whom most of the cash will inevitably flow. Brighton MP Lloyd Russell Moyle  estimates that  around 40% of intensive care and theatre nurses are suffering with post-traumatic stress or depression.

The Health and Social Care Bill will mean a major restructuring of the NHS in England. Mike Sivier of Vox Political Online outlines the major issues with the Bill. They include the following:

Whilst the petition to halt the reorganisation has managed just over 15,000 signatures, nurses throughout England are being forced to consider strike action to support their pay claims. The Tories’ claims to be protectors of the NHS are highly likely to be proven false. It is now the Tories’ first recourse when questioned to lie. They are usually supported in this by a compliant mass media, who, as MediaLens points out in an excellent review, are little more than Government spin doctors.

Socialists must continue to support NHS workers and continue to work to bring these issues to a public that is being increasingly misled about what is going on under their noses.

One thought on “NHS under attack as Tories lie”