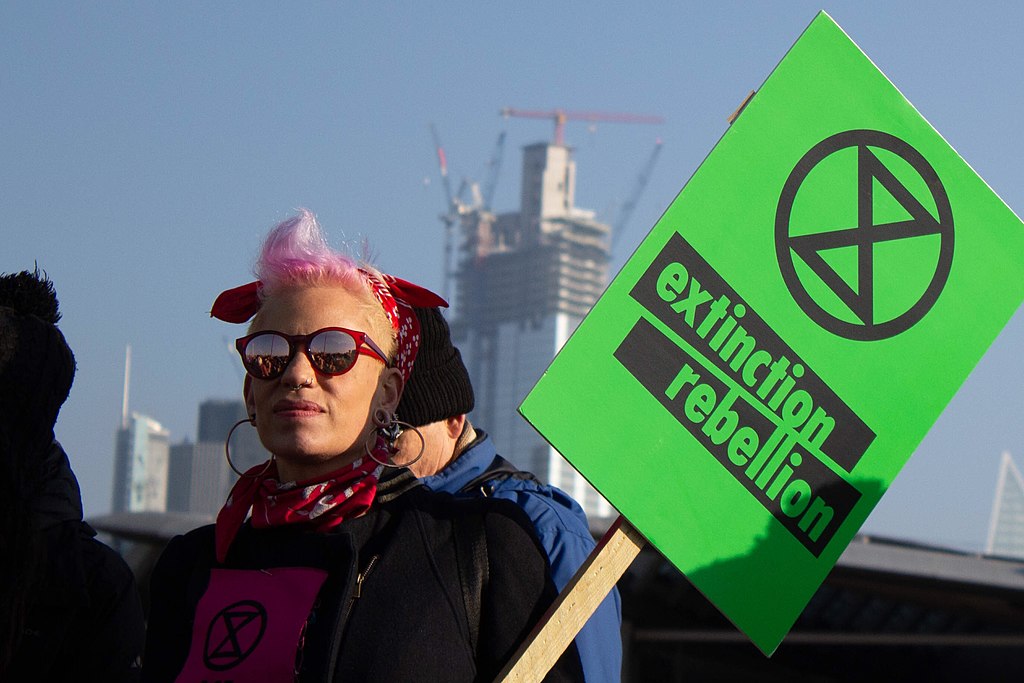 Extinction Rebellion (XR) announced an important change in strategy on 1st January in a provocatively entitled press release, We Quit. Like their allies in Just Stop Oil and Insulate Britain, XR have focused on non-violent direct action (NVDA) by small groups of courageous individuals who are willing to risk arrest to put climate catastrophe at the top of the news agenda.

Now they are proposing a mass mobilisation of 100,000 to surround Parliament on 21st April in which:

we prioritise attendance over arrest and relationships over roadblocks, as we stand together and become impossible to ignore.

Despite suggestions to the contrary in some of the media coverage, XR have not renounced NVDA. Instead they are evolving their tactics in order to build a mass movement that is inclusive of everybody who wants to fight climate change. They describe it as a ‘temporary shift’ in order to put pressure on a government that is reckless about the environmental threat, that is corrupt, and is using authoritarian laws to make peaceful mass protest illegal.

There are a lot of positives in the press release. XR recognises that the financial system, the political system and the media are all hopelessly committed to our dependence on fossil fuels and the profits that they make for the few. They want a fairer society that can transition away from fossil fuels. They support mass protests to pressure the present government into action rather than pretend that we can afford to wait for a change of government that may or may not deliver on climate change.

But questions remain. There is no open condemnation of capitalism as such. Although XR believes there has never been a better time for change, it says so without reference to working class struggles and the one million strike days last year. Instead of class struggle it speaks vaguely of unity and people’s and citizens’ assemblies.

To be fair, XR has never claimed to be a socialist movement and they have shown great courage and determination in ringing the alarm bell on climate for four years now. But the big question is that if, despite all the disruption of NVDA and the pressure from mass demonstrations, the Government still refuses to act, what next? How do we save the planet within a social system whose very existence is predicated on destroying it?

Socialists will certainly want to build the 21st April protest. However, the Ecologist cautions that, in building a mass movement, “adopting a strong anti-capitalist stance would be movement suicide.” XR is caught in the same bind as all reform movements. To win, really win, it is necessary to change a corrupt and corrupting system. But saying that risks alienating many of the people they are hoping to attract. The problem lies, ultimately, in the control exercised over the debate by the pro-establishment media who label as ‘extremist’ any protest that does not play within the rules.

We say it is those rules that have caused the problem. Perhaps it is time to rip up the old rule book and write a new one. We will continue to support XR but at the same time believe that only the creation of a genuinely socialist society can bring the changes necessary to ensure that future generations have a planet to argue over. See you on 21st April with your socialist and trade union banners.