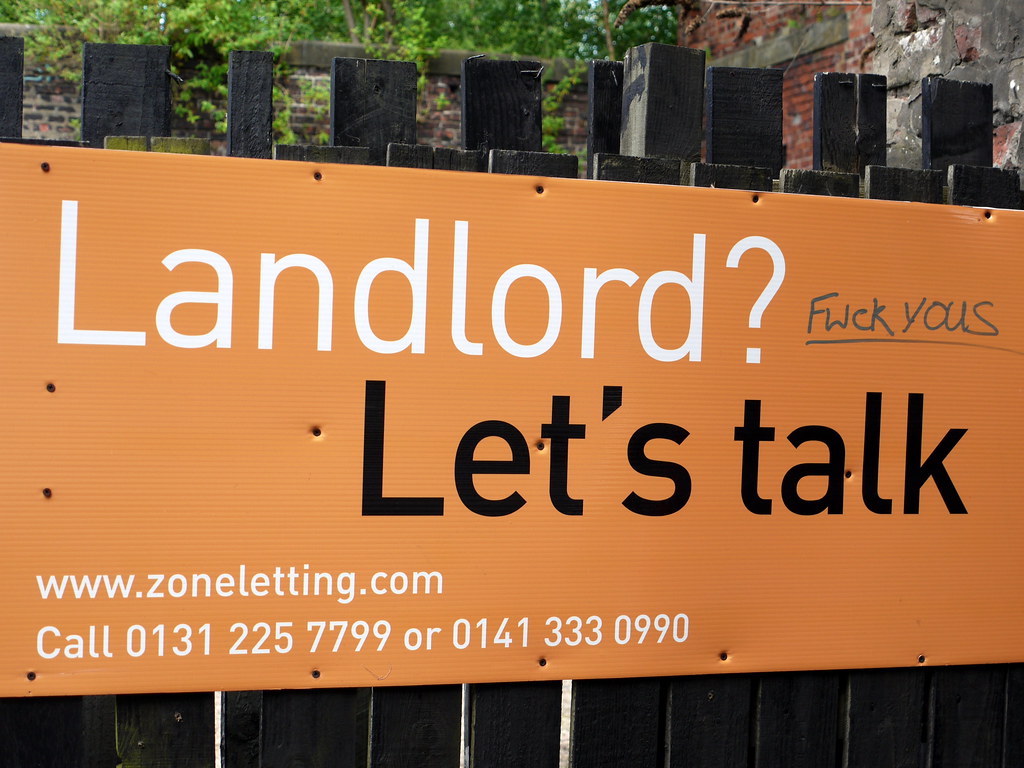 'Landlord?' by the justified sinner is licensed under CC BY-NC-SA 2.0.

THE government yesterday published its white paper, in what it described as the biggest shake-up of the private rented sector in 30 years, to improve the rights and conditions for millions of private renters in the UK, and one of its most significant proposals is to ban section 21 ‘no-fault’ evictions which allow landlords to terminate tenancies without giving a reason.

These types of eviction notices are controversial and the government promised to ban them three years ago, but better late than never. Figures suggest that more than a fifth of private renters who moved in 2019 and 2020 did not end their tenancy by choice. In April, a report by Sky News correspondent Nick Martin found that every seven minutes a private renter in England is given an eviction notice even though they have done nothing wrong.

The white paper also states it will end arbitrary rent review clauses, give tenants stronger powers to challenge poor practice, unjustified rent increases and enable them to be repaid rent for non-decent homes. It will also be illegal for landlords or agents to have blanket bans on renting to families with children or those in receipt of benefits which will come as a huge relief to many who have faced this sort of discrimination.

The department has also promised to change the rules to make it easier to own a pet in rented accommodation, with the white paper stating that landlords “must consider and cannot unreasonably refuse” requests by all tenants to keep an animal in their home.

Other measures will include the notice period for rent increases which will be doubled with tenants having stronger powers to challenge rises if they are unjustified. All tenants will be moved on to a single system of periodic tenancies, meaning they can leave poor quality housing without remaining liable for the rent or move more easily when their circumstances change.

The government said the conditions of more than half a million properties – or 12% of households – pose an imminent risk to tenants’ health and safety, meaning around 1.6 million people are living in dangerously low-quality homes. Michael Gove, the levelling up secretary, said: “For too long many private renters have been at the mercy of unscrupulous landlords who fail to repair homes and let families live in damp, unsafe and cold properties, with the threat of unfair ‘no-fault’ evictions orders hanging over them.

“Our New Deal for renters will help to end this injustice by improving the rights and conditions for millions of renters as we level up across the country and deliver on the people’s priorities.”

Landlords likely to be unhappy

Whatever we may think of Michael Gove it’s worth noting that when he was appointed Secretary of State for Levelling Up, Housing and Communities, landlords were not overjoyed. In fact just 10% of landlords agreed with the appointment, compared to 23% who disagreed with it and 67% who were ambivalent.

Alicia Kennedy, director of Generation Rent, said the white paper is “very welcome”, but added: “It has been more than three years since the government first committed to getting rid of section 21 evictions. Thousands of tenants have lost their homes on their landlord’s say-so in that time and many more will live with uncertainty until this legislation is passed.”

Before we get all excited over the government appearing to care about a sector of society previously ignored, let’s remember this is just a white paper and while welcome, is used to test public opinion before legislation is introduced.

Perhaps I’m cynical, but given the Tories records on rights for people, I will – happily – believe this when it becomes law.