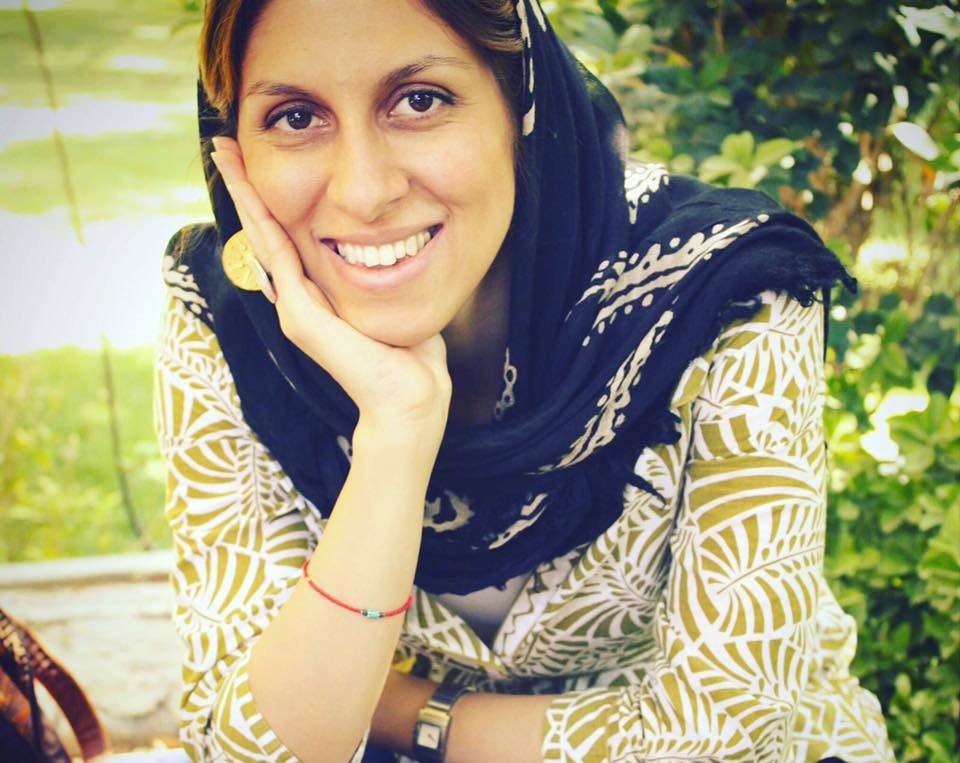 WITH the news that British-Iranian aid worker Nazanin Zaghari-Ratcliffe has lost an appeal against a second jail sentence in Iran, her husband announced over the weekend that he is to go on a hunger strike for the second time in an attempt to persuade the UK foreign secretary, Liz Truss, to do more to bring his wife back from detention in Iran. His hunger strike is to take place outside the Foreign Office in London.

We all remember Boris Johnson’s role in Nazanin’s continued imprisonment. In 2017, after she had already been held for a year, he told a parliamentary select committee she was training journalists – rather than being on holiday with her 22-month-old daughter Gabriella – when she was first arrested and jailed. This was promptly picked up by Iranian media and sold as a ‘confession’ that Nazanin had been training Iranian citizens to work against their government.

Nazanin had worked for the BBC World Service Trust (now called BBC Media Action), an international charity which provided training courses to Iranian citizen journalists and bloggers in its Iran Media Development Project’s ZigZag magazine and associated radio programme. In 2014, several graduates were convicted and sentenced by Iran to up to 11 years in jail for their participation in these courses and it is assumed this was the pretext upon which she was arrested.

Iranian authorities alleged that she was plotting to topple the government in Tehran and Iran’s Revolutionary Guards accused her of leading a “foreign-linked hostile network” and she was sentenced to five year’s imprisonment. She completed the five-year sentence in March this year, but was sentenced to another year’s confinement in April on charges of “spreading propaganda”. She was permitted to spend the final year of her term on parole at her parents’ home in Tehran but now that she has lost her appeal there is increasing concern she will be sent back to prison.

Nazanin’s husband, Richard Ratcliffe, lives in London with their six-year-old daughter, Gabriella, who returned from Tehran two years ago, where she had stayed with her grandmother while Nazanin was serving her jail sentence. He first went on hunger strike outside the Iranian embassy in London two years ago.

I never expected to have to do a hunger strike twice. It is not a normal act.

“We are now giving the UK government the same treatment. In truth, I never expected to have to do a hunger strike twice. It is not a normal act. It seems extraordinary the need to adopt the same tactics to persuade government here, to cut through the accountability gap.”

At issue it would appear is the long-standing debt of £400m that Britain owes Iran when Iran bought tanks that were not delivered after the Islamic Revolution of 1979. The government acknowledges that it owes this money but the Foreign Office says sanctions prevent the payment being made, though refuse to reveal what efforts it has made to make the payment. It has also not stated which sanctions prevent the payment, or why a humanitarian gift cannot be made to Iran.

It’s time for the government to listen … and finally bring her home.

Ratcliffe’s MP, Labour’s Tulip Siddiq, said: “It should never have come to this. It’s time for the government to listen to the demands of Nazanin’s family, including paying the debt we owe to Iran, and finally bring her home.”

A woman is spending years away from her husband and young daughter on charges which the PM undoubtedly stirred up with his comments, all because the government refuses to pay a debt it acknowledges it owes.

It should not only be Richard Ratcliffe camped out outside the Foreign Office, we should all be with him. And if unable to do so physically we should, and must, offer our support and solidarity with Nazanin and her family whilst condemning this government for its inaction.

One thought on “Nazanin’s husband on fresh hunger strike”