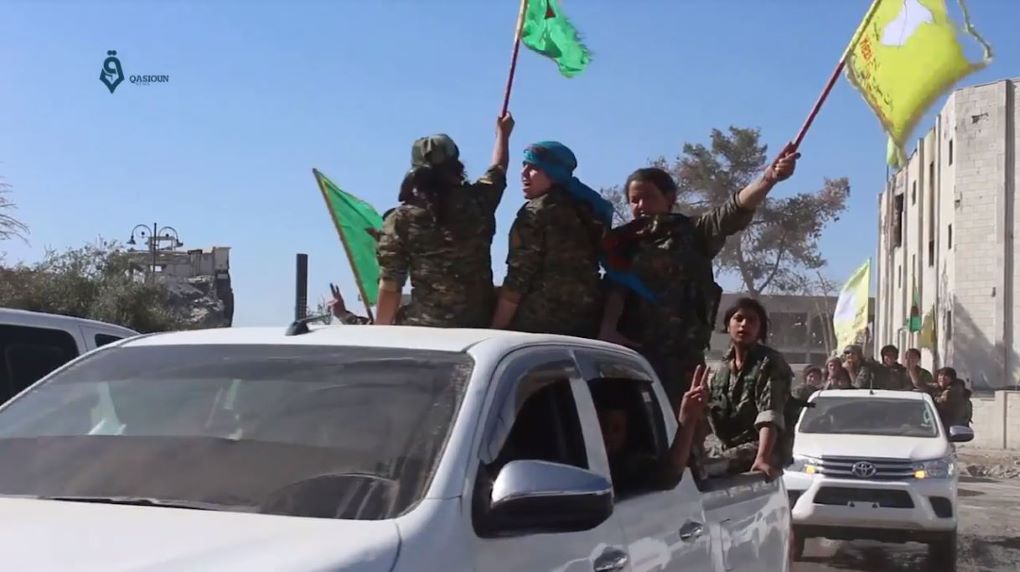 NATO has abandoned the Kurds in order to keep Turkey onside over the Ukraine/Russia war and the expansion of NATO. Two million Kurds in Northern Syria are threatened with ethnic cleansing by Turkish forces under the pretext of removing terrorists. Hundreds of thousands of Kurds have already been forced to flee by Turkish-led attacks across the Turkish-Syrian border.

This will be the third Turkish invasion in five years. Many Kurds are preparing to flee yet again, but they are running out of places to go. And the war in Syria has added to the danger. Hundreds of thousands of displaced persons fleeing into the Kurdish region have provided a happy hunting ground for criminal gangs and militias to ramp up crimes like theft, looting, kidnapping, murder and the abduction of children, whose organs are harvested for the lucrative transplant business.

Groups loyal to Turkey are rewarded with the seizure of Kurdish homes and businesses. They do not discriminate. Men, women and children, civilians and soldiers: if you do not flee you face massacres. This is not a policing operation against insurgents or terrorists. It is a land grab and forced exile of a people who have lived here for centuries.

Then there is the question of the Islamic State prisoners still in camps supervised by the Kurds. As many as 12,000 Islamic State fighters and 90,000 family members are being held. When Turkey launched its second assault on the Kurds in 2019, they redeployed troops guarding these camps to resist the Turkish offensive, with a Syrian Democratic Forces (SDF) senior commander saying:

We are currently subject to a genocidal attack. There is a project to make a demographic change and eradicate Kurds. Therefore, our first duty is the protection of our people, border and soil.

Earlier this year the SDF managed to repulse an Islamic State assault on the al-Sina’a prison in the north-eastern Syrian city of Hasaka. If Turkey has its way with the Kurds, there will be more assaults and nobody to stop the release of Islamic State fighters on the world.

Remember when the Kurds were the heroes who lost 11,000 soldiers fighting with the USA to defeat Islamic State in Syria? Then they were abandoned to their fate and denied their own state by US treachery and cowardice. Ukraine would do well to look to the Kurds to learn how the West treats its allies when they are no longer needed.

And when our leaders point to the crimes committed by the Russian invaders in Ukraine, we should challenge them on the similar crimes being visited on the Syrian Kurds by Turkey, NATO member and supposed upholder of Western values.