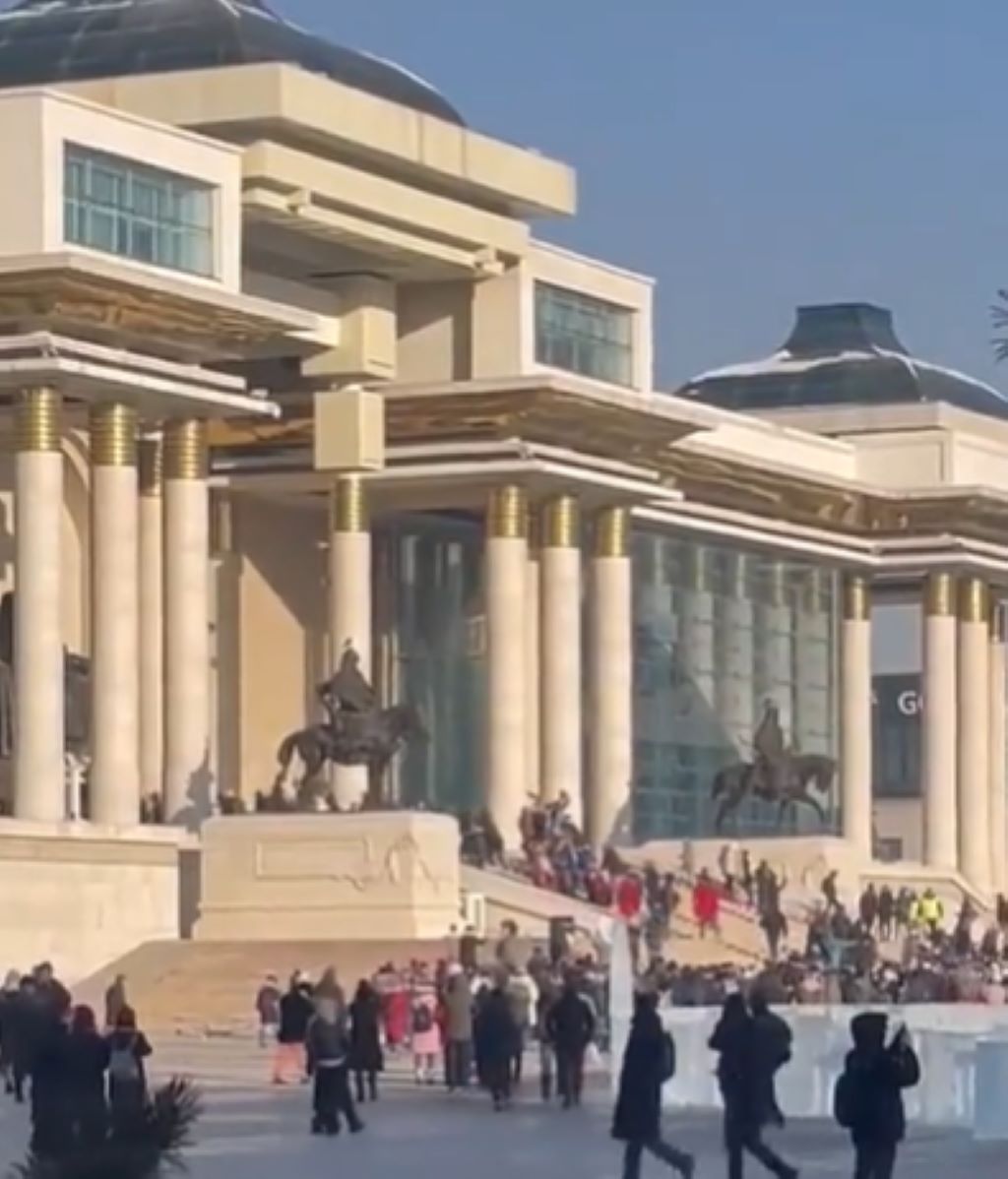 PROTESTERS attempt to storm Government House in Mongolia as the Crisis of Capitalism and the Climate Catastrophe combine to wreak havoc on people’s lives around the world.

Protests began on Sunday outside the residence of President Ujnaa Jurelsuj, prompted by an investigation into corruption among high ranking government officials and their alleged involvement in the theft of 385,000 tons of coal valued at some 1.8 billion dollars. Mining makes up a quarter of Mongolia’s GDP and the theft is equal to one sixth of GDP.

On Monday when demonstrators returned to the Mongolian capital, Ulaanbaatar in -21C (-6F) temperatures, police had blocked the route to the presidential palace so they stormed government buildings demanding “justice” against corrupt officials and calling for the country’s parliament to be dismissed in response to whistleblower claims that politicians had systematically taken billions of dollars out of the country over the years.

Mongolia should be a wealthy country. It has massive mineral wealth, not just coal but copper and gold. The elite enrich themselves while most of the population are struggling with inflation at 15 per cent. Traditional nomadic herders are suffering most of all. Climate change has created semi-permanent drought conditions that are destroying their way of life. Some herders travelled to the capital to join the demonstrations on Tuesday, the third day of continuous protest.

Sandwiched between Russia and China, Mongolia is one of the most isolated countries on the planet. That does not grant it immunity from the threats that we all face from corrupt capitalism and impending climate disaster. The Mongolian people are beginning to fight back, and we should all take heart from the knowledge that wherever you go on earth the resistance is growing.