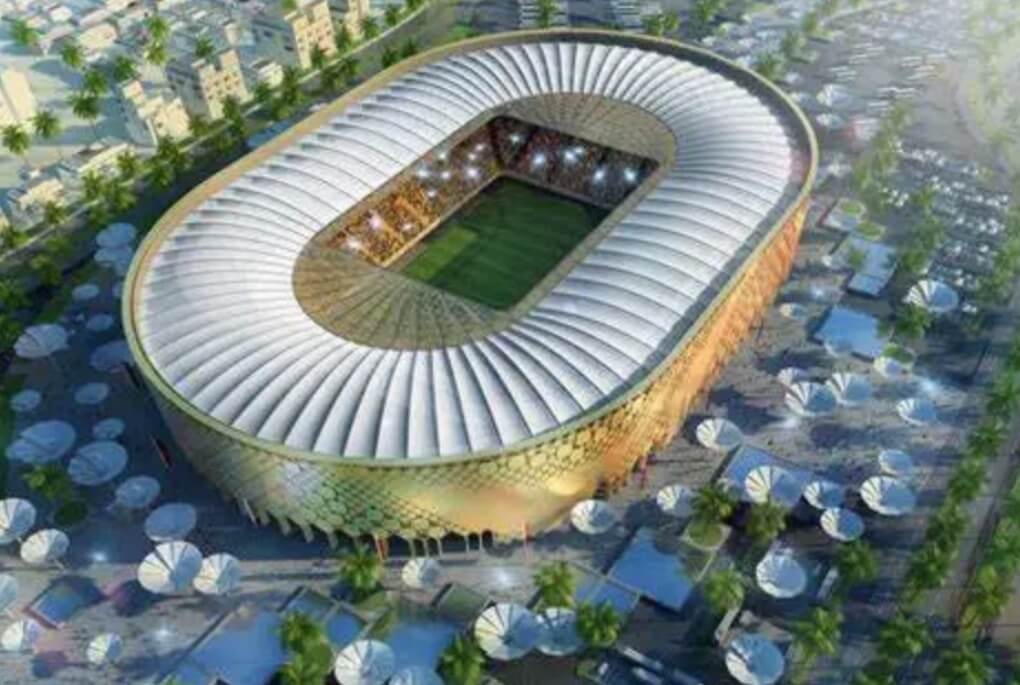 THE first world cup to take place in the Middle East is just a year away, scheduled for 21 November to 18 December 2022 in Qatar, and has been mired in controversy almost since the beginning.

From a far-ranging FIFA corruption investigation and scandal first made public in 2015 (though not directly related to Qatar) to the revelations of just how many migrant workers have died in Qatar since the country was awarded the right to host the World Cup ten years ago, Qatar has found itself under scrutiny particularly for its treatment of migrant workers.

In those ten years at least 6,500 workers from Pakistan, India, Nepal, Bangladesh and Sri Lanka have died, but the total death toll is likely to be significantly higher as the figure of 6,500 does not include workers from, amongst other countries, the Philippines and Kenya.

We can’t know how many of these are directly related to the extraordinary building programme preparing for the 2022 football tournament because death records are not categorised by place of work or occupation, but, given how huge this construction programme is, it’s fairly safe to say that a large number of these deaths are indeed connected to the World Cup infrastructure projects.

Qatar has a migrant labour force of over 2 million people, who comprise approximately 95 percent of its total labour force. Approximately 1 million workers are employed in construction and under the kafala system, which governs the employment of migrant workers, employers are given excessive control over the workers, including the power to prevent them from changing jobs, escaping abusive labour situations, and, for some workers, leaving the country.

In 2017, the International Trade Union Confederation announced Qatar’s agreement with the International Labour Organisation (ILO) to substantially reform the current kafala system, and, since then, whilst there have been some reforms, there is no evidence of these changes going as far as they should. Authorities are failing to enforce bans on passport confiscations and workers paying recruitment fees. Most importantly, the kafala system by and large remains in place.

No right to strike

Qatar’s labour law does not guarantee migrant workers the right to strike and to free association. In August 2019, despite a ban on migrant workers striking, thousands of workers employed by at least three different companies went on strike to protest poor working conditions, unpaid and delayed wages, and threats of reduced wages, and, in October of 2019, the ILO announced that Qatar’s Council of Ministers endorsed new legislation that would allow workers to change employers without employer consent, and a new law to establish a non-discriminatory minimum wage. But does this really help those workers who arrive in the country in a desperate search for work of any kind? Not really. They are more often than not only too happy to be earning money which they can send to or save for their families and many will endure poor working conditions to do so.

Why do workers come from afar to work in Qatar? Well, the obvious answer is unemployment in their home countries. The latest government figures show unemployment in Pakistan is at 6.5%, though the Pakistan Institute of Development Economics (PIDE) has put the figure as high as 16% and, as the main area of employment for manual workers in Pakistan is in agriculture, many workers have no choice but to look abroad for manual labour.

In India the unemployment rate went down to 6.5 per cent in January 2021 from 9.1 per cent in December 2020, but, as with Pakistan, the main opportunities for employment lie in rural areas and, although the government has introduced programmes in an effort to create more opportunities in this field and schemes put in place to enable workers to move towards more skill-based jobs, many cannot wait for opportunities and so, in order to feed their families, they look towards other countries for work. Although Qatar is more than 5,000 kilometres from India, it is driveable in less than three days and offers the work they can both do and need.

It may seem less feasible to some for workers from the Philippines to travel to Qatar but, given the unemployment rate of 6.9% and the very high levels of poverty in the country, with more than 16% of the population living below the poverty line, approximately 17.6 million Filipinos struggle to afford basic necessities. And again, as with India and Pakistan, these workers are reliant on agricultural work for an income, so they choose to go where they are likely to find employment and this is in the construction of stadiums, roads, hotels, etc for the hosts of the 2022 World Cup.

I am, of course, speaking of male workers, for, although women’s unemployment in all of these countries is usually higher than men’s, not only is work unavailable for women during construction, but women’s rights in Qatar are notoriously bad. Although women generally have the same rights to education and employment as men, the male guardianship system denies them the right to make many key decisions about their lives.

Human Rights Watch found that women in Qatar must obtain permission from their male guardians to marry, study abroad on government scholarships, work in many government jobs, travel abroad until they are of a certain age, and receive some forms of reproductive health care. They are also denied the authority to act as their children’s primary guardian, even when they are divorced and have legal custody.  Rothna Begum, senior women’s rights researcher at Human Rights Watch said: “Male guardianship reinforces the power and control that men have over women’s lives and choices and may foster or fuel violence, leaving women few viable options to escape abuse from their families and husbands.”

Even once married, a woman can be deemed “disobedient” if she does not obtain her husband’s permission before working, traveling, or, if she leaves her home or refuses to have sex with him, without a “legitimate” reason, while men can marry up to four women at a time, without needing permission from anyone, not even their current wife or wives.

So it is not unsurprising that it is men who travel to Qatar for work, although, once the new hotels are opened and maids and cleaners needed, women may also look to Qatar for work if they are desperate enough.

But what of the families of these thousands of dead workers who have been left without their main breadwinner, struggling to gain compensation and confused about the circumstances of their loved ones’ deaths? They are unlikely to see a resolution as FIFA considers the number of those dead to be low and apparently not worthy of investigation into the causes of their deaths.

The most significant factor in these workers’ deaths appears to be Qatar’s intense summer heat. Research commissioned by the UN’s International Labour Organisation revealed that for at least four months of the year workers faced significant heat stress when working outside, which is a likely cause of cardiovascular fatalities among migrant workers in Qatar.

A spokesperson for FIFA issued a statement saying it is fully committed to protecting the rights of workers on FIFA projects. “With the very stringent health and safety measures on site … the frequency of accidents on FIFA World Cup construction sites has been low when compared to other major construction projects around the world,” they said, without providing evidence.

I find this hard to believe. More than six thousand workers dying is not a ‘low’ number.

I would have hoped that human rights groups would call for a boycott of the World Cup based on the high number of deaths, but apparently making money is, as it ever was, more important than people’s lives. Of course, the people who do care about such things, we plebs, can’t afford to travel to Qatar for a few football matches anyway.

Those who can afford it will give little thought to the lives lost in constructing the stadiums, roads, public transport systems and hotels adding to their comfort when they travel to Qatar for the World Cup.

One thought on “Migrant workers’ deaths in Qatar”