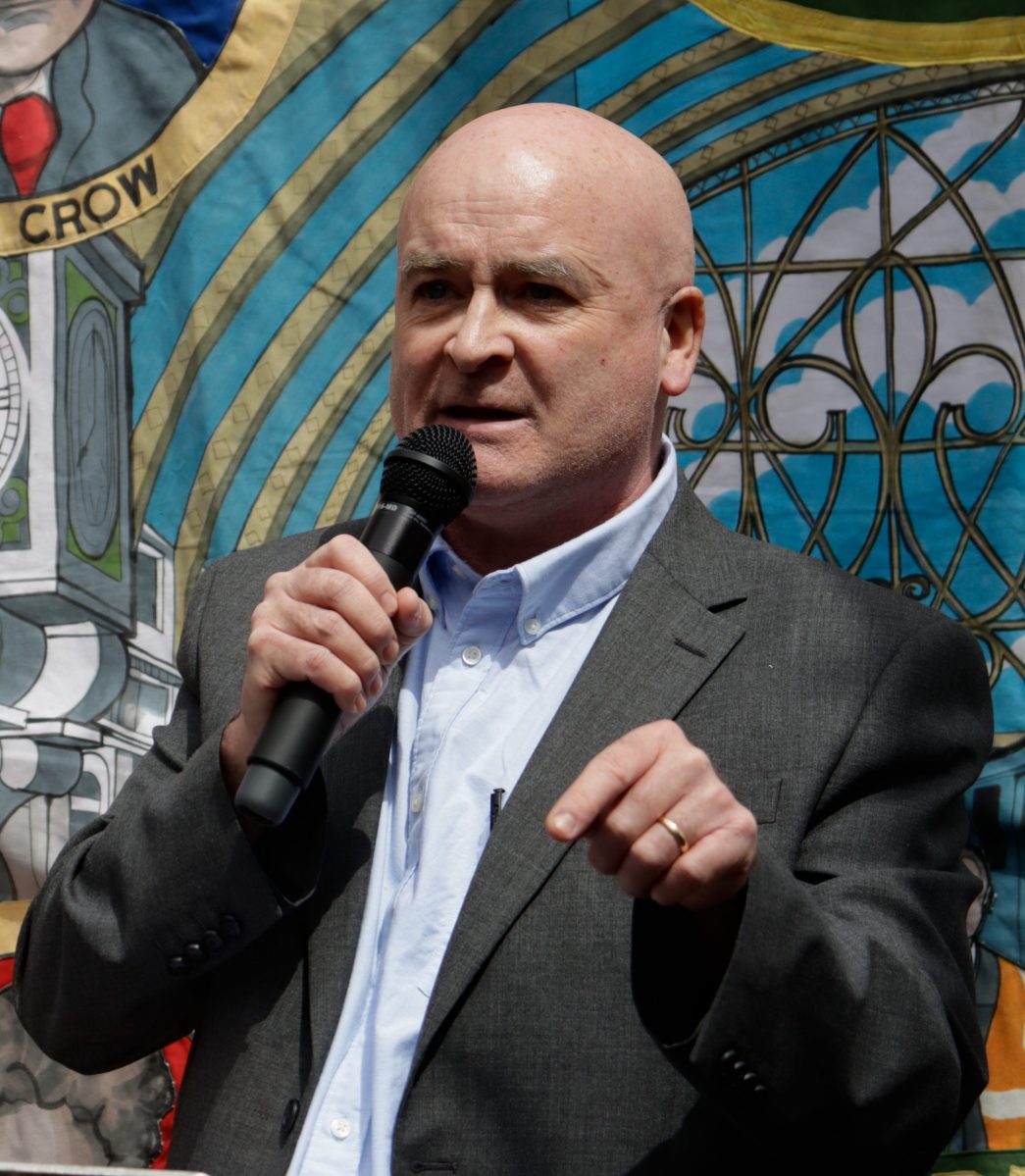 IT IS time for Sir Keir to stop sitting on the fence and for the entire working class to mobilise against the latest round of anti-union laws, says Mick Lynch in a hard-hitting interview with Tribune magazine.

The proposed new laws are not only a serious threat to working people’s right to strike but, according to Lynch, would hit at the very heart of British democracy. Winning this campaign cannot be left to the unions alone, it  needs the whole working class.

“It needs the churches, the mosques, the gurdwaras, it needs all the religious groups. It needs civil society and all the other campaigning groups, from environmentalists to human rights organisations”

The Tories’ proposal that certain so-called ‘key workers’ can be forced to go into work, Lynch described as “conscription… It means that striking will probably become ineffective in many cases, and that the worker as an individual has no right to strike.”

Many people do not realise that, in the UK, there is no legal right to strike. What we have is a bitterly fought concession dating from 1913 which exempts unions from legal proceedings for losses to businesses or individuals if they take strike action.

Lynch points out that under the proposals they plan to make unions responsible for damages caused by strikes and that they can extend that to individual workers. He explained that, at present, “The lawful ballot gives you the right to breach your contract of employment in line with the terms of the strike. It’s a huge attack on our rights in the workplace.” This is a fundamental attack on the right of workers to strike, and Lynch is surely correct when he says, “Employers will be laughing at us”.

He ended the interview with a stark warning: “If we can’t resist this, I fear for our rights in all of these areas. I fear for our future as a working class, but also as citizens of society. We will live in a society where freedoms and rights are severely restricted.”

It is of course possible that Mick Lynch will feel heartened by Sir Keir Starmer’s commitment to repealing this legislation, though his track record of reneging on the key pledges he made before being elected as leader does not bode well. Neither does his lack of support for those striking for better pay and conditions. Indeed, he considers it unseemly for members of his front bench to be seen alongside striking workers.

Whilst it is hard to disagree with Lynch that we need a mass mobilisation, it is not clear from his interview what form he thinks this should take. A mass march may leave us feeling good but will it halt the Tories? A mass strike might make them stop and think, but is that realistically what Mick Lynch is calling for? In fact, grassroots activists, embedded within their communities and workplaces, are best placed to take on the government.  Maybe it is here that the resistance should start. The consequences for everyone of just leaving it to somebody else to act are too serious. What is that famous quote? “First they came for the trade unionists…”