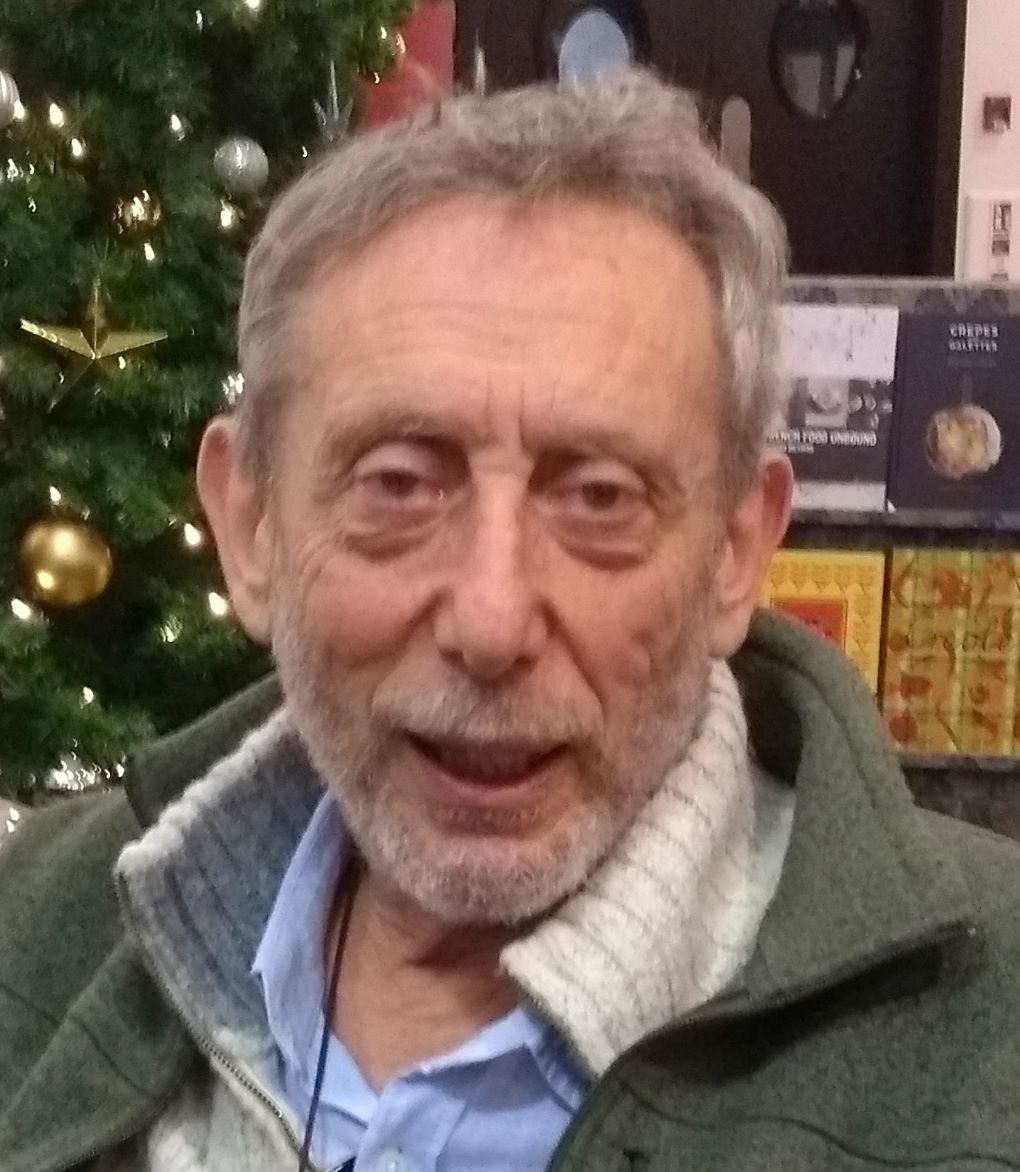 Michael Rosen has been attacked in the Mail, the Telegraph and the Jewish Chronicle following the death of Peter Newbon, a lecturer at Northumbria University. Michael Rosen is supposed to have initiated a Twitter pile on against Dr Newbon last May in response to a tweet by the lecturer, and it is suggested that the subsequent online bullying, hate mail and 4,000 complaints to the University about his conduct led to Dr Newbon taking his own life.

The doctored image superimposed the notorious antisemitic forgery, ‘The Protocols of the Learned Elders of Zion,’ onto one of the pages. The book was clearly recognisable as Rosen’s because it showed one of the iconic illustrations by Helen Oxenbury on the facing page. And the tweet, in direct imitation of Rosen’s text, was captioned ‘Oh no! A nasty, horrible Zionist! We can’t go over him, we can’t go under him, we’ll have to make an effigy.’

The Mail, the Telegraph, and the Spectator have tried to present this as a satirical comment on Jeremy Corbyn’s alleged failure to tackle antisemitism in the Labour Party. Michael Rosen thought otherwise. He is Jewish. He has written about his relatives who were killed in the Holocaust. He teaches children about the Holocaust and antisemitism as an invited guest at many schools. He was upset by this use of his work and called it antisemitic.

The press reports have made much of Dr Newbon’s role in combatting antisemitism but have made no mention of Michael Rosen’s long and distinguished record of taking a stand against antisemitism. They have reported that Dr Newbon received a final written warning from his university, not for antisemitism, but for bringing the institution into disrepute. They have shown no curiosity about why this was his ‘final’ warning. They have reported on the nature of his complaint against Michael Rosen. He was suing Michael Rosen for defamation. But there is only passing mention that Dr Newbon was also being sued by someone else over another matter.

Although the press allege Michael Rosen’s tweet “led to hate mail and bullying online” strangely none of these well resourced media outlets were able to provide any actual examples of either the hate mail or the alleged online bullying. Of course, this is not proof it did not happen and it is possible the evidence is being withheld pending the coroner’s enquiry. But, it is curious that, were that the case, not one of the papers reporting this death as if it were the responsibility of Michael Rosen have mentioned that this was the reason they failed to present the evidence.

Dr Newbon’s death is a tragedy. I will not speculate on the reasons ahead of the coroner’s enquiry. But the press coverage shows no such restraint. It is clearly designed to vindicate his campaign against Jeremy Corbyn and point the finger of blame for his death at Michael Rosen and, by implication, Jeremy Corbyn as well. This despite the fact that only last week BBC reporter Rachel Burden said matter-of-factly:

There is absolutely no evidence that the leader of the Labour Party at that time [in 2019], Jeremy Corbyn, was or is antisemitic.

There is no evidence that Rosen is antisemitic either. But his Jewishness has been questioned in the Jewish Chronicle, which acknowledged his Jewish ancestry and cited his entrepreneurial skills(?!) and the fact that he trained as a doctor(!?) as evidence for Jewishness but concluded that his lack of religious belief and his anti-Zionism meant he was only 78% Jewish! Wow! Is the JC in breach of the IHRA definition of antisemitism?

Rosen has had his Jewishness questioned by many on the right, often in deeply offensive terms, because of his left wing views, his friendship with Jeremy Corbyn, his sympathy for the Palestinians and his anti-Zionism. The only reason he has not been expelled by Starmer’s Labour Party is because he is not a member.

Over four times more Jewish than non-Jewish Labour Party members have faced actioned complaints of antisemitism. The disproportion is even greater in relation to JVL Committee members and officers. The staggering numbers suggest that these Jews are nearly three hundred times more likely to be investigated than non-Jewish Labour Party members (for antisemitism).

Jewish Labour Party members are being expelled for antisemitism because, in common with Michael Rosen, their Jewishness is discounted if they are anti-Zionist or criticise the witch-hunt against socialists who dare to criticise Israel.

The racists are accusing the antiracists of racism. It is no better than the show trials in Stalinist Russia when the people who led the revolution were charged and executed as counter-revolutionaries by those responsible for betraying the revolution.