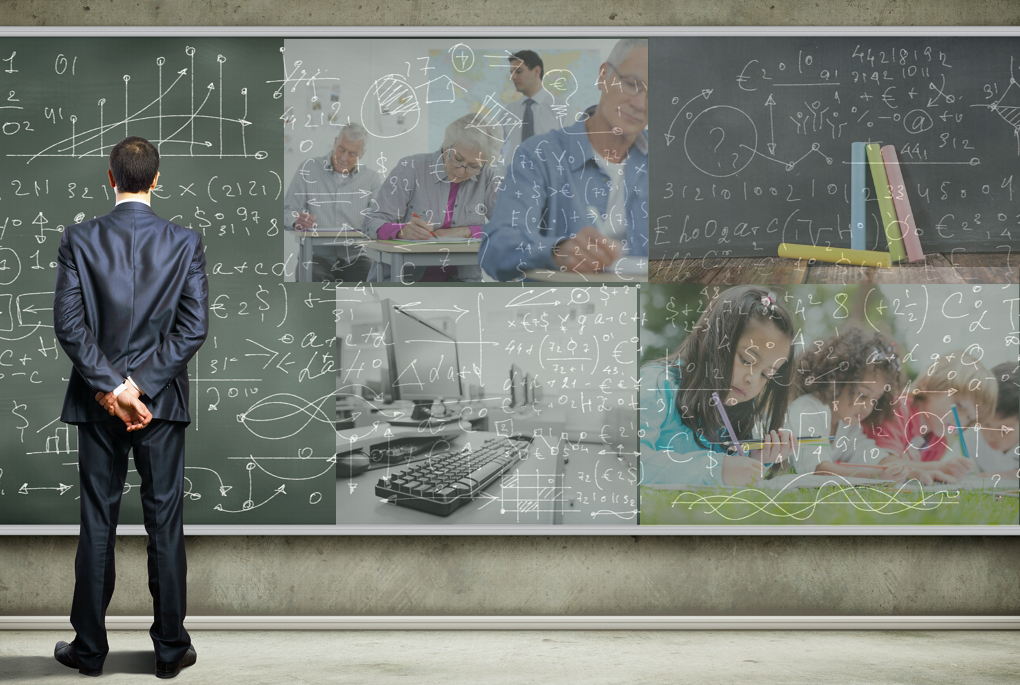 Civility that is not questioned is practical reality, and reality needs no defense. The moment it is questioned, it stops being reality and enters the realm of subjectivity.

While the most ideal society will be able to use platforms like a more democratized Wikipedia as “authoritative sources” we are not yet ready for that. There are too many people that lack the critical thinking skills or (more practically) the lack of time needed to verify information to treat all information as equal. Without a trust in “experts” we get divided communities: one side listening to demagogues promoting conspiracy theories, one side promoting trust in supplied data, and a final side having the convenience of researching source information. Which camp a person falls into will depend completely on if you agree with them or not.

For this I blame those that constantly speak untruths and the apologists that constantly defend them for no other reason than “community empowerment built on exclusion.” I understand this is natural, and – in today’s political climate – unavoidable, but I would also like to believe that eventually we can move beyond that.  This will be an article for that utopia which is worth reflecting on, but also not practically possible in today’s world.

Belief in Truth is Absurd

Can you trust this reality? This an age old question ranging from Plato’s Allegory of the Cave to Descartes’s Brain in a Vat or – more modern renditions such as – The Matrix movies or the Simulation Hypothesis; shows that any knowledge about our world is merely theoretical guess work. Truth then is always subjective.

“Theoretical” cannot be over emphasized.

Practically, we believe in truth. We know we breath, we know gravity exists, you know these words mean what value you give them. Absurdism is – without any doubt – impractical.  But it is useful. The rest of this article will show one such utility of employing this rejection of objective reality: a way to identify the construction of a “truth” that will hurt others.

While containing the history of the world in text – an article at that – will always fall short, there are a few points I feel need to be shown to show one main point: historically, the documented knowledge of the world democratizes.

To summarize everything up to the printing press: oral history (which – as was as it is now – unreliable and inconsistent) was replaced by myth and religion which lead to divine rule. While being laughably reductive and the complexities and intricacies of documented justification could take volumes, it just needs to be shown that allowed criticism was only permissible from a select few. The printing press changed that slightly. The public in general wasn’t fully literate, so the only people that could produce writings were those that could afford an education. The beginning of holding authority accountable had begun.

It is important to note that education and wealth was a gatekeeper for documenting history. Critique and science still heavily favored the ruling class.  Those that challenged them too severely were exiled from their homes and communities which were still under the “protection” of those that kept the old myths alive to retain power. Truth was no longer dictated by authority, but it still used its persuasion to ensure it wasn’t too radical. While this persuasion occasionally failed; in general, “truth” was still an authoritarian tool.

As education of the masses improved, individual journalists joined together to make newspapers. While the reporting had to align with the shareholder’s agenda, the common man was given more of a voice. With it came a more frequent failure of persuasion until “journalistic integrity” democratized truth further still. While many communities were still overlooked through bias, elitism, and bigotry; “truth” was now being written by the common man.

The age of TV and public broadcasting helped to shine light on some of those gaps further, as did the internet and “social media”. While the full revelation of this new diversified media is still too new to really understand within the scope of humanity and it is important to recognize that it is still yet to grow, this article is not for that conversation. What is definitely the case is that every voice – for good and bad – can create its own “truth” and find a limited community that generally agrees with it.

Therefore, it is in the interest of those that want power to ensure those they depend on for empowerment will demand a complete narrative. Uncertainty, absurdism, and critical thought are to be rejected in favor of a faith that is conflated to be truth. If that can be done, then any ideology ending with “I’m not sure” is flawed.  And due to our limited perception, that will always be the case.

Understanding this is important to see why many of the 14 points of fascism by Umberto Eco exist. Information must remain limited. Alone this would not be problematic. It shouldn’t be denied that we all put our faith somewhere to anticipate the world around us, and if hearing only the “correct” narrative helped to promote everyone, that would actually be optimal. But the fallout of this ideology will always hurt people, including the person that believes it.

With the increase in globalization, the rise in media consumption, and incomprehensible distancing of class stratification; people are forced to live vicariously through exploitations of other cultures as displayed through media. The commoner will see other “commoners” exploring the world (in a highly edited presentation) and accept the narrative as “truth”. Even fictions that are intended to be consumable for a target audience (usually the majority of upper middle class) will show other neighboring cultures. Shows from the late 90s such as Family Matters or The Cosby Show were not only a way of showing the middle class what is expected of them, but to present other cultures as a “whitewashed” version of themselves.

Intentional or not, this virtual experience taught us what is “acceptable” and overwrote the actual experience we neglected to have. Call it “gaslighting” or “indoctrination”, media became and continues to dictate the expectations we enter into other communities with (often in spite of the first person cooperation).

In our current culture, the highly fictionalized soap operas of the past that housewives of the 50s lived vicariously through have become “entertainment news” (such as Tucker Carlson or John Oliver), lived experiences (such as sitcoms or documentaries), or cartoons (that can break reality entirely to depict more abstract ideas); painting a world view through fiction that subtly dictates the morality and philosophy we objectify as “truth”.  Even true “news” as seen above is a fiction that we consume and while there are different degrees of trust that can be attributed to the different programs, each is still a single flawed narrative.

So why does this matter? World views are expanded (even if incomplete), foreign ideas are normalized (where they weren’t otherwise), and the world has objectively gotten more diversified.  This is good right?  To a degree, yes. Social equality in the world advances more rapidly due to further media production that can be democratized.  This is good.  But that is not the full story.

Lived experiences have been replaced by fictional consumption. As such, it is my fear that reality itself is becoming fictionalized. A reality with a consistent narrative which – if need be – will provide a deus ex machina for catastrophic problems like (as one example) the climate crisis.

We are not becoming more selfish, we are just – as we always have been – efficient. We are being convinced no one else matters because people will read that simplified story. We are – and this is a great concern – becoming convinced that there is only one “correct way to see the world” and it is the author’s. This is catastrophic to the ability to be authentic and mental health is suffering.

What about this article?

Early on, I painted a depiction of the history of the media.  It was limited, faulty, and incomplete.  I justified it during that section on purpose. Hopefully the readers saw that as flawed as well.  If not I highly suggest that you be more critical because I presented that section to prove a point:

I pushed a narrative through it to help show the problems with what we consume. The history I presented does make sense to me, but that is just one of many interpretations. There is also a material analysis that could be performed or a spiritual analysis or many others.  I think they all ultimately will lead to one conclusion – we need to be more critical of our information. We need to embrace absurdism when appropriate.

It has been touched on slightly that democratizing the media is a good thing. I hope the narratives will continue to reflect reality authentically instead of translating it for easy consumption, but that won’t happen soon. In the meantime, we need to recognize we are being sold a reflection, and as such ONLY the aspects of contrast with our own worldview can be trusted.

There is also a push to have open source projects and products such as Wikipedia (as mentioned above) where we can find both “uncivil” articles and the primary sources it comes from. I hope these will be given more credit as a source for authorities as time moves forward. As well as all community collaboration for projects to ensure that one narrative doesn’t dictate the future of technology.

Finally – and most importantly – we cannot let media (fictional or otherwise) override the lived experiences that we know to be true.  We also need to have more of those lived experiences when possible. To be fully practical: electoralism and representation is helpful to push a system from within, but without actual community cooperation or action, the fictional narratives that are told to us is all we have to understand our world.

Every action, every decision, every choice is a vote to make reality what you want it to be.  Please help promote each other.

2 thought on “Media Side Effects”