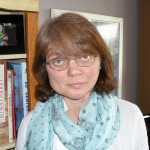 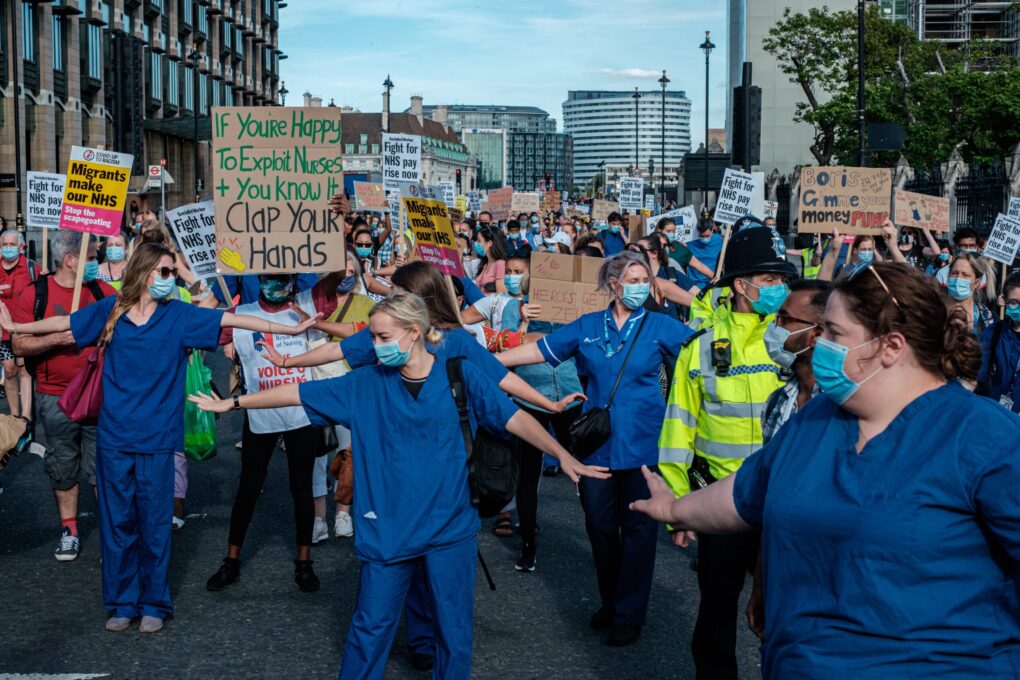 Many people over recent years have dismissed my concerns for the future of our NHS by saying, “No government would ever dare get rid of our NHS”. Many people have tried to reassure me by saying that people would never allow their government to privatise the NHS. Indeed, I am all too aware of how our NHS is cherished by many British people. But I am also aware that it is now so close to being completely destroyed.  So how is it that our government has successfully managed to implement drastic changes to our healthcare service, reforming it into a US style system, and many British people are hardly even aware of what is happening?

Obviously the extreme right wing bias of the UK’s mainstream media has played a huge role in achieving this.  And many people have fully understood what is happening and tried to protest about the changes. But there were just not enough of us doing this.

The confidence many displayed that our government would never dare touch the NHS is bizarre considering every government since the NHS was created in 1948 has inflicted some damage, forever tempted by the idea that healthcare is an industry which can be an opportunity for profit, and perhaps also influenced by the many healthcare lobbyists. UK governments have each veered away from those fundamental principles that make our NHS a success.

But it has been a remarkable act of deception, particularly in recent years, that has allowed the Tories to destroy the NHS which we all hold so dear.  They have lied to us, bribed people with carrots, threatened others with sticks and baffled many into giving up altogether trying to follow what they are up to.  Jacky Davis and Raymond Tallis describe in their book NHS SOS a complicated deceitful strategy employed to force through the 2012 Health and Social Care Act. It makes for shocking reading, especially when you recognise that these strategies to deceive have been employed countless times since then.

If our Government truly believed that their policies for our NHS would benefit the people, surely they would not employ such strategies to deceive us all? But we can’t just blame this Tory Party for the fact that they have been able to virtually destroy such a national treasure as our NHS.  For the Labour Party has also played its part.  Since the days of Tony Blair, the Labour Party convinced many that this capitalist system, that is failing us all so dramatically now, is acceptable with a bit of tweaking around the edges.

In 1997 the Labour Party invested in our NHS, waiting lists fell, and the number of shocking stories of elderly people on trolleys in hospital corridors fell. I would describe this as tweaking around the edges because at the same time Tony Blair creates Foundation Trusts. This move starts a process where, instead of being public services, hospitals are treated as businesses. Jeremy Corbyn returned Labour to being firmly socialist, but gets condemned for being ‘too radical or far left’. It was the party machine that helped secure his defeat in 2019 and can be partly blamed for this current Tory Government.

So where do we go from here? Is it reasonable to ask everyone to take on a massive effort of ploughing through alternative media to fathom what their Government is up to? How does that work when large numbers of people are now utterly demoralised by the state of the country they live in? Can we campaign to see politics and economics taught to every young person in school so our population is harder to deceive?  That certainly is an option for the future but we need change now.

In the past the public have forced changes, against the wishes of their government, by taking actions that can’t be ignored. Protests that don’t go away, people refusing to cooperate with the demands of the establishment are often the only way the establishment will listen.  Think about the actions of suffragettes and the poll tax riots.  Things seem to get better when we don’t do as we are told.

But if we are going to engage in civil disobedience of any sort we need to be sure of what we are fighting for.  There needs to be an argument that we will not accept the way this current system is forcing us to live.  We live in the sixth richest nation in the world, and it is unacceptable for anyone to go without food, heating, shelter, education or healthcare.  We also need to recognise that it is this capitalist system rather than any individual policy that means people are living without these things.

We need system change, not a few sweeteners in a broken system. We need to have our own rights respected and our needs fulfilled.  We also need a government that engages with the people, informs them, listens to them and believes in fairness. That may seem a lot to ask, but no government can achieve anything without the people’s co-operation. The ball is firmly in our court.