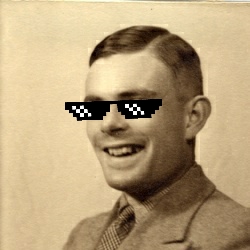 THE CITY OF LONDON WAS BUILT ON BLOOD MONEY

Demand change to the oppressive colonial system that drives the crises of climate and racism.

Blood Money is a march through the City of London intended to highlight the institutions complicit in environmental racism and exploitation.

Along the route we will hear about the bloodsoaked profiteering of our economic system: the banks that fund fossil fuel projects, especially in the Global South; the law firms that represent them; and the institutions that enable them to operate with impunity.

JOIN THE REBELLION
Our life systems are at breaking point and world leaders aren't coming to save us. Floods, fires and droughts are happening everywhere we look, right now - from China and Germany, to North America and India. But the change we need will only come from ordinary people - lots of us - taking action.
We're told it's impossible. Well, it’s time to imagine the impossible, the future we fear and the future we want - and then go for it

Join the Rebellion: https://actionnetwork.org/forms/the-impossible-rebellion/
Find out more about the plan: https://extinctionrebellion.uk/next-uk-rebellion/
WHEN? From 23 August for 2 weeks
WHERE? London