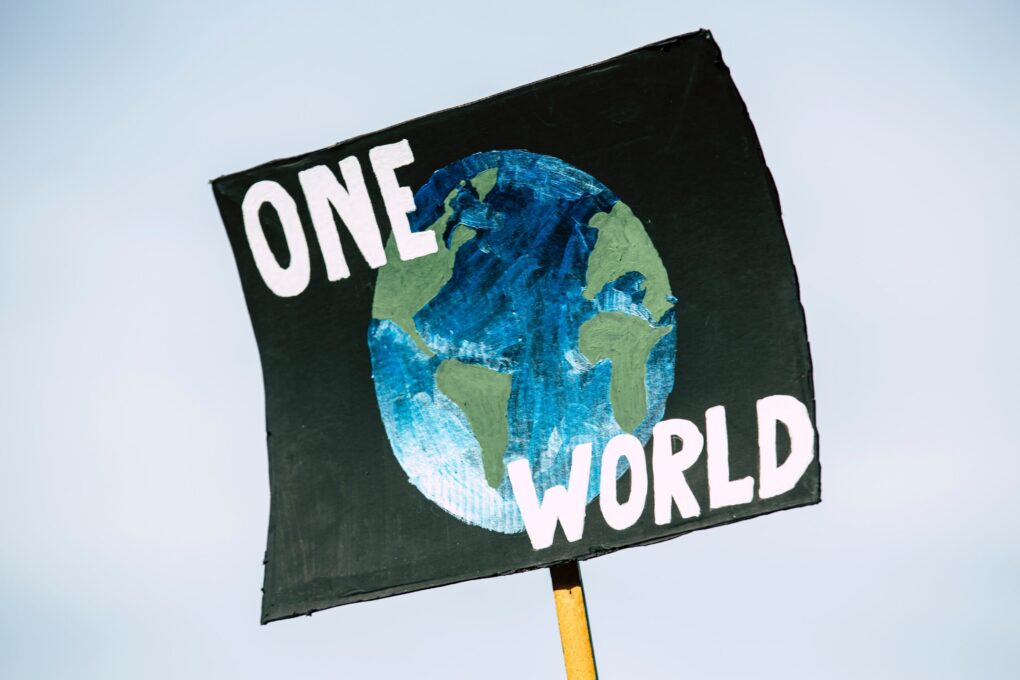 It’s uncomfortable, isn’t it – the whole topic of climate change…

Who knows what to believe? Who knows how immediate the danger?

And it’s depressing, too.

Can’t we talk about something else?

And yet… nothing in the world is more important.

We need to be depressed. Or, even better, we need to be scared. Scared enough to want to do some something about it.

Because there are things we can all do, even as individuals, when it comes to protecting our environment, to stopping or minimising the damage from climate change. There are actions we can begin to take right now.

And none are rocket science.

None are beyond our reach.

What you can do

“Such as?” you ask, a little defensively. “Is there really, as individuals, anything we can do to tackle a potential eco-Armageddon?”

I can answer that one – and the answer is “Yes”.

Link up with others. That’s the single most important thing you can do. Get together and agitate. There’s power in numbers. Add yourself to the numbers.

For some of us it’s not so easy. We’re private or shy.

Overcome your reluctance. Talk to other people about the climate, our society, our screwed-up world. Discuss the stuff we can do.

This is important, too. Positivity’s a weapon. Hope is a tactic. It’s never too late to put your shoulder to the wheel, to join with others to try and change the path our society’s taken. We are what makes society. We are what can change society.

This might be difficult – but we’ve all got to try.

Have one less kid than you would have had, and preferably never have more than two. It’s the biggest reduction in your carbon footprint you can ever make.

There are enough of us on this planet. A growing population won’t help us tackle climate change. In fact, it’ll only make things worse.

This small commitment can make a BIG difference.

Stop eating meat. Stop drinking milk. You know it’s right. Exploiting and harming animals in the way we do is not only immoral – it endangers us all.

And last, but by no means least:

Every reduction in how much stuff you use or consume is an act of resistance. Our media propagandises greed and waste. But why have a coke when there’s water in the tap? Why buy new when what you’ve got is good enough? Why buy 2 when you can get by with 1?

Achieve energy Zen: insulate and economise; strive for the calm that comes with turning your back on consumerism.

This is critical. Every act of re-use when you’d otherwise dispose of something and get a replacement is an act of climate activism.

Poorer people have smaller carbon footprints. Live like you’re poorer (if you can), and donate what you save to climate activism or social causes.

Recycling is much, much better than wasting stuff, but it’s still energy expensive.

Reduction is best; Re-use next; if neither are possible: Recycle.

So these are the big things you can do to make climate change personal:

Everything you do counts.

It counts personally, and it counts morally.

There are of course a thousand other things you can do – perhaps less momentous – but everything contributes in some degree to the big picture. Start to make your own list. Talk your ideas over with friends. Begin to take things into your own hands.

You’ll get some folk saying that what individuals do doesn’t count. That it won’t make a difference what you do personally. But they’re saying that either because they’re lazy or because they don’t really give a damn.

In fact, everything counts.

It’s each of us, doing stuff, that got us into this mess.

It’s all of us, doing stuff, that can get us out of it.

Let’s start making the good stuff we do count, instead of the bad.

Luke Andreski is a founding member of the @EthicalRenewal and Ethical Intelligence collectives. This article comes from his 2020 book, Short Conversations: During the Plague.