Mainstream media to blame for violence 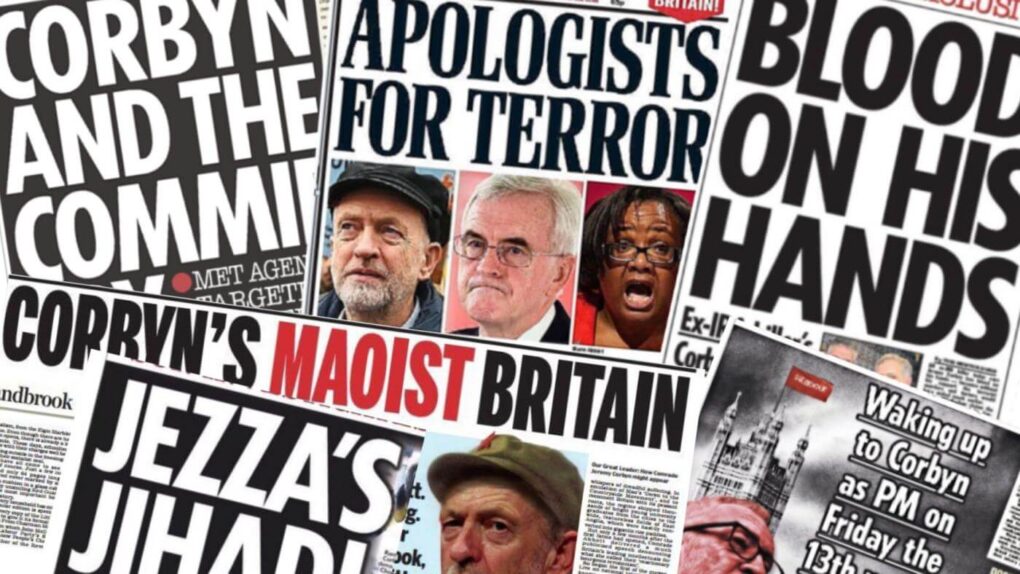 But social media is the problem?

THE murder of Tory MP Sir David Amess has had the mainstream media in a veritable frenzy, speaking of the abuse received by MPs with most blaming social media, MPs and other public figures. I’ve also seen many MPs who have faced harassment and abuse being interviewed, but two things hit me:

One, that not one journalist appears to be speaking of their own part in making life more dangerous for MPs, and two, that Diane Abbott, who probably receives more abuse than any other MP, has not been mentioned.

Neither has Jeremy Corbyn for that matter, and yet, in 2017, as Leader of the Labour Party, he was targeted by Darren Osborne, who drove a van into a crowd of Muslims near a mosque in north London. Osborne, 48, ploughed into a crowd in Finsbury Park in June of that year, killing Makram Ali, 51, and injuring nine others. He was sentenced to life in prison.

During the trial Osborne told the court he had originally hired the van to kill Jeremy Corbyn at a march he was due to attend and added it “would have been even better” if London Mayor Sadiq Khan had been present, saying: “It would have been like winning the lottery.”

So a very real threat against the former Leader of the Opposition just isn’t worth mentioning. Could it be because there are some in the mainstream media who know they are only too culpable in the hatred drummed up by them and aimed at Corbyn? I don’t know if they have that sort of self-awareness if I’m honest, but Dan Hodges of the Daily Mail certainly doesn’t.

He wrote, for the Mail on Sunday two days ago, that “we have to begin to talk about and confront the scourge of Left-wing extremism.

“It is a very different creature to the extremism of the Right. It is less overtly violent. But it is equally toxic and represents an equal risk”. Yes, very covert, so much so that I’ve not seen any newspaper headlines saying that ‘Johnson must be killed’ or anything similar to what Hodges wrote about Jeremy Corbyn.

A man he couldn’t resist having another little pop at in the very same article as the quote above, when he mentioned that Corbyn paid tribute to David Amess, “but” – you just knew there would be a ‘but’ – at a fringe meeting at the Labour Party Conference Corbyn asked those in attendance for a “thought tonight in absolute solidarity with our great friend Claudia Webbe for what she’s going through”. And Hodges then went on to speak of Webbe being found guilty of harassment (Webbe is appealing).

Nobody can forget the media coverage of Corbyn, which has dissipated somewhat since he stepped down, but has certainly not disappeared. And the picture, tenor and headline of Hodges’ article in 2016 with the headline ‘Labour MUST kill vampire Jezza’, was, as he himself might have put it, toxic. Yet, without a hint of self-awareness he used that word to describe Corbyn. Of course he was aided and abetted by most of the MSM who were themselves helped by Labour MPs running off to them at every chance to complain about their leader. But, I’m going off on a tangent here.

I will say no more about Corbyn here except that I truly think that if he had been elected PM in 2017, as he almost was, he would in all likelihood not be alive now.

I get ten times more abuse online than any other MP, and some of it contains death threats.

As I stated earlier, Diane Abbott receives more abuse than almost any MP yet the only mention I have seen of her regarding this is an article she penned for The Independent, and even in that she spoke mainly about the abuse MPs receive and not about herself. The only mention of her own harassment was: “I have some personal experience of the fear many MPs feel. I get ten times more abuse online than any other MP, and some of it contains death threats.” Unfortunately, she also targeted social media rather than the real culprits, the mainstream media. And of course they are not going to answer for the consequences of their vicious reporting.

Yet they continue. While I’m certainly no fan of Angela Rayner, the MSM piling on her for her remark about ‘Tory scum’ after all the headlines over five years about Corbyn is a bit rich.

‘Corbyn and the Commie Spy’

‘Blood on his hands’

The whole antisemitism ‘crisis’ which has rightfully been exposed for what it was – a scam to rid the party of Corbyn, a man who wanted only to make our lives a little better.

And so on and so on. Constant drips of lies and hatred. All coming from the mainstream media, not social media. Although echoes of it on social media by those who had/have no interest in the truth.

If this isn’t toxic, what is?

I’ll leave the last word to that well known distorter of truth, Margaret Hodge MP, who actually had the audacity to tweet yesterday that “Discourse in our politics, as in our society, has become increasingly divided and toxic. As MPs, it is our duty to change that discourse for the better.

“We have far more in common than that which divides us.”

How she had the nerve in that last sentence to quote Jo Cox who spoke those very words in her maiden speech to Parliament in 2015, just a year before she was murdered by Thomas Mair, I don’t know. But Hodge has no shame, that we do know. Isn’t she the MP who shouted at Corbyn, her own leader “You’re a f****** antisemite and a racist…”? Rhetorical question, she was and did.

Before demanding an end to anonymity on social media our mainstream media needs to be held accountable for their place in all of this toxicity surrounding MPs. Because they light the fire, social media only echoes and perhaps amplifies it.

2 thought on “Mainstream media to blame for violence”