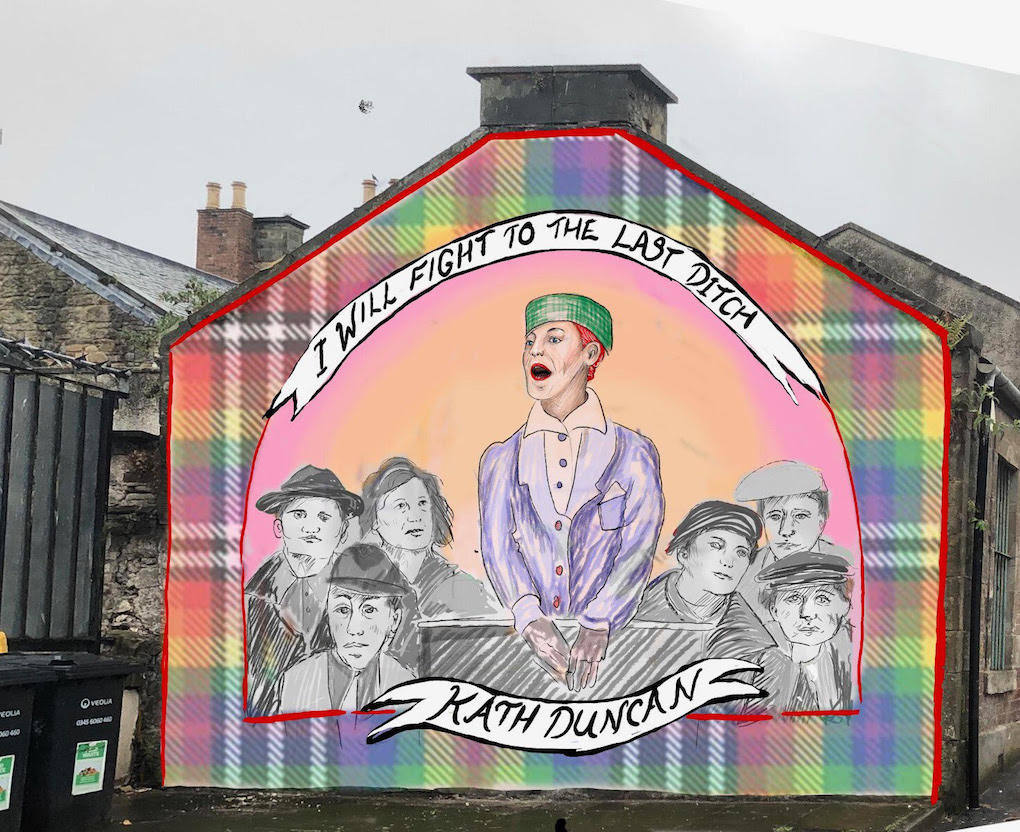 My whole life has been about activism; I remember as a five-year-old going door to door with my grandmother who worked out that more people would answer the door and sign her latest petition if a child was in tow, and it got into my bloodstream. Activism has been part of my life ever since, driven on during the aids pandemic, the Poll Tax, and the injustice of the Thatcher years with its war on the poor as well as the miners.

Today we still have a government at war with the poor and the new Irish – refugees and asylum seekers – criminalised before they even arrive when they could instead be the army to save our NHS, and our public services, to fill the huge shortage of labour that our country needs, from farmworkers and care workers to doctors and nurses in the NHS.

The way we live today seems not to have progressed much from the hunger marches and strikes of the 1920s and the 1930s as we appear to have forgotten our working class history. It is a history which is being erased, just as is happening today with the criminalising of those who make a stand, and is leaving in the shadows the huge working class heroes such as Fred Copeman and Kath Duncan. This is the Kath Duncan who would pay the ultimate price for fighting for free speech by giving her life after becoming ill serving two terms in Holloway Prison.

Why is it that we are taught at school the stories of Kings, Queens, tyrants and Empire, but the stories of the working class built on the blood, sweat and activism of ordinary people are excluded? People who often gave their lives to fight for what we have today, because struggle and battles do get won but the ongoing battle is to keep going on, to not give up, to follow in the footsteps of those who went before us.  Yet how can we follow those whose battles are never told and whose heroes are always paid little attention.

As a gay man it pains me that we are all aware of the civil rights movements in the USA, India, and South Africa, but how the UK civil rights movement was fought and won is still never taught, not even the first civil rights case in law; Duncan vs Jones KB is not even used as a case study by the legal system, by lawyers seeking a job in civil rights law – how is that possible? In my view it’s simple: queer working class heroes who take on the system and win put the fear of god into the establishment as they did in the 1930s when the Invergordon Mutiny brought down a government. Spreading successful working class history may put ideas in the heads of the masses and god forbid they may realise they can run their own affairs quite well without the need of a political class.

I have spent the past five years trying to do something about this by writing, producing, and directing my latest LGBTQ civil rights working class history film ‘Liberty’ which launches globally as part of LGBT history month in February 2023. My objective is to tell the stories no one else has, whilst bringing them right up to date to be relevant NOW, when globally 70 plus countries still make it a crime to be LGBTQ, the rise of Fascism sweeps across the world like a virus and the abuse of civil rights is becoming as relevant an issue in Britain and USA as it is in Iran and China.

Making this film has not been easy though, even within my own LGBTQ community, where people have tried to tell me who should and should not be in the film, while some Pride festivals will not even show it under the pretext that it features Reclaim Pride queer activists who believe Pride should always be a protest, not a pink wash marketing brand opportunity.

As I write this, the film which I didn’t expect to reach an audience beyond my usual circle will be screened across five continents in 2023. It will be the first LGBTQ-driven documentary film ever to be screened in Iran, mainland China, and Uganda, countries in which being LGBTQ is still a crime. Iran and China will turn a blind eye to the queer content because a film showing people in the west rising up against king, parliament and the entire Western system feeds them propaganda with which to say, “You may want rights in Iran or China, but hey ho they are also fighting for change in the West”. I hope my film, by telling the true story of how Kath Duncan and Fred Copeman fought for social justice and rights for workers, the right to free speech, and the right to protest, will put the record straight. And by showing the anti-fascist movement, the Hunger Marches, the Invergordon Mutiny, the importance of the New Cross fire in creating the UK black power movement, and the victims of the present public inquiry into the NHS blood contamination scandal, in which the state murdered its own people to save cash, is able to put right this injustice, to bring these heroes’ names into the public realm and on their backs empower people to make a stand.

My friend, Canary writer Steve Topple, said when he reviewed my biography of  Kath Duncan, ‘The Last Queen of Scotland’, “The banishing of the mists of time from Kath Duncan’s life could well stand as Woolford’s finest achievement “. I’ll take that.

Tickets are on sale here for £10 for Ray’s Film Launch at Hatcham House as part of LGBT History Month, with funds supporting Ray’s work. ‘Liberty’ will be screened as part of the film freeway network art film festivals across the UK and globally 2023-2024.