Left Unity – Why Is It So Hard to Achieve? 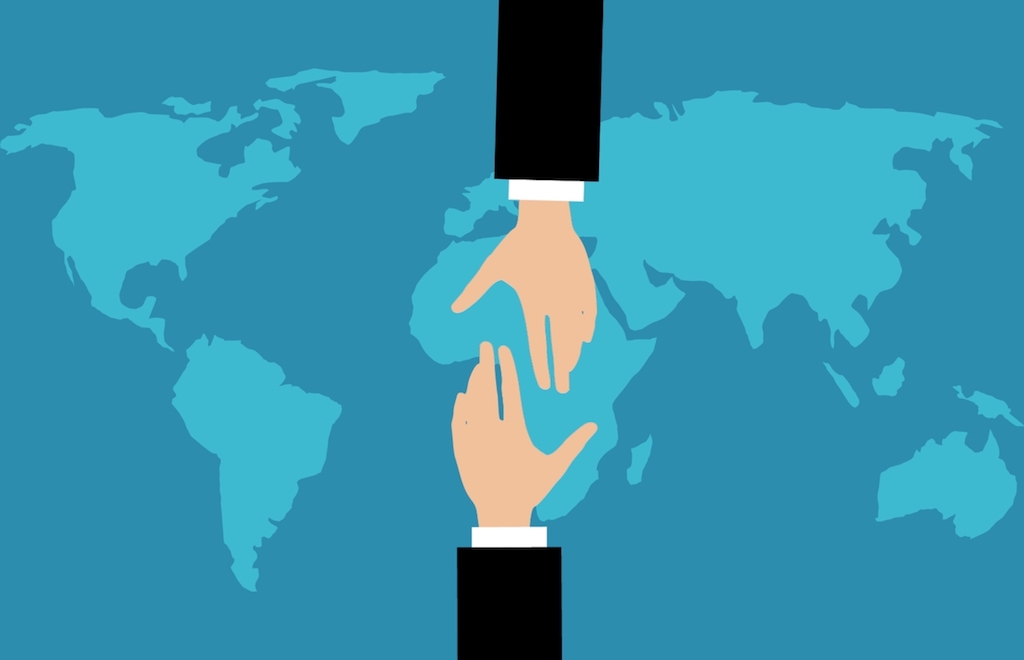 Photo by Mohamed Hassan from pxhere.com

Left Unity is urgently needed. But why is it so hard to achieve? Dave Middleton recently asked a similar question in What happened to the Left? Like him I have taken a historical approach to understanding why we are so divided. I agree with Dave and think the two articles should be taken together.

For as long as I can remember two political questions have been bones of contention on the Left.

The first is Russia. The Russian Revolution had a dramatic effect on the Left in the UK. It gave rise directly to the establishment of a Communist Party in Britain which saw Bolshevik Russia as ‘our Russia’, a bulwark against capitalism and especially fascism. As revolution receded and fascism advanced across Europe, ‘Defence of the Soviet Union’ became a clarion call for many, even if they never joined the CP. And just about everybody agreed that the Soviet Union embodied the ideas of Karl Marx.

Unpalatable truths about Russia under Stalin began to emerge, starting with the Hitler/Stalin pact on the eve of World War 2 and continuing with the establishment of Russian satellite states in Eastern Europe, where dissent was brutally suppressed (Berlin 1953, Hungary 1956, Czechoslovakia 1968). These events were seized upon by Labourites to discredit not only the Soviet Union but also the revolutionary ideas of Karl Marx. The failings of Soviet Russia were laid directly at his door.

The Russian Revolution also gave rise to the modern Labour Party. Before the revolution Labour was not so much a party as a means of electing Labour MPs, sometimes in co-operation with the Liberal Party. It had affiliates like the trade unions, the Co-operative Society and various left groups. Even the fledgling Communist Party tried to affiliate!

But the Labour Party was not itself a mass membership organisation. This all changed with the Russian Revolution. A new constitution was written by the Fabian, Sydney Webb. Hundreds of Constituency Labour Parties were established, and membership was opened up to all those who had a vote and agreed with the Labour Party programme. Extending the suffrage had doubled the electorate to sixteen million, including six million newly enfranchised women. This was a deliberate strategy to organise the Labour vote and draw in socialist voters who might otherwise have joined the Communist Party. It is telling that they had no interest in the disenfranchised, the 43% of women who were deemed too young or poor to vote.

Labour used Clause 4 to present itself as a democratic socialist party, while never formally adopting socialism. But it encouraged a belief that became another bone of contention for socialists. The state was seen as essentially neutral, and a duly elected Labour Government would have the power to introduce its programme without recourse to revolution.

I came into socialist politics as a teenager in the 1960s. I joined the International Socialists (IS) and discovered that it was possible to be a revolutionary socialist, to oppose western capitalism and still be critical of Russia. IS belonged to the Trotskyist tradition that stood by the ideas of Marx and Engels and defended the Bolshevik Revolution but argued that things had gone badly wrong under Stalin.

Orthodox Trotskyists stood by Trotsky’s own definition of Russia as a degenerated workers’ state that could be reformed without another revolution. And in a clash between Russia and the west these Trotskyists would always back Russia. But what about those countries in Eastern Europe that were part of the Soviet Bloc but had never had a revolution? Their socialism had been won, not by a proletarian revolution, but by the Red Army when it liberated them from the Nazis. They had never had a chance to degenerate. Their socialism was handed to them, albeit with bureaucratic deformations. Hence, they were described as ‘deformed’ workers states.

IS was not orthodox even though it had started that way. It’s leading member, Yigael Glückstein, was a Jewish Trotskyist who had been forced to leave Israel because of his open support for the Palestinian cause. In the UK he adopted the name of Tony Cliff.

Cliff wrote a study on Russia to defend Trotsky’s definition of Russia as a workers’ state that had degenerated under Stalin’s rule. Trotsky could not write it himself because he had been assassinated by one of Stalin’s agents in Mexico in 1940. But Cliff was in for a surprise. His research led him to conclude that the working class no longer had any democratic control in Russia.

The state might control all the factories and resources. But who controlled the state? According to Cliff the bureaucracy who ran the Communist Party in Russia was the new ruling class. It was as if a giant corporation owned and ran a whole country. Private capitalism had been abolished in Russia to be replaced by state capitalism. By that reckoning the deformed workers’ states in Eastern Europe could not be socialist either.

This was the start of a series of divisions in the Trotskyist movement. They often concerned those countries that claimed to be socialist but were not part of the Soviet Bloc. Tito had steered Yugoslavia clear of Russian domination after WW2. Hurrah for Tito! But he had also presided over the brutal suppression of Trotskyists in Yugoslavia. Down with Tito!

Sometimes the divisions were over the socialist credentials of those leading national liberation struggles against colonial oppression. Opposing the USA in the Vietnam War was a no brainer for the left. But did that mean you had to defend everything that the North Vietnamese government was doing?

Part of the problem was that Trotsky had died in 1940, and subsequently WW2 had thrown up all sorts of complicated questions for socialists that had not been concerns during his lifetime. I understand that people did not want to criticise Trotsky, who had stood, almost alone, against the onslaught of Stalinism and had done so with great physical and intellectual courage.

But the whole history of the socialist movement is about learning from the insights of past leaders and using their methods to glean fresh insights and take the movement forward. As soon as you begin to treat their writings as holy writ and try to fit their words to every fresh problem, you risk degenerating into a sect. It is the difference between asking “What did Trotsky say?” and asking, “What would Trotsky say if he knew what we know now?”

The other great rift in the socialist tradition occurred with the Maoist victory in China. China had nearly enjoyed a successful socialist revolution in 1927. By then Stalin had control of both Russia and the international communist movement. In direct contradiction to Trotsky’s theory of permanent revolution, he judged that China needed to achieve a bourgeois revolution first and that the Communist Party in China should therefore modify their actions and cooperate with the nationalist Kuomintang led by Chang Kai-shek.

Hundreds of thousands of workers were massacred by the Kuomintang to suppress the revolution. What was left of the Chinese Communist Party rallied around Mao Zedong who retreated to the countryside. He built a peasant army that fought an extended guerrilla war against both the Kuomintang and Japanese invaders that resulted in the People’s Republic of China in 1949. Was China now a workers state? Hardly. Mao had triumphed militarily but the Chinese working class had played no part in his success. They would now be ruled over by the Chinese Communist Party, just as the working class in the Soviet Union was ruled over by the Russian Communist Party.

Mao’s success provided the inspiration for similar movements engaged in anti-colonial struggles around the world. It also led to the establishment of Maoist parties in the West. They describe themselves as Marxist-Leninist and view the socialist tradition almost like an apostolic succession. Marx-Engels-Lenin-Stalin-Mao. Following the break with Stalin under Khrushchev, the Maoist parties turned against Russia and promoted Chinese communism and ‘Mao Zedong Thought’. Inevitably, after Mao’s death in 1976, the Maoist movement split between those who supported his successors and those who denounced them for betraying his legacy.

All these socialist tendencies can still be found in the UK. We have a Communist Party, a handful of Marxist-Leninist Parties. The Socialist Party is the inheritor of the orthodox Trotskyist tradition. The SWP is the direct descendant of the International Socialists. Taken together with all the smaller groups on the left they count their combined membership in thousands, their supporters are in the tens of thousands. None of them have ever approached the hundreds of thousands who flocked to the Labour Party under Corbyn.

But the Communist Party had led the way in building its strength in the trade unions and winning union positions even when it was performing badly in parliamentary elections. By contrast, Corbynism was focused almost exclusively on winning elections. That was its downfall. When the unholy alliance of right-wing Labourites and Tory press barons sabotaged Corbyn’s election chances there was no extra-parliamentary focus to hold his supporters together.

Hundreds of thousands who supported Labour because of Corbyn’s vision of democratic socialism now feel lost and betrayed by the machinations of the Parliamentary Labour Party and its allies who control and manipulate the internal organisation of the party, while announcing policies whose sole aim is to attract Conservative voters. Little wonder that many of Corbyn’s supporters now find themselves politically homeless.

For socialists this raises a number of questions.

Although my own political sympathies are fairly obvious, I hope this account is not taken in a sectarian way. All the groups and tendencies I have discussed, and the many I have not discussed – anarchism and syndicalism for example – consist of people who have shown great courage, self-sacrifice, dedication and commitment to the cause of socialism. If they have been found wanting, so have I.

As for the future, working class people and their allies amongst the oppressed are fighting back. The current strike wave has placed class struggle back on the agenda. Climate crisis resistors like Just Stop Oil and Extinction Rebellion are building mass campaigns. They are using tools like social media undreamed of by Marx or Lenin or Trotsky. But they each would recognise the courage of this new generation of activists and seek to learn from its creativity in finding new methods of struggle and new forms of organisation that, together with the rich lessons from our history, might finally destroy the heart of the beast that is Capitalism.

One thought on “Left Unity – Why Is It So Hard to Achieve?”