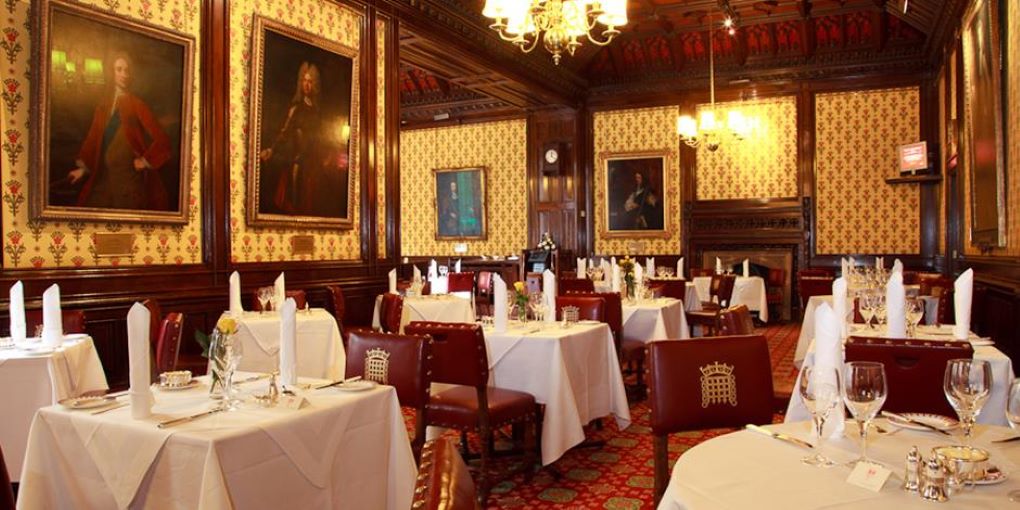 Peers Dining Room, House of Lords: parliamentary copyright images are reproduced with the permission of Parliament

LABOUR peers sat on their hands when they could have voted to take action on child poverty. They were whipped to abstain on a Lib Dem amendment to the Schools Bill that would have entitled every child in a family in England claiming Universal Credit to free school meals. Only three Labour peers defied the whip, and the amendment was lost by 51 to 108 votes. The Social Market Foundation estimated recently that almost two million children go hungry each day. Labour peers find no disjunction between preventing desperate children from having a meal at school and their own £323 a day attendance allowance plus travel expenses and their right to eat in the subsidised members dining room.

This is nothing new for Labour. In January Starmer whipped MPs to abstain on Tory proposals to cut the Benefits Cap. Rachel Reeves, the Shadow Chancellor is determined to be tougher than the Tories on benefits. And, lest you think this is some new horror inflicted on Labour by Starmer, let us remind ourselves that the Corbyn leadership was the exception rather than the rule. Between 2010 and 2015 Labour refused to oppose George Osborne’s austerity culminating in Harriet Harman, as interim leader, whipping MPs to abstain on the Tory Welfare Bill. Only a quarter of MPs ignored the whip then. But that is still more than the 14 who defied Starmer in January.

If you think Labour in government would be any better, look to Wales where education is a devolved power. In December 2020 Labour Members of the Senedd voted against a Plaid Cymru amendment to the Welsh Budget Bill which would have extended free school meals to include all children from families receiving universal credit. 129,000 children in Wales live below the poverty line, but over 70,000 do not qualify for free school meals. Labour claimed that the uncosted proposal was simply electioneering. Better it seems to leave children hungry than have to find the money to feed them.

In a recent article for Labour List, Phil Wilson, the Labour right winger who replaced Tony Blair as MP for Sedgefield until he lost to the Tories in 2019, quoted Shadow Education Secretary Bridget Phillipson, who said that it would be,

…totally inadequate – the reverse of our socialism – to live in a society where many of us had jobs, sufficient food, warm houses, free hot meals for our kids, and free sanitary products, but didn’t have money to spend as we saw fit on anything else. Equality in a free society is about power, not goods.

By some bizarre twist of logic, they seem to be saying that if we feed the poor and hungry, we will remove their appetite for socialism! It is all very well to talk about power and choice. But where is the Labour policy to raise the minimum wage to £15 an hour to abolish in-work poverty? What about supporting striking workers using their power and exercising their choice to fight for higher wages?

Real freedom has to begin with freedom from want. Real equality is meaningless without equal rights to food, shelter, clothing, light and warmth. That may be the reverse of Labour’s nightmare version of socialism. But at Critical Mass it is the cornerstone of our dream for a better world.