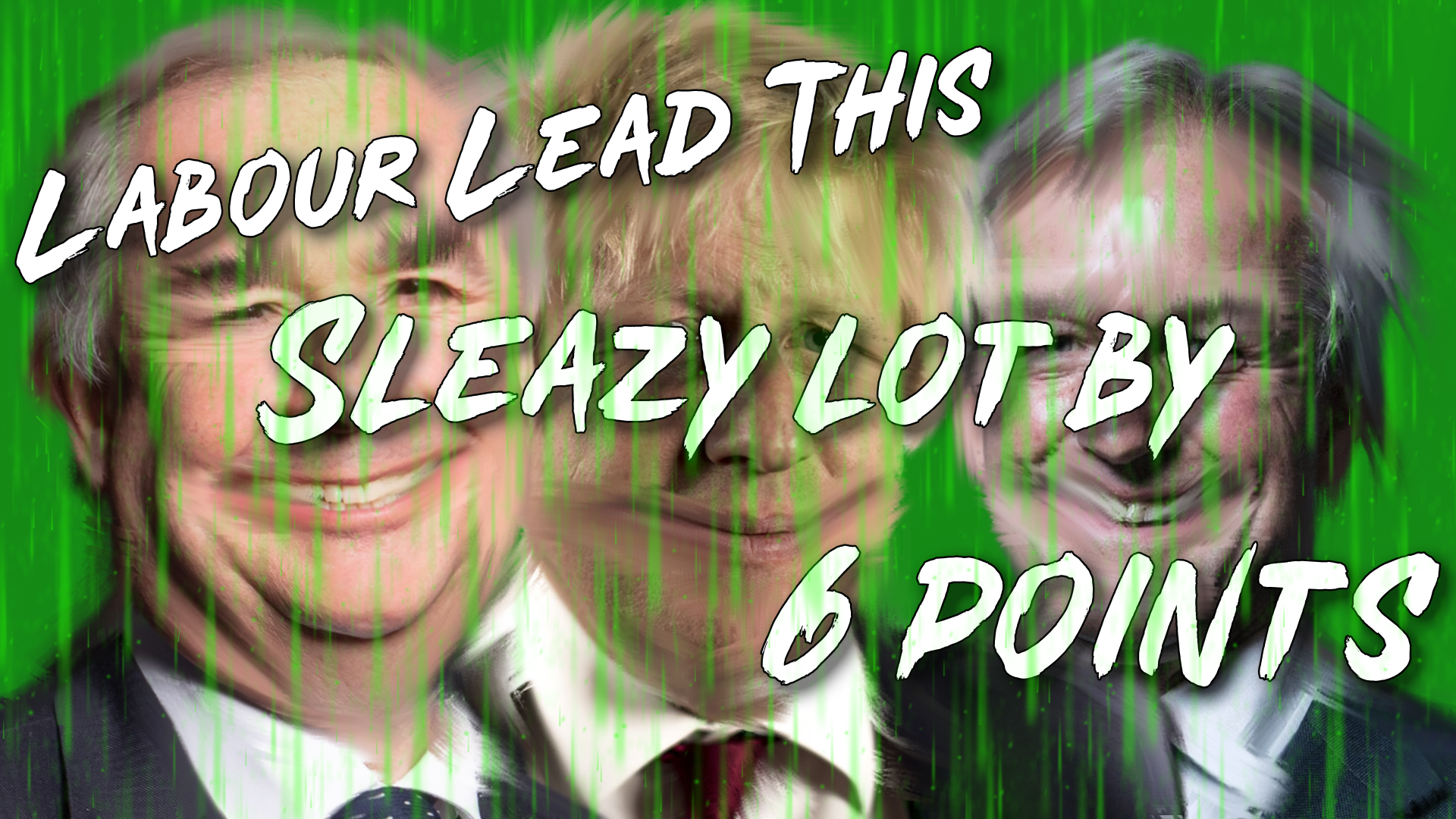 Voters are dramatically shifting support away from the Tories amid the Owen Paterson lobbying scandal and a ‘wealth’ of other sleazy headlines, according to new polling.

A poll carried out by Savanta ComRes for the Daily Mail put Labour six points ahead of the Conservatives on the question of voting intention if there were a General Election tomorrow.

What are the numbers?

The results show Labour climbed five percentage points to 40%. The Tories dropped four points, down to 34%, since a similar poll a week ago. The polls surveyed more than 2,000 people in the UK and were conducted on Thursday and Friday.

What other data are there?

YouGov also carried out a survey of national voting intentions this week. This poll also suggested the Tories had lost their lead over Labour. Despite the results of the YouGov survey only putting Labour and the Tories neck and neck on 35%, it shows a clear downward trajectory in poll share for the Tories.

In addition, the latest Redfield & Wilton Strategies’ (RWS) voting intention poll shows Labour leading by 2%. This is Labour’s first lead since November 2020, after being one point behind the Conservatives in Monday’s poll.

Perhaps even more significant is the RWS polling from the previous week (published 8th November). This showed the Tories, whilst leading by 1%, had actually suffered a decrease of 4%. However, the even more telling part of the data is it was the lowest voting intention result for the Conservatives since RWS began tracking British voting intention in February 2020.

Any good news for the Tories?

Having somehow managed to convince a significant portion of the UK electorate he was a good Prime Minister, Boris Johnson’s magic touch seems to be letting him down.

YouGov took the opportunity to update their findings to their ‘best prime minister’ question. Amazingly, Keir Starmer has somehow managed to convince 29% of the public to select him as their preferred choice, while only 27% are sticking with Johnson.

Perhaps the most surprising result for this question was that only two-fifths of people (41%) were not sure who they would choose! Given the runners and riders, how anyone surveyed was ‘sure’ is the biggest unasked question!

What can be concluded?

Despite efforts to put a positive spin on these survey results and the current constant barrage of self-inflicted sleaze related press, the data doesn’t lie.

From a Tory perspective, the best they can say is they are losing voters and it’s likely due to the fact that people will not stomach watching already wealthy and powerful people using that power to corrupt an already favourable system and further enrich themselves. That’s the best they can try to spin from the facts.

The more honest appraisal? Well, it is very unlikely a party riddled with corruption, led by a person as mired as anyone in sleazy scandals are likely to take up the opportunity for an honest anything.

One thought on “Labour 6 Point Lead in Poll”