Knife crime: what is to be done 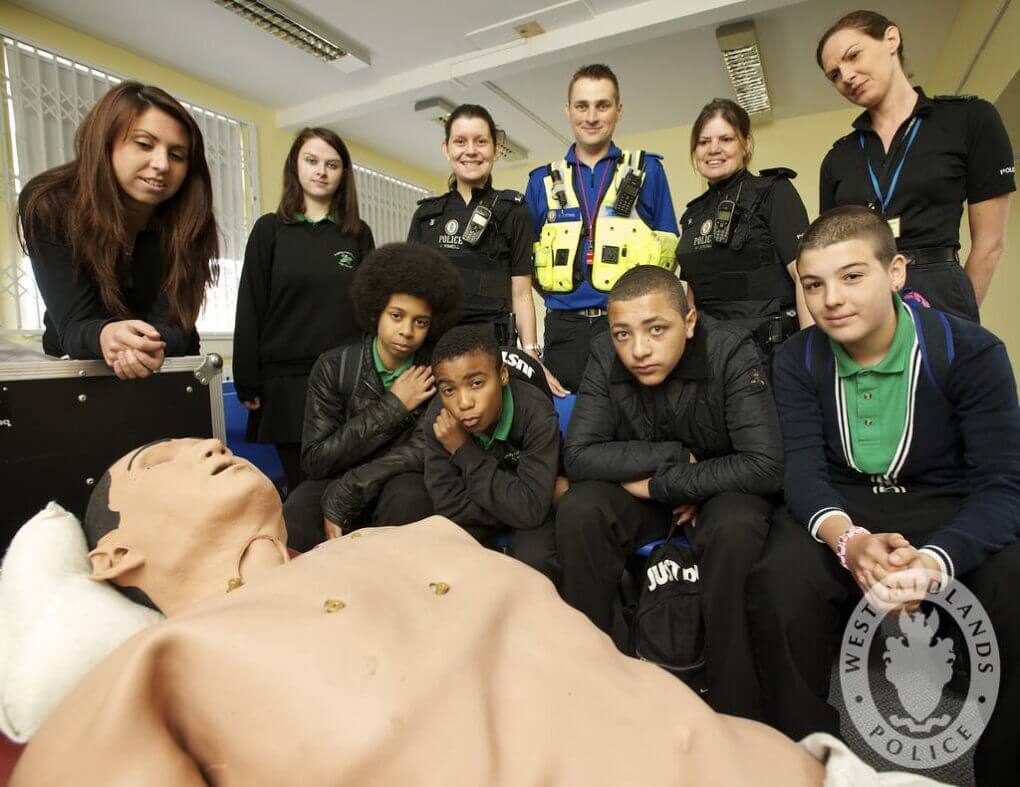 The death of David Amess MP has brought into sharp relief an issue which, ironically, he raised with the Prime Minister only a short while ago: the seeming epidemic of knife crime in the U.K., particularly affecting Black teenagers in inner city areas. There is a lot of information on crime so in this special report for Critical Mass I will try to pick through it for you.

In the year to March 2021 there were 44,286 recorded instances of knife related crime in England and Wales. Although this was a 15% decrease from the previous 12 months, that was largely due to the across the board crime decrease which accompanied the lockdown periods.

There were 275 homicides committed using a knife or other sharp instrument recorded in the year ending March 2020. Knife crime is now the most common cause of homicide. 223 of those deaths were males. And, 68 of those were under 25. Whilst the majority (149) were White, an increasing number (75 victims, an increase of 11 on the previous year) were identified as Black.

One of those statistics was an 18 year old, Luke Bellfield, who was stabbed in the heart in Leigh-on-Sea, Essex, on 26 February and died in hospital shortly after. Another 18 year old, Alfie Pollard, is currently awaiting trial in connection with Luke’s death. In a strange act of symbiosis David Amess raised Luke’s death in the House of Commons asking Boris Johnson what more could be done to prevent knife crime. Johnson’s reply is interesting more for what it does not say than what it does:

“..what we are doing, Mr Speaker, is recruiting many more police officers to fight crime, rolling up the county lines drug gangs wherever we can and setting out plans to keep serious sexual and violent offenders behind bars for longer. I can tell the House that we’ve now got 6,620 of our target extra 20,000 police already recruited.”

According to government figures, as of June 2021, there were 138,574 officers in England and Wales. This represents an increase of 9,814 across the 43 forces since April 2020. For comparison purposes, there were 143,734 police officers in the 43 police forces of England and Wales as at 31 March 2010. With the increase taken into account, there are still 5,160 fewer police officers than when the Tories took office.

More police and longer sentences are fine, but they seem to act as no deterrent. More police would have to be in the places the crimes took place to actually stop them. But nobody is talking about prevention. More police just seems a good response, it does nothing to stop crime. Longer sentences satisfy the public lust for revenge but can only apply after the event. So, two strands of Johnson’s strategy, if throwing numbers around the House of Commons can be called a strategy, have nothing to do with prevention.

But these are just statistics. Another name from the 275 victims: Dea-John Reid. Unless you knew him or live close to where he lived, chances are you have never heard his name. On 1st June 2021 Dea-John was chased by a group of white men, who attacked him whilst racially abusing him. Oh, did I forget to mention he was Black? Did I also forget to mention he was just fourteen years old. His attackers were a group of 6 white males aged between 13 and 38. Two men aged 38 and 35 and a 14 year old boy were initially charged with his murder. Later two teenagers were also charged.

Some more names, all from Birmingham in the West Midlands:

Delarno Samuels was just 17 when he was stabbed to death in Smethwick on MayDay;

15 year old Keon Lincoln was shot and stabbed in Handsworth, Birmingham, on the afternoon of 21 January;

Brahane Yordanos, 19, from Eritrea, was fatally stabbed at a property on Unett Street in Newtown, Birmingham, on August 1st.

You may wonder why you don’t recognise these names. Is it because Black lives don’t matter? Or because young lives don’t matter? Or because the lives of ordinary people don’t matter? Or, in these cases perhaps all three. All these tragic and unnecessary deaths were reported in the press. In each case there was some hand-wringing and a promise, usually by the police, to do something about it. Occasionally, as in the case of Luke Bellfield, a question in Parliament. But, then nothing is done to reduce the availability of knives.

For £20-25 you can buy online a lethal looking knife. The Kurki machete doesn’t look as if it would be much use in the kitchen, so presumably those buying it have more specialised requirements. And, although they probably wouldn’t include murder, threat is a clear reason to possess such a weapon. So, should we simply stop the sale of lethal weapons?

Well before we think we have what is, ironically, called the ‘magic bullet’, consider this. Birmingham is the 7th most deprived area in the U.K. 22.5% of residents live in poverty and the same proportion are unemployed. In summary:

There is no single measure that can prevent knife, or any other, crime. There are multiple factors at play: Racism, sexism, endemic poverty, boredom, policing, easy availability of lethal weapons. There have been a number of academic articles exploring whether longer sentences have any effect on crime rates. In March Chris Philp, then Justice Minister appeared to concede that there was little evidence to support the idea that longer sentences prevented crime.

In America the right was desperate to prove that the ‘three strikes policy’ which resulted in extremely long sentences, sometimes for quite insubstantial crimes, was effective. Research by the American National Research Council reveals that, between 1980 and 2010, the 222% increase in the rate of incarceration in state prisons was a function of changes in policy, not changes in crime rates. By 2018 only the most right-wing senators were continuing to argue that longer sentences did anything other than fill up prisons. In short, longer sentences don’t work because most people committing crimes, particularly violent crimes which are not planned, don’t actually expect to get caught.

Ultimately, the way to stop crime is to take away the reasons that people are attracted to crime in the first place. In the case of male on male crime, it is often bravado and machismo that gets out of hand. That behaviour won’t be reversed by more police or longer sentences but might change if we reform the culture. However, the culture is not going to change in an environment when self-esteem for young men (and increasingly young women) is determined by their ability to be aggressive. This is a failure of social policy and, whilst it is easy to blame those who commit violent crimes, the cliche remains true: it is society to blame.

So long as we continue to allow vast sections of the population to sink into ever deeper poverty with no hope of anything resembling a decent life and with nothing but machismo as the basis of their self-esteem, then violent crime is the inevitable outcome. Give young people something to live for and they will certainly want to live for it. Reduce their lives to a scrabble for survival and we are now seeing the results.

2 thought on “Knife crime: what is to be done”