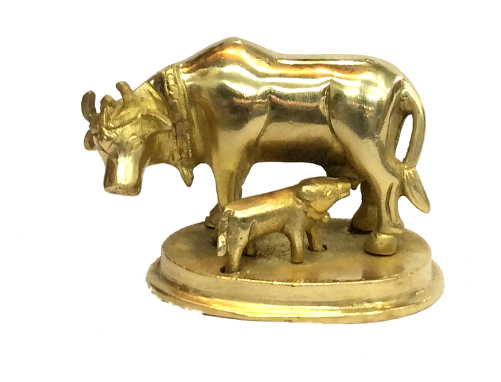 Once upon a time there was a rich and cossetted widow called Baroness Henrietta Temperance Elizabeth Byron-Browne.  She lived in a manor house not too far from a small town, thanks mainly to the rich merchant husband she had married at twenty two.  He had been almost twenty years older than her, their match had been made by her parents.  The Baron was a kindly man who was enamoured by her beauty and deep blue eyes and he had treated her well.  They were rich enough to have handsomely plastered ceilings, expensive carpets hanging from the walls of the hall and parlour and even the luxury of fresh water pumped into the house.  She had wanted baroque floors but her husband had insisted their finances would not quite stretch that far and, despite her protestations, had tradesmen lay rough hand-sawed planks instead; Henrietta had sulked for months.

The Baron had died of scrofula, the King’s evil, several years ago which had left her childless and alone, save for a handful of servants.  Henrietta rejected all offers of friendship from her peers and grew bitter at her solitude and dwindling fortune.  She treated her servants without compassion or kindness and paid them very little.

One fine and sunny morning, the twenty eight year old Henrietta, dressed in her second best dress over hooped petticoats, went to the market in the nearby town.  She would have liked to have travelled by sedan-chair but they were getting very expensive these days and she very much wanted to make several purchases.  Henrietta begrudgingly travelled side-saddle on horseback with one of her servants, Nell, who rode behind her mistress.  They passed several beggars on their way, who cried out to this fine lady for alms, but Henrietta ignored them, wafting away their pleas with an upturned nose and a gloved hand.

There was a potpourri of stalls at the loud and bustling Wednesday market.  Booming Vendors demanded attention, and Henrietta was dazzled by the kaleidoscope of goods for sale.  The fruit stall was bejewelled with apricots, cherries and plums.  The butcher called for attention to his fine mutton and beef and the poulterer to his geese and capons.  The smell of the fishmonger’s stand unexpectedly filled her nostrils and she swiftly veered off to her right.  “Come along, girl,” she snapped and Nell followed closely with her usual curtsey and “Yes, milady.”

As she turned, Henrietta caught sight of a small stall selling trinkets and knickknacks.  This type of stand was usually only seen at the midsummer and harvest fairs.  Henrietta was immediately drawn to this stall and hurried there, Nell in tow.

The man behind the table roared, “Ornaments! Curios! Baubles!”  He was swarthy and black haired and his moustache was so enormous that Henrietta blushed, so conspicuous was this display of virility.  After her small hesitation, Henrietta approached nearer still.  There was another lady there.  She held an object in both hands and was apparently studying it intensely.  She stood very still, mesmerised by it.  Henrietta, still a little way away, could not see what it was but, as she drew closer, she saw that it glowed with a goldish gleam.  As she rushed toward the table, elbowing people out of her way, Henrietta saw what it was.

It was a golden cow no bigger than the new born piglets that she had once seen during her childhood.  It was shiny and extremely ornate, engraved with curved lines and studded with embellishments.  The lady holding the golden cow gazed upon it with huge concentration.  The cow had a suckling calf with her and the pair of them stood atop a smooth, gleaming oval stand.  Henrietta could not take her violet eyes off it and was filled with such longing; she almost barged into the lady who was held in such thrall.

“I shall pay twice the price that you are offered for it,” Henrietta abruptly and loudly announced to the stall holder, surprising herself.  “Good morrow to you, my lady,” said the smiling man to Henrietta.  Then he coughed and looked pointedly at the other lady who held the ornament which immediately broke her concentration and she disappointedly handed the golden cow to him.  Then she turned away and, with a small sob, left the stand.

“My lady!” purred the man as he reverently handed Henrietta the statue.  “This is Kamadhenu, the Divine Goddess, the Mother of all Cows.  The Cow of Plenty.”  Henrietta snatched the golden cow from the man and immediately felt the strongest pull of desire.  She must own this trinket, this talisman of wonder.  Without asking what the price may be, Henrietta thrust her purse of monies at the dark eyed man with much eagerness.  It was all the money she had brought with her to the market but she had forgotton all about the other purchases she had meant to make.  She must own this wondrous charm, and all else was unimportant.  The moustachioed man took the purse, secreted it below his robes and bowed.  Henrietta left the stall with Nell close behind her asking timidly if she was to buy the items she had been told to.  Henrietta did not see the glint in his eyes nor hear the man’s final words as he whispered,  “All that is sacred can be found in her and all that you desire will be found there too.”

Henrietta hurried back to the horses.  “Hurry, girl,” she barked at Nell.  Then she and the silent, puzzled servant rode back to the house, the precious ornament held under Henrietta’s cloak.  On their arrival, Nell handed the horses over to the stableman and went inside after Henrietta.  The golden cow was stood with reverence on many different shelves before Henrietta was finally satisfied with her placement.  The statue rested on the great mantelpiece in the spacious parlour alongside Henrietta’s fine porcelain and silver plates.  After many hours gazing upon her newly acquired curio, Henrietta finally retired for the night.

The next morning, there was a commotion by breakfast time.  Nell could not find the mistress.  She and the other four or five servants searched the house and gardens for her, but there was no sign.  Her bed had been slept in but was unoccupied now.  The housekeeper went out to the stables but the stableman had seen not seen her either, none of the horses were missing and all the saddles were still in their place.

“We shall continue our duties,” announced the housekeeper.  “The Mistress will undoubtedly be home soon and if we want to receive our pay, meagre though it is, on Friday, we must carry on with our obligations.  Nell back to the kitchen, if you please.”  But morning turned to afternoon and then to evening and Baroness Henrietta Temperance Mary Browne did not return.

Four miles from the Manor House was the edge of a farm.  The farmer kept many animals and his farmhand son was in that far field tending the sheep when he spied something that seemed to him to be odd.  At the boundary of the field near the road, the boy saw a large white and brown cow.  It was unaccompanied and stood chewing the cud in the shadow of a tree.  The farmer owned only one cow which was walked every morning through the village by the milkmaid.  She took the cow to the door of the cottages there, milked the cow to order and sold the warm, fresh milk to almost all the dwellings there.  The boy knew the milkmaid had been around the village today already, and the cow was long since back in her pasture.  He took this new cow back to the farmer who, upon seeing the fine cow and her half-filled udder, told him with greedy eyes to put it at once in the meadow with the other one.  “Good fortune smiles upon us, my boy,” said the farmer and patted his son’s shoulder.

The milkmaid found the two cows there in the pasture the next morning.  She marvelled over this beautiful new cow which was in perfect health with a very full udder and the most unusual violet eyes.