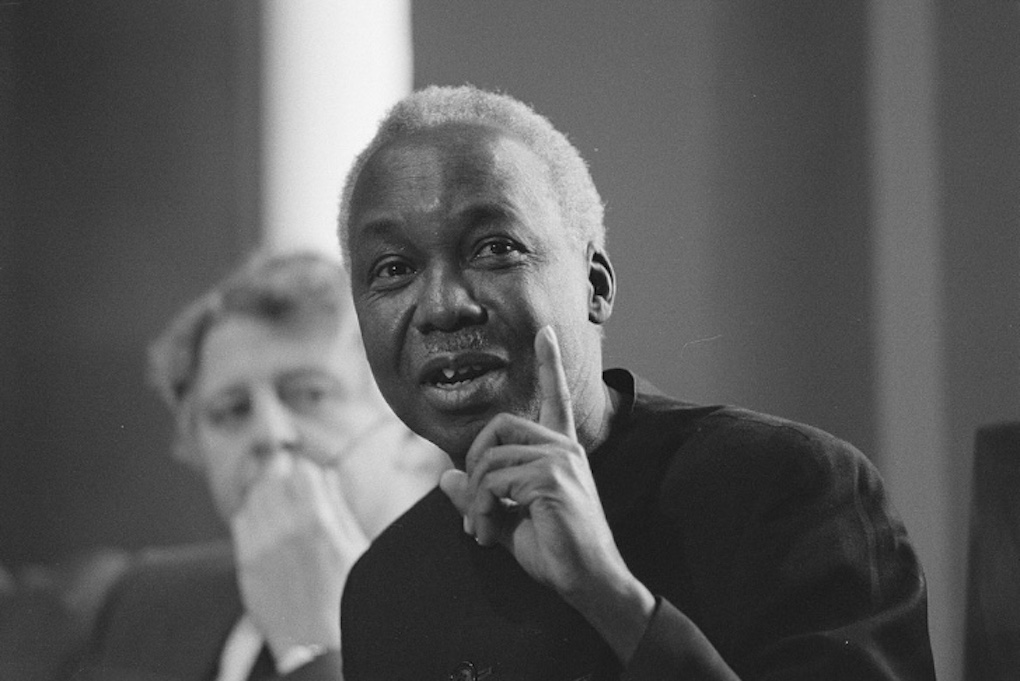 THIS is the first of a series of articles on people, individuals or groups, who have inspired us.

I was greatly influenced by Julius Nyerere of Tanzania. His speeches, publications, policies and lifestyle convinced me that socialism was desperately needed the world over. Youthful enthusiasm and idealism may have contributed to the inspiration I gained from him, but I still regard him as one of the world’s great socialists, another figure who was undermined by external and internal opposition.

An architect of African socialism

Julius Nyerere was a towering figure in twentieth century Africa. His policies were innovative, but based on African tradition. He was a fascinating and charismatic leader who transformed Tanzanian society. He was Prime Minister of Tanganyika from 1961 to 1962, President from 1963 to 1964,and was then President of Tanzania (the union of Tanganyika and Zanzibar) from 1964 to 1985.  Nyerere was one of the main architects of African socialism, and Tanzania was probably the finest example of a nation where it was introduced.  He advocated a traditional sharing of resources, based on the extended family, which is known as Ujamaa in Kiswahili. Nyerere believed it reached beyond family, tribe, community, nation and continent to ‘embrace the whole society of mankind’.  His ideal was the ‘equality and freedom of all‘.  He did not believe an African society needed to be taught about socialism: “We, in Africa, have no more need of being ‘converted’ to socialism than we have of being ‘taught’ democracy. Both are rooted in our past..in the traditional society which produced us.”

Upon independence in 1963 the country inherited a society with divisions between classes, between rural and urban dwellers, between different regions, between peasant farmers and larger farmers and between the elite and the vast majority of the people. Nyerere’s vision for Tanzania was set out in the 1967 Arusha Declaration. Large salaries were to be reduced, especially for government employees, and resources were moved from urban to small-scale projects in rural areas with the aim of advancing peasant farming to a higher standard. Ujamaa villages were planned where people would have communal land and work together for the benefit of the whole community. Nyerere was determined to change society, eradicate the relics of colonialism and promote cooperation and egalitarianism. He believed some citizens should make sacrifices to benefit everyone. He aimed to reduce the country’s dependence on the world economy and introduce the policy of self-reliance. Local control of funds and the state ownership of banks and certain companies were planned. Free education for all was to be established and Nyerere prioritised equality for women and women’s rights. The expectation was that people would see this as just, fair and right, and in line with traditional African society.

Lack of support and economic problems

In the long run, Tanzanian socialism could not be sustained. Some of the problems came from the international situation and the suspicions of the west. The 1970s oil crisis had an impact on the economy, and export prices collapsed. There was a reduction in foreign investment and two successive droughts. War with Uganda in 1978 meant that Tanzania’s finances were severely drained. Some of these issues were exacerbated by internal opposition, both from some peasant farmers who resisted being moved into communities and from the newly educated elite who had been expecting an increasingly comfortable lifestyle.

Sadly, when Nyerere resigned in 1985, Tanzania was still one of the poorest countries in the world.  However, Nyerere’s policies, based on his ethical principles, led to some remarkable successes. Fenner Brockway, the socialist MP, spoke of Nyerere’s impact early on as leading to “one of the most remarkable renaissances..the rebirth of a nation”. In villages “men, women and children by voluntary effort are rebuilding their society”.

The figures for infant mortality show a decline from 138 per 1,000 live births in 1965 to 110 in 1985. Life expectancy rose from 37 in 1960 to 52 in 1984. Enrolment in primary schools grew from 25% (16% of girls) in 1960 to 72% (85% of girls) in 1985, despite the considerable population growth. Adult literacy increased from 17% in 1960 to 63% in 1975.  Nyerere was firmly committed to universal, free, compulsory schooling. He stressed that not only minds should be educated, but also hands, in order to develop the resources of Africa. Healthcare also improved for many Tanzanians. Nyerere aimed to create many local clinics to bring advice and treatment to rural areas rather than to focus on large hospitals in urban areas.

Nyerere himself lived modestly and frugally. His lifestyle could be considered Spartan and he abhorred luxury. His lack of ostentation, incorruptibility, humility and charm could infuriate his critics, and westerners, used to leaders with much more extravagant lifestyles, found him hard to fathom.

With less antagonism from the international community, who rarely lend support to socialist regimes, and greater understanding and support from within Tanzania, Nyerere’s brand of socialism may well have built on the initial successes and transformed the country in the long term. Nyerere is still accorded the greatest respect in Tanzania and in Africa as a whole.