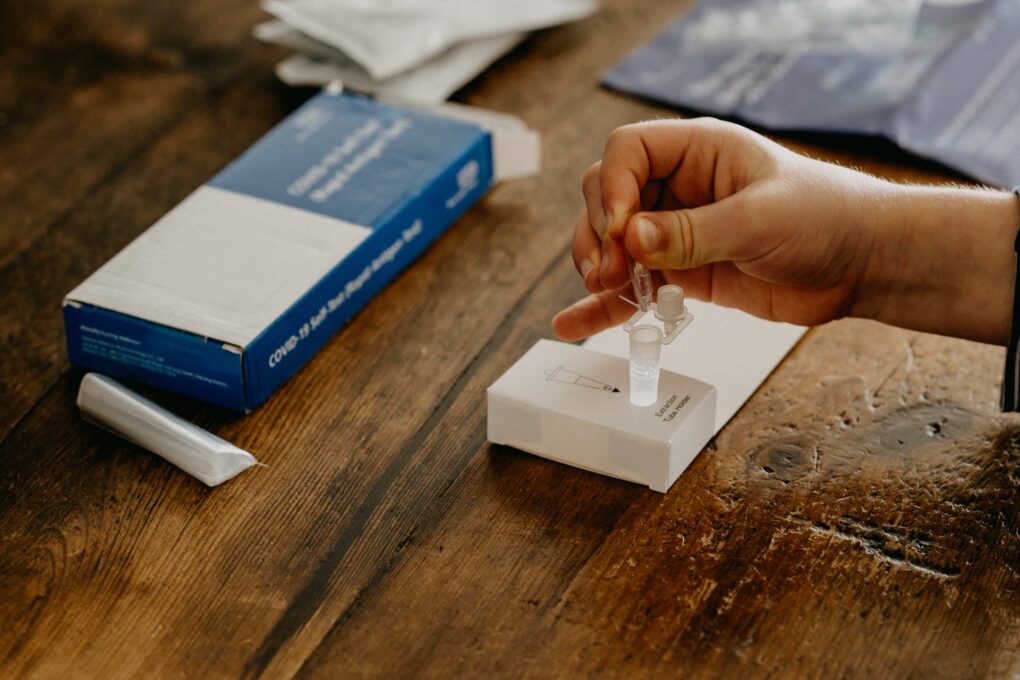 Photo by Annie Spratt on Unsplash

AS Omicron takes a hold and the infection rates across England continue to rise, it looks as though the Government in Westminster has taken the decision to give up any pretence that they are fighting Covid.

It was widely reported in the Sunday newspapers that the move to end free lateral flow testing was being promoted by the Treasury. A Whitehall source told the Tory house paper The Telegraph: “It’s agreed that universal access isn’t sustainable or necessary given high vaccination levels. We now need to decide what the parameters should be that reasonably qualify access to free testing.”

Since the Omicron variant took hold, Johnson has refused to accept what is obvious to every other Government in the World, including those in Northern Ireland, Scotland and Wales, that measures needed to be put in place to stop its spread. Instead they have prevaricated and given in to the vocal minority who remain Covid-deniers.

No friends of the working class

We should be under no illusion Johnson and his ilk are no friends of the working classes who form the majority of the unvaccinated. As they sit in their exclusive London clubs sipping their £200 bottles of wine they are laughing behind the backs of those who are suffering from long Covid, or who are forced to take time off work due to the virus.

There were more than 176,000 new cases reported last Friday and 343 new deaths. Meanwhile, the Westminster Government does nothing. The move to end free testing follows weeks of press briefings in which it was the number of tests that were blamed for the Omicron surge rather than the fact that the Government’s inaction was allowing the virus to thrive.

The UK now has 209,000 cases per million people. This compares with 19k/million in Vietnam, 37k/million in Australia, and just 3k/million in New Zealand. These are all countries that have adopted aggressive policies to stop the virus at source. Claims that the Government could not have done more are as laughable as they are clearly false. But, what we are now hearing from Johnson is what he has always believed. Covid has been seen as an opportunity to enrich Tory donors, but, as long ago as July 2021, Johnson said Britain would have to “learn to live with this virus”. What he meant was that, as long as the people dying and suffering were ordinary working class people, he was fine with just allowing the virus to spread.

What is worse is that people who are supposedly left-wing have supported this reckless approach to public health by repeating and amplifying the anti-Covid messages. When people’s lives are at stake this is not a matter of ‘individual choice’ but one of community protection. The ‘freedom’ of some people to carry on as if the pandemic did not even exist is a freedom only for those who are as reckless as the Tories. The number of people in the U.K. hospitalised with Covid-19 rose to 18,454 last Thursday, more than double the figure two weeks earlier.

We are in a critical place. Don’t be fooled into believing that the move to restrict lateral flow tests is anything other than the continuation of a policy in which doing nothing was fine. It will be ordinary workers, particularly those in health and social care, who will pay the price of this Government inaction.

More than 39,000 staff members at hospitals in England were off work for reasons related to COVID-19 on January 2nd, up 59 % from the previous week, according to NHS England. According to a survey of 2,455 hospital nurses from across the UK undertaken by NursingNotes, a massive 81% are still only being provided with minimal personal protective equipment (PPE).

There is what is probably a politically incorrect saying: the lunatics are in charge of the asylum. But, when you look at the incompetent bunch of right-wing ideologues occupying Westminster, it does seem strangely apposite. Critical Mass does not expect Tories to do anything but pursue their own class interests. But the fact that they are being supported in that by the opposition and some sections of the left who are buying into conspiracy theories rather than defending our class interests is particularly depressing.

Lateral flow tests, whether paid for or free, are not the answer. Proper public health planning and a commitment to eradicating Covid is what is needed. But people will have to accept that their freedom to do what they want, when they want, has to be constrained if we are ever to be truly free to live ordinary lives. That the Government have thrown in the towel is no reason why the rest of us should. But what it should have taught us, if we are capable of learning anything, is that the people who go into politics are largely there because they are incapable of doing anything else. To change that will require a change of system, and that is a longer term strategy.

One thought on “Johnson abandons science”