Rape – Nobody asks for it – Ever 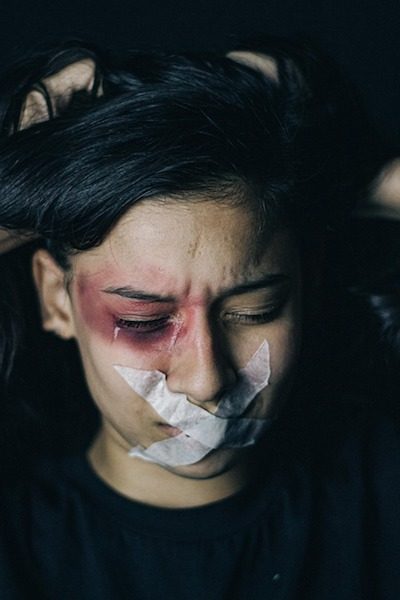 Image by Marcos Cola from Pixabay

This article is not primarily about statistics or theories, it is about attitudes to rape and the experiences of women and the impact of rape and sexual assault by strangers on women and their lives. It comes from the anger and despair I felt recently when a young woman I know, a tall athletic powerful woman, was brutally raped by two men she had never set eyes on before. She did not go to the police. Other women I know who have been raped have not reported the attacks. They are strong women, women you might have expected could have faced being questioned by the police and potentially a court appearance. Many women say the prospect of such an ordeal is too intimidating. Therefore, added to the sense of shame, disgust, and humiliation arising from the rape itself, there is a sense of shame and guilt that they have not taken action to try to have the perpetrators brought to justice.

I have been lucky, although I have been terrified on more than one occasion. Three times I came close to being raped. Another time I was pinned against a wall and subjected to a frightening assault one early evening on a residential street. On this occasion I froze completely, unable to struggle or resist. I understand why we don’t always fight back. Sometimes we are criticised for failing to do so, but we are often unable to move at all. The assaults I experienced were carried out by strangers. I did not inform the police. It did not occur to me. I thought it was what happened to women regularly, especially travelling around London, and the police had a reputation for increasing the humiliation we had already experienced. I have been groped in stations and had men expose themselves on a number of occasions. I was once sitting on an underground train and the man opposite decided to masturbate, not the first time this had happened. The London Transport Police might have apprehended him if they had been quick off the mark. I was not concerned for myself but tried to report it because there were often young school children travelling on that route at that time of day.

One in five women will be subjected to sexual violence in their life-time. Approximately 85,000 women experience rape, attempted rape or sexual assault in England and Wales every year. That amounts to 11 sexual offences every hour. Only 10-15% of sexual offences are reported to the police. We don’t know how many rapes by strangers go unreported. 40% of adults who are raped tell no one about it. People of all ages and appearances, and of all classes, cultures, abilities, genders, sexualities, races and religions, are raped. You feel safer as you become older, but I still remember with horror a woman in her eighties being raped and strangled by a young man as she took a short cut back home through a patch of trees with her shopping.

Why do men rape women? Joanna Bourke has written books and many articles about violence and the experience of rape. She has also turned her attention to examining the rapists. In ‘Rape: A History from 1860 to the Present’, she investigates the complexity of sexual violence and leaves the reader with the chilling realisation of how very widespread rape is. Most perpetrators of sexual violence are male, and most victims are female. A rapist is exerting power, dominance and control. A rapist is both a misogynist and a sadist.

Sometimes rape is planned but sometimes it is not. One rapist was interviewed after being apprehended and confessed that he had left home with no intention of harming anyone, but that a woman had seen him, looked alarmed and crossed the road. He was so angry that he was seen as a threat that he crossed the road after her and raped her. It is impossible for most women to understand this kind of violent response. Do some men, many men, have the potential for violence close to the surface?

Who remembers Stephanie Slater? Who remembers Jill Saward? These were notorious cases that haunted many of us for years.

Jill Saward’s life was ruined. A gang of three men broke into her father’s vicarage in London in 1986 to burgle the property. They tied up Jill’s partner and her father, and two of the gang raped Jill repeatedly before beating the men almost to death. Later Jill presented herself as dignified and collected. The judge thought that that was an indication that she had coped well with what had happened. Numerous voices were raised in outrage when he gave longer sentences for the burglary than for Jill’s rape and said to the rapists, “Because I have been told the trauma suffered by the victim was not so great, I shall take a lenient course with you”. There was a furious reaction, and many demanded to know why property was considered more important than a violated young woman. Jill also did much good in her life helping others, but never recovered. How could she? She died aged 51 in 2017.

Stephanie Slater was also traumatised for life. In 1992 she was held for eight days In a tiny coffin-like space after being raped by her kidnapper, Michael Sams. He had already committed murder, having killed Julie Dart in 1991. The country breathed a collective sigh of relief when she was set free. She was alive, and to many people that was what that mattered. But that was not the end of her ordeal. The behaviour of the police added to her trauma, trauma which stayed with her for the rest of her life. Stephanie said after some years had passed, “He took everything and destroyed the next 20 years of my life. But now I am ready to begin again. Most people begin their lives in their 20s and 30s but those years of my life were destroyed.” She bravely tried to help other victims of rape and did much good but she never fully recovered, never had that chance to begin again and she died at the age of 50.

Women are raped in war. These savage assaults on women are often encouraged by invaders as a way of humiliating and subjugating civilians. There are examples of rapes in war dating back centuries. I sometimes wonder how the men feel after having committed brutal offences against ordinary women and children. Many of these men will have families back home. I sometimes wonder too about gang rapes. Do the rapists have regrets? Would any of them have become so sadistic if they had been on their own or are they caught up in the mentality of being part of a group. Is it exciting to behave so violently? Do some of them feel they must go ahead or lose face? Whatever the reason, women are traumatised and lives are ruined.

Not long ago we learnt of inappropriate misogynistic exchanges between male police officers about sexual violence, laughing and joking about rape in WhatsApp groups. Colleagues ignored previous allegations of sexual misconduct against Wayne Couzens, the serving police officer who kidnapped, raped and strangled Sarah Everard in 2021, and they joked about his attitude to women, laughingly calling him ‘the rapist’. One of the latest news items concerns unspeakable offences committed by another Metropolitan Police Officer, David Carrick, who has pleaded guilty to 49 offences. These offences included dozens of rapes. The Met overlooked nine opportunities to put a stop to his depravity. There are now investigations into 1,000 sexual and domestic abuse claims, involving 800 officers.

At times it feels as if attitudes to women are becoming more violent and sadistic. Andrew Tate, the now notorious alpha male, has a large admiring following of young men, and there is considerable concern that he and others like him may encourage men and boys to harm women. He is undoubtedly influencing their attitudes and probably their behaviour. He has been blatant in his violent treatment of women and has made totally unacceptable comments about sexual harassment and rape, stating that women should “bear some responsibility”. He has argued that women belong in the home and are the “property” of men. In one of his videos he remarks in reference to assaulting a woman, “It’s bang out the machete, boom in her face and grip her by the neck. Shut up bitch”. He was prominent on TikTok, although he has now been banned from social media, and his videos have been watched 11.6 million times. Tate left the UK for Romania, citing one of his reasons as being because it would be easier to evade rape charges. He has recently been arrested there on suspicion of rape and human trafficking.

I doubt whether anything has changed over the years and whether anything will ever change. Many women feel unable to go out safely and confidently. We hear of the increase in the cases of ‘spiking’, the adding of drugs or alcohol to someone’s drink and recently by injection. Ensuing rapes are clearly premeditated, planned in cold blood. We hear regularly of mass rapes in various trouble spots in different parts of the world. Women demonstrate angrily and vociferously and have repeatedly demanded change, change in the attitudes in society, change in the attitudes of the police and, most importantly, change in the attitudes and behaviour of men. It is an outrageous, desperate and totally unacceptable situation that, the world over, misogyny and the urge to control, subjugate and perpetrate violence on women is still so widespread.